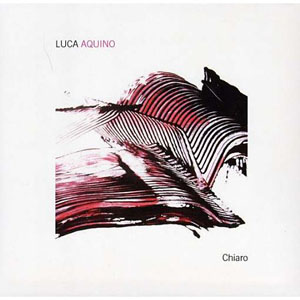 With Chiaro trumpeter/composer Luca Aquino distinguishes himself as a creator/sound engineer extraordinaire. Following up on his Lunaria (EmArcy, 2009) and Icaro (EmArcy, 2010), Aquino again takes instruments in hand and integrates a beautifully lyrical, sensitive human musical approach within a dazzling and dizzying panoply of electronically generated textures and rhythms.

Chiaro is an Italian word which can be translated as "clear." While the musical representations here are, at times, anything but, what is apparent is that Aquino is masterful at melding his melodic acoustic creations with the doors of programmed sound that are opening and closing around him. And, he's the one engineering those sounds, as well. This is a plugged-in funhouse of human- and machine-generated soundscapes, where interplay between the two entities—tones with drones and poundings—is what marvels. It's a highly complementary interaction.

Aquino's tasteful trumpet and flugelhorn playing is melodic and mellow throughout. Longer, drawn-out lines spin about and are congruent with what lies around him. His playing and approach to nuance is more Chet Baker sensitive than Freddie Hubbard fire. A delicious thought—what might Baker do here?—pops out and percolates throughout Aquino's playing.

There's no madness in Chiaro; rather, it's a Rubik's Cube of sound-color permutations ("John Bonham Strike"), where yearning mixes with the fire underneath ("Melodia"). Also, rather surprisingly presented are two popular commercial hits—the movie theme "La Strada" and "La Mer," recorded by Bobby Darin as "Beyond the Sea." The incorporation of these selections and the manner in which Aquino delivers them thrashes the conception that a melody can only be presented in one characterization. Perhaps Aquino is attempting to shatter ingrained prejudices while simultaneously illuminating and expanding their inherent beauty.

As with Aquino's prior efforts, Chiaro is an acquired taste. And, the world of sound textures—musique concrete—certainly has its geniuses and its charlatans. However, with his developing track record and this effort, Aquino seems closer to the former than a fakir. There is enough in this intriguing, inviting album to validate that. That much is very chiaro.