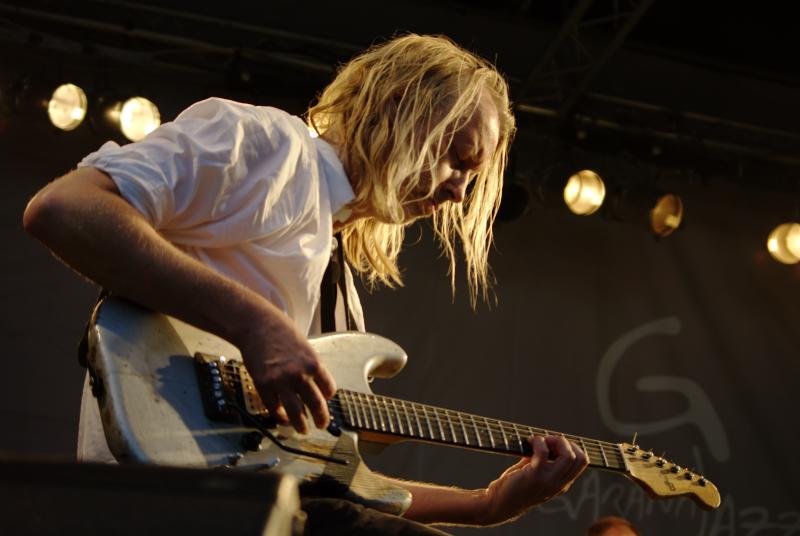 By Adriana Carcu
August 4, 2011
Sign in to view read count
The Garana Jazz Festival
Garana, Romania
July 21-24, 2011
Hidden in the heart of the Western Carpathians, the small village of Garana, —also called Wolfsberg by the Bohemian colonists who have inhabited it until some 30 years ago—has developed, during the last decades, into an international artist colony—hosting, for the 15th time this year, Europe's only open-air jazz festival, a kind of contemporary Woodstock. Instead of diminishing its appeal, the capricious climate and the special location seem to increase the ambition of the participants to belong to the "chosen," if not few, ones. Throughout its relatively short history, the festival has featured an impressive lineup of high-class artists —including Eberhard Weber, Mike Stern, Jan Garbarek, Charles Lloyd, Jean-Luc Ponty, Stanley Jordan, John Abercrombie, Miroslav Vitous, Zakir Hussain and Nils Petter Molvaer—becoming one of the most significant musical events of its kind, attended by thousands of jazz lovers who travel each summer to the mountains, ignoring the risk of rain and the chilly nights.
This year's illustrious lineup rewarded the audience with four days of good music in a well thought-out balance of consistency and diversity.

Bassist Avishai Cohen, the undisputed star of the festival, was flanked by two solid Romanian shows: Horia Crisovan Quartet—a double resonance of chords surrounded by waltz twirls, pitched by flamenco accents like the swish of a whip, and tamed towards the end into the steady flow of a quiet river, and Liviu Butoi Quartet, featuring vocalist Luiza Zan, who performed a singular show , a smooth, ever-revolving oscillation between lyrical and abstract modes, punctuated by the harsh, distinct tones of the saxophone. 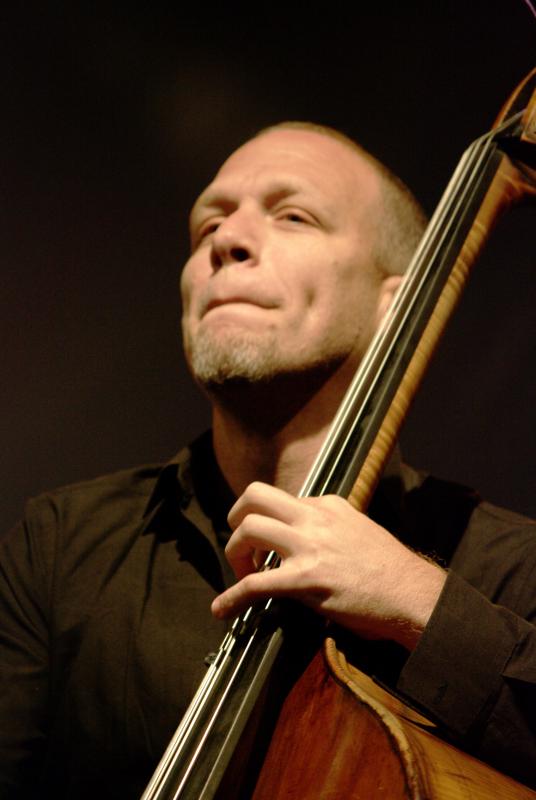 Avishai Cohen Trio came, saw and conquered like a summer storm that leaves you fresh and energized—except their show lasted a lot longer than that. As if determined to heighten the mood of the gloomy afternoon, Cohen gradually played himself warm, transporting the audience into a euphoria of rhythm and musicality. A master of his instrument, combining melodious, resonating chords with spectacular bouts of percussion, Cohen—together with his young but versatile band of pianist (Omri Mor and drummer Amir Bresler—performed a good two-hour show in which the audience played an ever-increasing part. During the eight encores, which made up the more spectacular and passionate second half of the show, music became a unifying factor flowing out to the dancing and singing audience and returning to the stage with intensified energy. A memorable show by a stunning musician who was having a great time was summed up by the words: "You are the best audience I ever had!"

The evening was closed by the Polish band Jazzpospolita, with a quaint performance, a fusion of post-rock and modern jazz elements with solid classical influences. 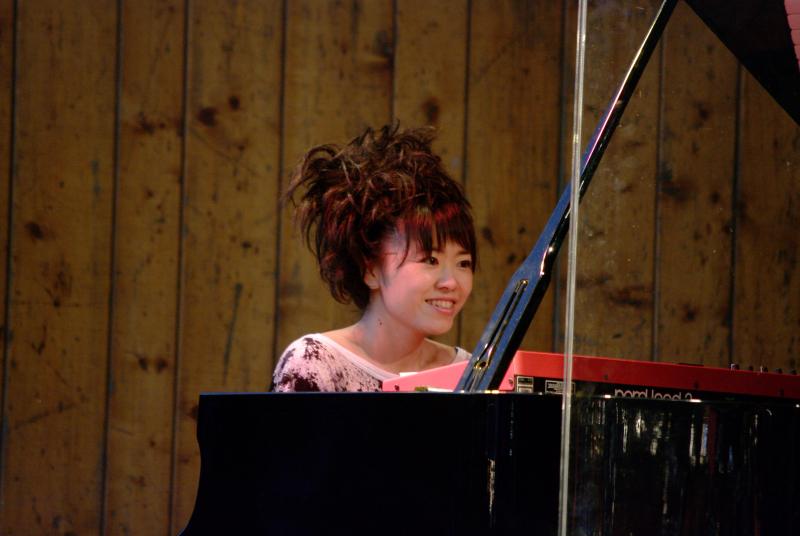 Hiromi Trio Project found pianist Hiromi Uehara, together with contrabassist Anthony Jackson and drummer Simon Phillips—three names that hardly need any introduction—bringing a highly fueled act of perfect musical interaction, building up the synergic tension, which invariably led to the innermost essence of jazz. Hiromi's aggressive and exacting performance fused energy to the brink of explosion, and electrified the audience, which followed the show almost breathlessly. Jackson's instrumental mastery made the harmonic link between two explosive rhythmical poles—Hiromi's almost masculine attacks of the keyboard combined with enormous joy of playing on one side, and Phillips' clockwork drumming of almost scary exactness on the other. A perfectly oiled jazz machine.

Food—percussionist Thomas Strønen and saxophonist Iain Ballamy, also featuring Christian Fennesz—mapped the reflexive counterpoint of the evening. The first band to represent the elusive, haunting flow of sampled improvisation; Food did not need long to take the audience to a different plane of perception. Most people were listening with closed eyes to the airy curlicues of the sax intermingling with the guitar riffs, marked obsessively by the drums' pulse, and gradually sank into the that inner world of sound that that allows each of us to process the music according to our own self-tailored emotional pattern.

Romania's Mike Godoroja & Blue Spirit—also named "The Balkan Led Zeppelin"—closed the evening with a mixture of classical rock and blues, sustained by the remarkable Robert Plant-like quality of Godoroja's voice.

The next Nordic group, Mathias Eick Quintet, opened its show with the title piece of their recently released Skala (ECM, 2011). The velvety, ballad-esque tones of Eick's trumpet developed into an all-engulfing groove with solemn accents underlined by Audun Erlien's bass line, which unfolded like gentle gusts of summer wind. The ebb-and-flow dialogue with the well-represented rhythm section—keyboardist: Andreas Ulvo, and drummers Gard Nillsen and Pal Hausken—culminated in crests of pure melody that then receded like the departing echoes of the Nordic spirits leaving behind a forest full of jazz lovers charmed by the sounds. 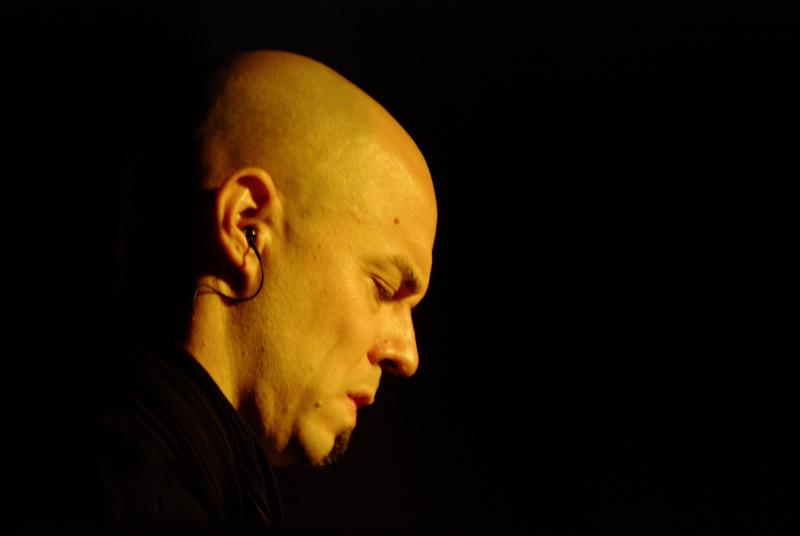 Nik Bärtsch's Ronin—pianist Bärtsch, bassist Biörn Meyer, bass clarinetist Sha, percussionist Andi Pupato and drummer Kaspar Rast—couldn't have had a better warm-up than Eick's group, or a cooler environment, for that matter, provided by the unrelenting heavy rain. From the outset, Ronin's music did not fail to transport into an inner territory where the audience was left at the device of their own imagination, a state masterfully supported by stage lightning that was achieved in spite of the openness of the performance space and the adverse weather conditions. However, it was becoming obvious that the meditative quality of Ronin's music (and that of sampled improvisation, for that matter) is best attained in closed rooms that create the illusion of the Platonic cave—the inner canvas on which the reflections of reality unreel in pulsing succession. As always, the peaks of Bärtsch's obsessive grooves—masterfully sustained by the percussion section and bass line, and the somber accents set by the bass clarinet—did not fail to bring out loud exclamations from an expert public that had already met Ronin in 2009 and who, in spite of the weather, stayed to the end with the stubborn determination of dreamers.

Romania's Mario and the Teachers, conducted by percussionist Mario Florescu, closed a stupendous night with an bright fusion of strong Romanian folklore themes and jazz elements, played in the best ethnic jazz tradition. 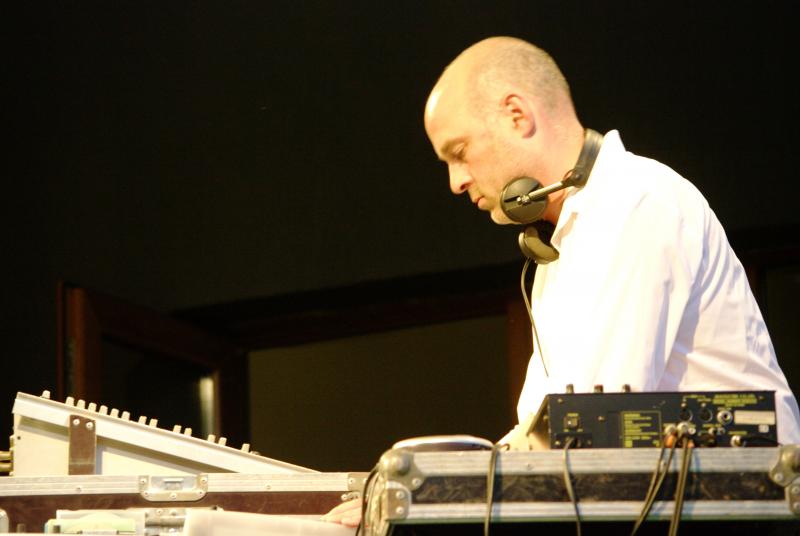 Jan Bang's ...and Poppies from Kandahar—with trumpeter/keyboardist Jon Hassell, bassist Lars Danielsson, guitarist Eivind Aarset, sampler Erik Honoré and sound engineer Arnaud Mercier—eagerly anticipated by most of the connoisseurs, started in a low, contemplative key,which, with the exception of two tentative takeoffs, continued somewhat subdued up to the end of the show. The music ebbed and flowed in subtle accents and solitary tones, completely immersed in its own dreaminess, creating a state of reflexive expectation. In spite of Hassell's fine-tuned instrumental interventions, just as enthusiastically anticipated by the public as Aarset's vigorous guitar riffs, the performance left a feeling of expectation that kept lingering until the end, when the band bowed and left, not even returning for an encore

Lars Danielsson Project—with pianist Leszek Mozdzer, guitarist John Parricelli and percussionist Xavier Desandre-Navvare—went straight for the heart, sending the audience into a trance with rhythms of waltz and Latin harmonies— reminders of the longing for torrid Spanish summers in those long winter nights when you are feeding your dreams with music. While the intricacies of the piano—in dialogue with the bass line and sustained by the rhythmical progression—ebbed into the abstract befopre flowing back into the theme, the archaic tones and ballad-esque wailings evoked the wind, the sea and the sun. 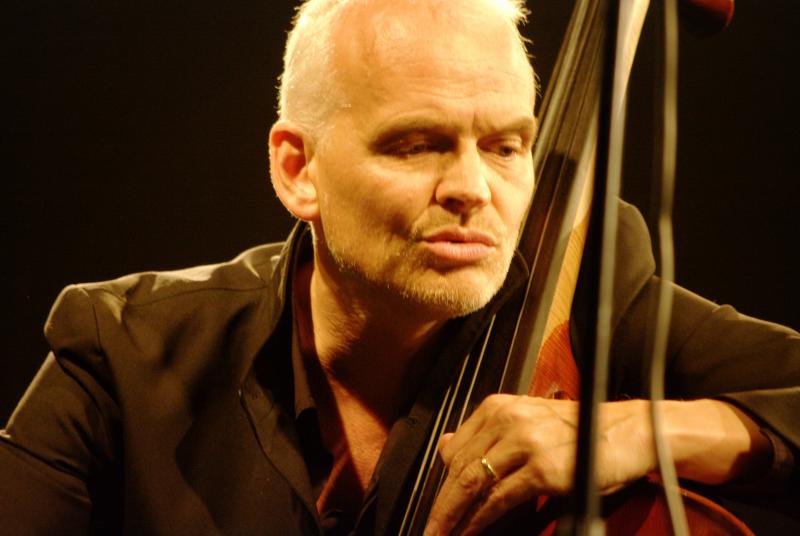 M Theory, a Romanian group led by the remarkable guitarist Marius Pop, closed with a fusion session mingling jazz and rock elements in a festival of superlatives that did not leave any wish open and quite a few dreams fulfilled.