Anthony Jackson (b. 1952) is quite simply a legendary figure in modern music. Although his first steps into music were with the piano and guitar he switched to the electric bass after hearing Motown bassist James Jamerson.

Having played on over 3000 recording sessions it is safe to say that Anthony Jackson is one of the most prolific recording artists ever, although in a career spanning four decades he declined offers to record a solo album until a meeting with Greek bassist/composer Yiorgos Fakanas who proposed they record as co-leaders. The result is Interspirit (Abstract Logix, 2010), an original-sounding fusion album with which brings together the best of Greek musiicans on strings, brass and top American musicians of the fusion genre.

Jackson has played with and recorded with some of the greatest names in modern music including Dizzy Gillespie, Buddy Rich, Paul Simon, Roberta Flack, Michel Petrucciani, Mike Stern, Quincy Jones, Pat Metheny, The O'Jays, Steely Dan and Wayne Krantz among many others.

The inventor of the six-string electric bass which he calls the contrabass guitar, Anthony Jackson has left an enormously influential mark on popular music and influenced countless electric bass guitarists.

Legendary and Trendsetting Bassist Anthony Jackson to Release His... 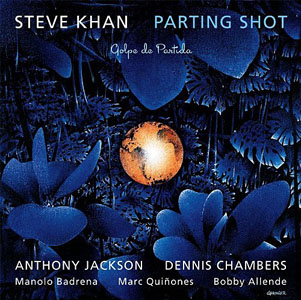 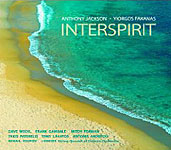 All About Jazz musician pages are maintained by musicians, publicists and trusted members like you. Interested? Tell us why you would like to improve the Anthony Jackson musician page.