Born in 1960 on the little island Sula (Norway), NPM was introduced to jazz from an early age by his musician father. After playing in school bands and local clubs he left Sula in 1979 to study music at the conservatory of Trondheim, where he developed his unique style and started to gain a reputation as one of Norway's emerging new talents.

His interest in both acoustic and electric music shows the ease with which he handles the conventions of pop, rock and funk, alongside those of modern jazz 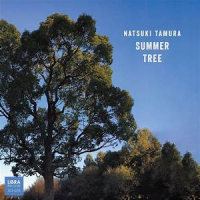 In 2002, the Natsuki Tamura Quartet released an album called Hada Hada (Libra Records). It sounded as if it was plugged into ten thousand volts, even Tamura's trumpet, and especially Satoko Fujii's synthesizer, in the making of a soundtrack to a “Cyborgs March on the Capitol" movie. And those cyborgs were mad. Odd stuff. In 2022, ...

Norwegian bassist Jo Berger Myhre is not new to the music scene—he has worked extensively with Nils Petter Molvaer's quartet, contributing to the trumpeter's Buoyancy (Okeh, 2016) and Stitches (Modern Recordings, 2021). But Unheimlich Manoeuvre is Myhre's first recording under his own name. In experiencing the artistry of a new (to a particular listener) ...

Miles Davis and like-minded free-spirited vanguards of his day opened jazz up to countless influences during one of the genre's heydays in the late '60s and early '70s. Ever since, the boundaries of jazz have been broken down more radically, disseminated and increasingly blended with everything from current trends in popular music to classical music and ...