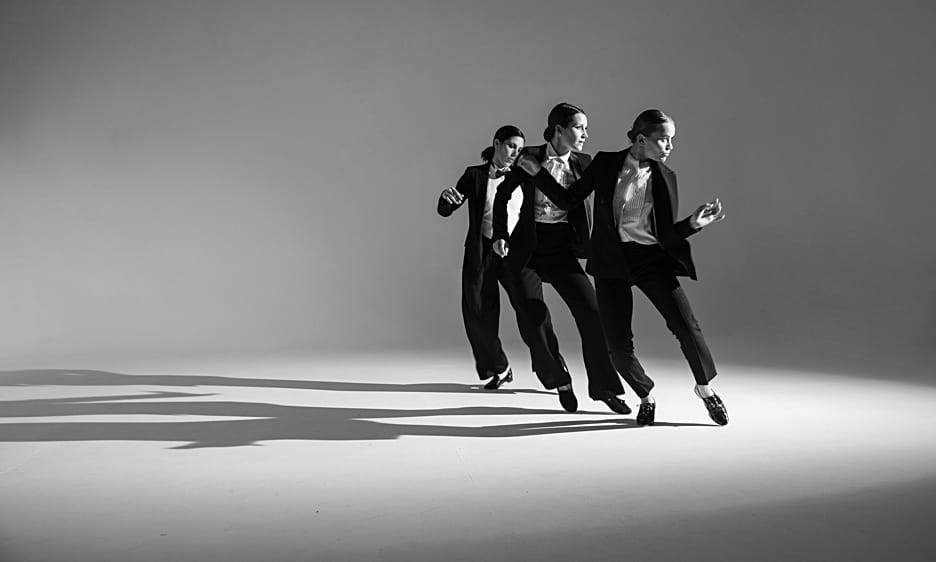 With more than 150 million views on Ksenia's dance videos which cover—amongst other styles—Ragtime, Charleston, Swing and Bebop, it seems natural that the repertoire this group performs looks back to the classic jazz of the '50s and '60s.

Their debut album Something Else is out now and they share the duties between them for this All About Jazz interview.

Continuous creation, search, innovation, improvisation. Those seem like obvious requirements. As well id like to mention that to me, human passion, truth and almost raw emotion are essential ingredients that will keep jazz alive and growing.

Jazz to me gives a gift of this pure connection and presence in the moment for the performer and the audience. And we need it today so badly, to be here, to be feeling, to be sharing something real. The world gets too digital, too much trapped in individual, words, politics and isms. —Ksenia

My first teacher was a great bassist from my hometown in Waterford, Keith McDonald. Later when I moved to university I studied with a Canadian upright player Dave Whitla, while also studying with saxophonist Len McCarthy, for lead lines and soloing. Over the years then I attended many master classes, with lessons from Rufus Reid and John Goldsby being two that standout, for influences it has always been, Ray Brown for sound, Scott LaFaro for creativity and trio playing, and Jaco Pastorius and James Jamerson for electric, maybe not original choices, but those four guys define who I am as a bassist. —David

"I'm Singing in the Rain..." Actually, I write and sing my own songs in the shower, often! —Ksenia

I always try adapt my playing to the music, and what it needs. I have a more distinctive voice on modern stuff, using a lot of effects, and extended techniques, which ends up sounding more unique and definable. But that sound isn't always needed, especially when it comes to swing like this album. Then I just want to be fundamental and solid, while always creating as much energy as I can. I need to feel it, as soon as it gets cerebral I know I'm not playing well, but my approach is always gut and feeling based, and I guess if I have a thing it's my love of pedal notes, to build that tension and get that feeling of release as much as possible, which maybe also comes a bit from my love of electronic music. —David

Josephine Baker. Her extraordinary life and persona is fascinating. I'm admiring the strength and determination throughout all the periods of her life. How difficult it must have been to change country in that era and take the complete rejection in your home country white at the same time be accepted in Europe. How strong a person but as well how strong an artist one must be to continue be who you are and do what you believe in no matter the storm and scandal surrounding you. Her talent was immense, he personality so powerful but she lived in such difficult, horrible times of racial injustice and female oppression. I'd love to know what kept her going, what fed her strength, what she was proud of and what regretted. —Ksenia

In this hypothetical situation I guess it would depend if I know the people. Good music comes from building relationships and trust with each other, and supporting each other musically, so we make a cohesive sound.

You have to know who is leading the way, the worst music happens when everyone is trying to be in control, or no one has direction, in that way for me there is a large element of surrender. I love following a pushy drummer, and just being a bit lazy on the bass, it gives such a nice swing, but put me with a lazy drummer the thing may be super heavy. So I'd start with a great drummer, who is not busy, has access to every colour a kit can offer, and uses them sparingly. I'm listening to a lot of Eric Harland right now and would love to play with him, then it would have to be the guys who have always inspired me: Herbie Hancock on piano, Pat Metheny on guitar, Joshua Redman on saxophone. —David

I could pick 100 songs here, and it's really about what mode I am in at the time, but three I am really enjoying right now are: "Kadota's Blues" (Oscar Petterson Trio), "Rock A Bye Basie" (Illinois Jacquet) and "Hey Now" (Red Garland). —Ksenia

In November last year I was asked to fill in for an upright player in the Maldives for two weeks. It was a six week gig on a tropical island, with its own private surf spot, and dive centre. Paradise. When we arrived we were told our instruments would be coming the next day so just relax. It took 13 days for my bass to come, enough time to for me to play one gig, and have a paid holiday. —David

I have a degree in philosophy and anthropology for Hernzen State Pedalogical University in St Petersburg, and at the time learned Norwegian as part of the course, as well as now speaking Spanish, Russian, English and some French and Swedish. —Ksenia

I've played a residency with a group the Niall McCabe band for nearly five years in a great little venue Coughlans every Sunday. It's a small room, holds about 80, but you are just fully in control of your own sound. We played there so much as a band we learned to create a very special sound there. Also the staff and owners are amazing. —David