Rocco Scott LaFaro (1936-1961) was a musician of the first order, who found his 'voice' in jazz in the mid-1950s. His played the double bass violin, better known today as the acoustic bass to differentiate this instrument from the electric (or electronic) bass. His life was cut short in an automobile accident in the summer of 1961 near Geneva, New York, his home town. Although he performed for only six years (1955-1961), his innovative approach to the bass astounded his contemporaries, and to this day his recorded performances continue to surprise and delight.

Those who have found the Bill Evans Jazz Resource on the Internet know of the profound interplay among Paul Motian, Scott LaFaro and Bill Evans in a jazz trio that for many musicians to this day remains a model of sonority, complexity, and swing. Scott LaFaro's bass playing 'alchemy' (to borrow from an Ornette Coleman recording on which LaFaro performed) propelled Bill Evans to meet the artistic challenge of balance in a jazz trio.

The trios of Art Tatum, Nat Cole, and Oscar Peterson feature the pianist. Bill Evans and Scott LaFaro and Paul Motian were of one voice. The Evans trios that followed in the wake of the tragic death of Scott LaFaro in 1961, continued the search for balanced interplay but, notwithstanding the contributions of Chuck Israels and Larry Bunker, Gary Peacock, Eddie Gomez and Marty Morell and Elliot Zigmund, Marc Johnson and Joe LaBarbera, musicians with technical facility and swing, the pianist's voice remained dominant.

The post-LaFaro trios of Bill Evans achieved maturity and polish, the result of many years of playing together. Evans and LaFaro and Motian played (and recorded) as a trio less than two years, from December 1959 to June 1961. It is the sense of harmonic exploration and discovery, challenge and response, time's ebb and flow, that draws one to listen again and again to Portrait in Jazz, Explorations , Sunday at the Village Vanguard, and Waltz For Debby. These recordings are as fresh today as when they were first made, and together serve as an archetype of the jazz piano trio.

Scott LaFaro's mastery of his chosen instrument began after his 1954 graduation from high school. Although he played bass only six years, LaFaro remains a beacon for jazz bassists.

Born in Newark, New Jersey, LaFaro grew up in a musical family (his father played in many big bands). He started on piano while in elementary school, began on the bass clarinet in Junior High School, changing to tenor saxophone when he entered High School. He only took up the double bass the summer before he entered college, since learning a string instrument was required for music majors. About three months into college, LaFaro decided to concentrate on bass.

He entered college to study music but left during the early weeks of his Sophomore year, when he left to join Buddy Morrow and his big band. He left that organization in Los Angeles after a cross country tour and decided to try his luck in the Los Angeles music scene. There, he quickly found work and became known as one of the best of the young bassists. In 1959, after many gigs with such luminaries as Chet Baker, Percy Heath, Victor Feldman, Stan Kenton, and Benny Goodman, LaFaro joined Bill Evans, who had recently left the Miles Davis Sextet. It was with Evans and drummer Paul Motian that LaFaro developed and expanded the counter-melodic style that would come to characterize his playing. Ornette Coleman also collaborated with him around this time.

LaFaro died in an automobile accident in the summer of 1961 in Flint, near Geneva, New York, two days after accompanying Stan Getz at the Newport Jazz Festival. It was also just ten days after recording two live albums from the same performances, Sunday at the Village Vanguard and Waltz for Debby with the Bill Evans Trio. These two albums are often considered among the finest jazz recordings ever made. Although he performed for only six years (1955-1961), LaFaro's innovative approach to the bass redefined jazz playing bringing an "emancipation" introducing "so many diverse possibilities as would have been thought impossible for the bass only a short time before" [1], and inspired a generation of bassists who followed him.

"His approach to the bass...it was a beautiful thing to see...He was a constant inspiration." —Bill Evans 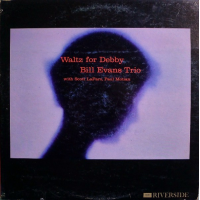 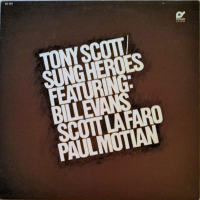 I Hear A Rhapsody

From: Pieces Of Jade
By Scott LaFaro 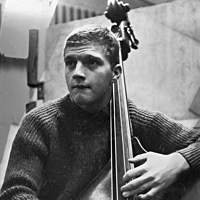 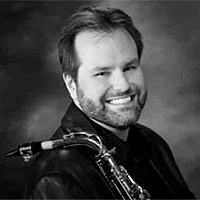 All About Jazz musician pages are maintained by musicians, publicists and trusted members like you. Interested? Tell us why you would like to improve the Scott LaFaro musician page.