Sam Jones was a solid jazz bassist with impeccable technique, who could also swing and groove with the best of them. Most associated with his tenures with Cannonball Adderley, and then Oscar Peterson, he also went on to front his own bands and left a reputable recorded legacy as a leader.

Sam Jones was born in Florida on Nov. 12, 1924, starting his career playing in local bands. By 1953 he was playing with Tiny Bradshaw , then after moving to New York in 1955 he joined up with the groups of Kenny Dorham, Cannonball Adderley, Dizzy Gillespie, and Thelonious Monk.

But it would be with the Cannonballs Adderley Quintet, from 1959 to 1966, where he would establish his reputation. Paired up with stellar drummer Louis Hayes, in what has proven to be a benchmark rhythm section for being “in the pocket.” There have been few better.

He also did solo projects during the early sixties and released some fine sides for Riverside, where he was able to stretch out on some of his cello oriented pieces.

Jones went on to replace Ray Brown in the Oscar Peterson Trio in from 1966 to 1970. From this setting he moved on and teamed up with Cedar Walton and Billy Higgins.

From 1977 to his death in 1981 Jones remained very active both as leader and sought after session player. His recording with a twelve piece big band in 1979 “Something New,” has been reissued and being appreciated again. This is also the case with fine session for Muse in 1977 "Something in Common," which is superbly reviewed here at allaboutjazz. 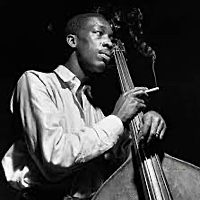 All About Jazz musician pages are maintained by musicians, publicists and trusted members like you. Interested? Tell us why you would like to improve the Sam Jones musician page.