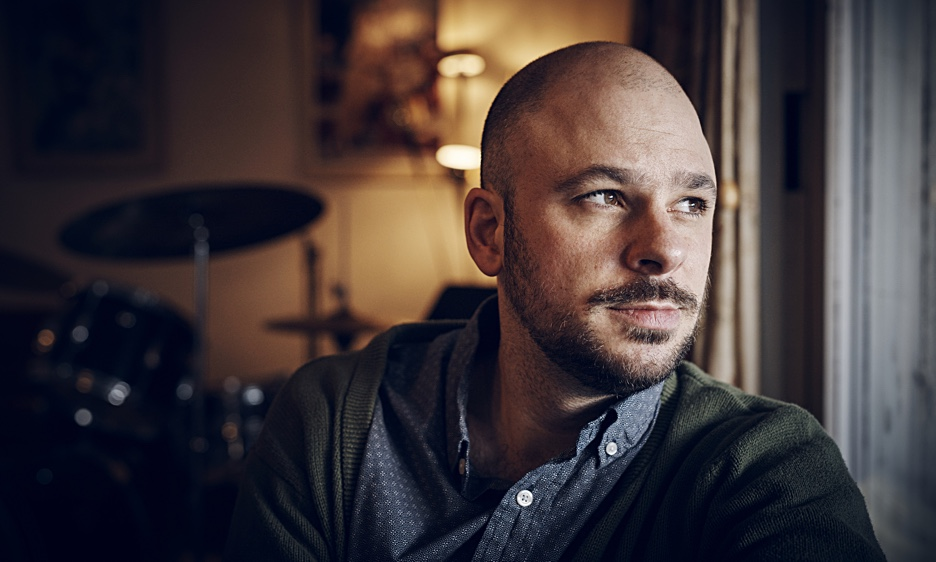 By CHRISTOPH IRNIGER
February 5, 2019
Sign in to view read count

Christoph Irniger, born 1979, is a Swiss saxophonist, composer and bandleader. According to the Sunday edition of the Neue Zuercher Zeitung he is "undoubtedly one of the greatest talents of his generation." In recent years, Irniger has made a name for himself in a range of line-ups, playing jazz, rock and related musical styles. Irniger is leader of the band Pilgrim and the Christoph Irniger Trio which between them have released several albums, mostly on Intakt Records. He is also co-leader of the prog-rock band Cowboys from Hell. His work has been documented on over twenty albums to date and he has played concerts and tours throughout Europe, Asia and the USA. His regular visits to Berlin and New York have led to a number of diverse collaborations, including: Nasheet Waits (No Reduce Jaywalkin' (nWog, 2013)), Michael Bates, Don Philippe, and the band Counterpoints with Ohad Talmor. Irniger teaches at Zurich University of the Arts and the Musikschule Konservatorium in Zurich.

My way of playing is very much influenced by a lot of different musicians—manly jazz musicians—and all different kinds of music as also life itself. It gives the content and the need to do music and feed the passion, such as home, family, nature, meeting people, discussing, travelling and art. As saxophonist / musician, all my teachers had a big influence: Starting with a solid (French) classical education with Alphons Ruegg as a kid, learning about jazz improvisation and the spirit of this music from my second teacher Michael Allemand, to my teachers at Jazzschool Christoph Grab and Nat Su—as well as all the other teachers and co-students in these institutions. And of course, the music itself, mainly jazz music and having different idols at some point of my studies, such as: Dexter Gordon, John Coltrane, Steve Grossman / Dave Liebman (Live at the Lighthouse!), Chris Cheek, Mark Turner, Matt Renzi, Chris Speed, Tony Malaby, Wayne Shorter among many others (also from other instruments).

I was around 20 years old. At that point I was studying with a Jazz School student, who was kind of an idol for me. After graduating from Gymnasium, I was applying for Jazz School myself and when I started there, became injected by the atmosphere of the music being the center of everybody's life there.

I love jazz, and I see my playing / sound strongly rooted in this tradition, influenced by its various exponents—as also life itself. I don't see jazz as representing a particular sound or content, however, but as a way of making music. To me jazz is that music which always processes the music of its time. I hear music as different melodies. Also the bass, the rhythm, and the harmony. They are all kind of melodies for me which could work for themselves and all have the same value. There are compositions I wrote with melody but there are also a lot of compositions where you can't really say which is the melody, or you hear different melodies. I think that as a musician, you don't need to constantly try to reinvent yourself. If the environment is right, the music will reinvent the musician.

I try always to put the needs of the student in the center and try to help him, so he can help himself. I also think it is very important to be open to any kind of musical style and try to do different things before judging—on any level.

I am super happy with the musicians I am working with currently. They are not only some of my favorite musicians in the world, they are also some of my best friends.

>My worst experience was in Russia, when a tire broke in the middle of the night somewhere outside Moscow and a drunk guy came down the road and pulled a gun on us. It ended up being some of the luckiest moments as well when some young guys stopped by and took us to Moscow.

G Livelab, Helsinki: It is a super stylish place.

Octopus by Christoph Irniger Trio. It is the kind of music I listen at home—very song oriented and works also as background.

I think it is the concept of playing and the original band sound of my group Pilgrim: The idea of the band is that everything should be possible in the context of the story we work. Everybody contributes their energy to the common force, with an open mind and deep respect for each other as individuals—which is the main key to how the band sounds. Although we play compositions and in a certain context, the music never has to be a finished product. The compositional material proposes certain questions which give us the room to piece them together, sometimes propose answers or sometimes go deeper into the unknown. We try to be open to the plurality in things. It is about different views or emotions to a certain fact—about individual handling. So the compositions are mostly based on very few material, even if there are several parts. The idea is to have one story or context and show different emotions or ways to it. Some is composed, some free improvised, but always painted as a song. It's not an easy concept but works because of respect, trust and a long friendship.

I basically only practice standards? Of course I practice the scales and cords, sound, rhythm, etc.. But for the improvisation it's basically the standards: Trying to master these pieces provide all I want to learn and be able to do (musically).

As I said before: I don't see jazz as representing a particular sound or content, however, but as a way of making music. To me jazz is that music which always processes the music of its time. So, it's a music which is always in process and progress—and hopefully never a finished product—which I personally think is a good thing.

I think one main point is, that the musicians, listeners, fans, etc. stay open to different styles within jazz. There are always different solutions regarding composition, interpretation, improvisation and the amount of all the three together. I think it is really important to listen first and listen again and maybe even more before judging. To me this attitude is very important, not only in music. I believe that there are always several ways or views of the things we are facing in life and the respect for that is essential. It's more about how you handle it than what you handle. And you miss a lot if you don't listen what is around.

I just released the new CD Crosswinds with my quintet Pilgrim on Intakt Records two weeks ago and we will start touring in the end of February in Belgium, the Netherlands, Turkey, Switzerland, Germany and Spain. In August/September and December we will play in USA. Further we keep on working with the Cowboys from Hell, Counterpoints and I plan a new recording with my trio this year.

There is no such like that. Of course, I hope the electronics work when I play with the Cowboys from Hell ;).

I Loves You Porgy

I teach at the music school of Zurich (Musikschule Konservatorium Zürich MKZ).