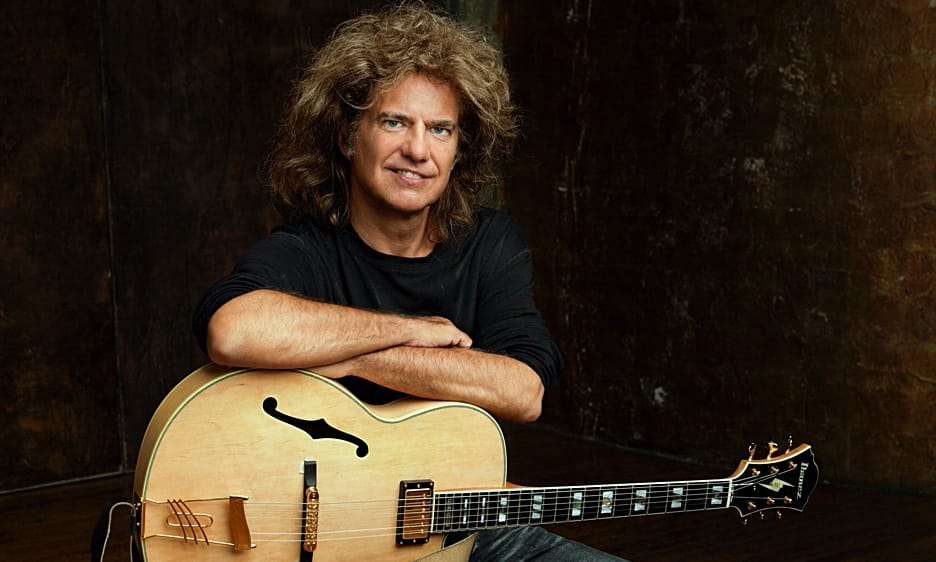 By IAN PATTERSON
November 10, 2017
Sign in to view read count

I am doing something that I had not really done before by going out and playing mostly older music, a lot of which I have not played for a long time —Pat Metheny

It's been five years since Pat Metheny was last interviewed by All About Jazz, a not inconsiderable period of time in any working musician's life and particularly in one quite as prolific as the Missouri guitarist/composer. At the time, Metheny was promoting his Unity Band featuring Chris Potter, Ben Williams and Antonio Sanchez. His unconcealed enthusiasm for the band was matched by the general acclaim for its debut Unity Band (Nonesuch, 2012), the follow up Kin <—> (Nonesuch, 2015) and sold out gigs around the world. Unity Band also dipped into the Metheny back catalog in its incendiary concerts, suggesting that it had become, with the extended hiatus of the Pat Metheny Group, the guitarist's primary concern—a band capable of tackling anything Metheny could throw at them.

Yet it would be a mistake to second guess Metheny, after all his career has been built upon new ventures, upon reinventing himself and pushing boundaries. In 2015, after several years touring with the Grammy-winning Unity Band, Metheny took something of a break from the road—by his standards at least—for the first time in two decades. For a while Metheny dedicated himself to new projects, notably his heartfelt Hommage for Eberhard Weber and a powerful collaboration with Cuong Vu—Cuong Vu Trio Meets Pat Metheny (2016).

Then, in 2016 Metheny returned to full active touring duty, not with the Unity Band, but with a new line-up featuring Malaysian-born bassist Linda May Han Oh, Gwilym Simcock and perennial Metheny drummer, Antonio Sanchez. In a break with tradition, Metheny went out on the road that year without a record to promote. "It is hard to know anymore exactly what impact records have on things," ponders Metheny. "Even for me, I never really know when someone does or doesn't have a new record out. The days when that was the driving force behind everything seem to have changed."

It may appear like a strangely relaxed attitude for a man whose records have clocked up in excess of twenty million sales, but for Metheny the music has always come first. "That has always been my focus," he says, "and I have never worried too much about the other stuff around the music."

The current band's dates have been billed as "An Evening with Pat Metheny," and without fresh material of its own the quartet is delving deep into Metheny's songbook. "I am doing something that I had not really done before by going out and playing mostly older music, a lot of which I haven't not played for a long time. It has been great to hear what we can do with those tunes night after night. At this point I think the guys know about sixty tunes so I can just start and pick them out as we go," Metheny explains. "There are tunes that kind of push their way to the front of the line at different points, then recede while another one takes over for a week or two. It has really been fun."

A lot of the fun factor, Metheny says, boils down to the relaxed personalities and personal chemistry between the musicians—an increasingly important consideration for the leader. "At this stage of life [Metheny is sixty three] my tolerance for a lot of personal drama is pretty much zero, so the kind of person the musician in question is has become a major thing for me as to whether I could hire them or not."

Nor is technical virtuosity the main thing that Metheny looks for in a musician. "There are lots of musicians who are fluent, way more than ever, but it turns out that fluency doesn't actually add up to much if there isn't something behind it. I hear so many musicians where it seems like their message is 'I am a really good musician, I play really well, I am really talented'—and I always appreciate that as a practitioner myself and as someone who is very interested in the language—but I find that without some serious sub-text to go with that fluency I lose interest very quickly."

A musician who ticks all the right boxes for Metheny is Antonio Sánchez, who has drummed in just about every configuration of Metheny's groups for nearly two decades. "Antonio is a great drummer, a great musician, and above all, a great person," acknowledges Metheny.

"We have been playing just about twenty years now and every night is a total joy with him. He takes it all very seriously, as I do. He is one of the very few musicians I have met who has the kind of imagination to keep coming with germane stuff night after night, even on a long tour. The best part for me is that I don't have to worry about a lot of stuff because I know he is really going to take care of business. That allows me a lot of freedom to do different things myself and also focus on the larger picture."

Sánchez, in an interview with All About Jazz around the time of the birth of Unity Band, highlighted Metheny's ability to weave the complex and the simple together. For Metheny, finding bandmates who are on the same page is not a simple matter. "The truth is, it is pretty easy for me to find folks who can play really complicated," says Metheny," but it is very, very difficult for me to find people who can play really simple and make every note count. Finding folks who can do both is almost impossible for me. Antonio is one."

Gwilym Simcock is another. Described nearly a decade ago by Chick Corea as "a creative genius," Simcock made his name in Bill Bruford's Earthworks, Tim Garland's Lighthouse Trio and Malcom Creese's Acoustic Triangle. His star has risen ever since. His own records as leader, notably his second album Blues Vignette (Basho, 2009), a beautiful meeting of jazz and classical idioms, singled him out as a highly accomplished composer and performer with a broad, inclusive vocabulary. In the early days Simcock was frequently compared favorably to Brad Mehldau and Keith Jarrett, so it's perhaps not surprising that the pianist should eventually come to Metheny's attention. Metheny, after all, knows a thing or two about playing with pianists.

Over the years Metheny has played with piano legends such as Herbie Hancock, Chick Corea, McCoy Tyner and Joey Calderazzo, although his most significant partnerships have been with Lyle Mays—for three decades in the Pat Metheny Group—and with Brad Mehldau, with whom Metheny recorded a couple of albums, also touring extensively. Simcock, like Mays and Mehldau, is another pianist that connects on a deep level with Metheny. "I do think that Brad, Lyle and Gwilym have something in common in that they all bring a degree of understanding about the guitar as an instrument and what it does," says Metheny, "and that they can address that from an almost orchestral point of view at the piano. It is different from a saxophone."

Rounding out Metheny's band is the extraordinary bassist Linda May Han Oh. Malaysian-born, raised in Australia and New-York based, Oh made a splash with her debut as leader, Entry (Self-Produced, 2011) and has gone on to release several more critically acclaimed recordings under her own name, including Walk Against Wind (Biophilia Records, 2017), inspired in part by mime great Marcel Marceau. Oh had performed with heavyweights like Joe Lovano, Kenny Barron and Geri Allen and her playing made an instant impression on Metheny.

"When I was planning this round of touring I thought of Linda," Metheny explains. "She, Antonio and I got together and it was instantly a great fit. Over the past couple of years I have seen her get even better. She is a force and is already making a serious contribution to the scene. I love playing with her."

Besides the touring, Metheny has been busy putting together his own Real Book -a collection of one hundred and forty seven of his most played tunes. Perhaps one of the most telling—and no doubt gratifying—signs of Metheny's importance as an influential figure of contemporary music, however, has been the inclusion of his music on Berklee College of Music's credited courses. "Gratifying is the right word," says Metheny. "It is a bit of a surprise to me that so many of the tunes have had lives outside of their original context."

It's a reality that dawned on Metheny when he was compiling the songs for his Real Book. "I found myself realizing that those notes on the page will wind up having as much or more of a lasting place in things than the recordings, or the gigs, or the films. The basic arguments laid out in those pieces, even the really early ones from Bright Size Life (ECM, 1976) and around then still seem viable to me."

Still viable, still incredibly dedicated to his craft and still hugely popular around the world -some things about Metheny never change. Whether this current band will go into the studio to record remains to be seen. So too, the direction that Metheny decides to take next. He may be at something of a crossroads in terms of choosing his main vehicle going forward, though he might just as easily decide to rotate his principal bands—a solution that would please many.

With line-ups old or new Metheny could conceivably mine and reinterpret his song book for the rest of his days, though that seems highly unlikely for a restless artist whose many Grammy nominations—and twenty outright Grammy Awards—have come in fields as diverse as jazz, jazz-fusion, rock, pop, country and New Age music. The music Metheny produces may change stylistically, as may the players, but one thing remains constant: "What never changes," says Metheny, "is that you have to keep your eye on the music and play every gig like it is the last time you will ever play." 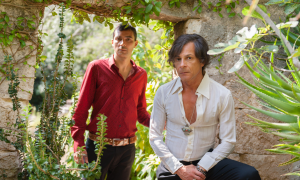