Everybody knows Joey Calderazzo, the phenomenal band pianist. From the time of his emergence with Michael Brecker in 1986 through his recent work in the Branford Marsalis Quartet, and on five previous albums under his own name, Calderazzo has proved to be among the most intense and engaged of contemporary soloists and accompanists. His energy, technique and rapid fire imagination have marked him as one of the most exciting jazz pianists to emerge in the past two decades. Calderazzo has documented this commanding mastery of group interplay on five previous albums that found him matching ideas and passions with such imposing artists as Brecker, Marsalis, Jerry Bergonzi, Jack DeJohnette, Dave Holland, John Patitucci and Jeff “Tain” Watts. After nearly two decades in the spotlight, Calderazzo has become a more complete and nuanced player, one equally capable of touching souls with taste and sensitivity 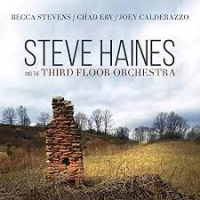 Branford Marsalis, tenor and soprano saxophone maestro and member of the important musical clan, emerged forty years ago in Art Blakey's Jazz Messengers and as a sideman in his brother Wynton's early endeavors. For thirty years, the primary vehicle for his own releases has been predominantly the sax-piano-bass-drums quartet but recently he has produced work in ...

Part 1 | Part 2 | Part 3 It would be nice and tidy if the development of tone color as a primary in jazz piano matched its development in the other instruments, but that is not the case. From early on in jazz's history, composers and bandleaders like Duke Ellington, Count Basie, Cab ... 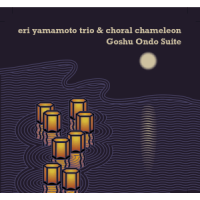 Branford Marsalis at The Ohio Theatre