John Petrucelli Quintet—The Way (Self Produced, 2014). New Jersey-native saxophonist John Petrucelli is an ambitious young man releasing his debut recording, The Way, as a two-CD set. The eleven selections presented are divided roughly in half, original compositions to standards. Petrucelli's quintet contains both a guitar and piano as harmony instruments, providing a fully-realized foundation for this performance. Thelonious Monk's "Gallop's Gallop" is a circuitous case in point. The complexity of the piece is muted by the mastery with which Petrucelli turns the song out. This same facile ability translates well into Petrucelli's originals, "Arrows of Longing" being a good example. At 26 years old, Petrucelli proves to be an old soul more influenced by Michael Brecker, Chris Potter and Donny McCaslin than the older masters (though he is well studied in them). John Petrucelli is a young talent to watch.

Blackberry Smoke—Holding All The Roses (Rounder Records, 2015). The Whippoorwill (Southern Ground, 2012) was a nearly perfect release with its southern rock grit and over-the-top clever (made-for-modern-country-music) lyrics. Holding All The Roses? Not so much. A change in both record label and producer has removed a majority of the southern rock grit while reducing the lyrics to one cliché appended to another. The music is still very good, better than that pant load married to Faith Hill could produce on his best day. But it is not The Whippoorwill. "Wish in One Hand" and "Fire in the Hole" are fun, but they pale when compared to "Six Ways to Sunday" and "Pretty Little Lie." 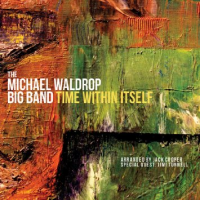 The Mike Waldrop Big Band—Time Within Itself (Origin, 2015). This big band recording is notable for its arranger, Dr. Jack Cooper. Cooper recently released a revelatory Jack Cooper: Mists -Charles Ives For Jazz Orchestra (Planet Arts, 2014), which was the "most recommended" recording at All About Jazz in 2014. Cooper is a professor of music at the University of Memphis and he properly embraces the heritage of that great Southern City. Cooper's arrangements are unique in their brassy "wall-of-sound" quality. For pure orchestration, Cooper has no match as evidenced on drummer Mike Waldrop's most recent Origin Recording. Cooper is a star here in the same way that arrangers were in 1949 on Miles Davis' Birth of the Cool Recordings. There is much to like here. 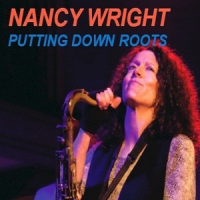 Nancy Wright—Putting Down Roots (Direct Hit Records, 2015). Tenor saxophonist and vocalist Nancy Wright straddles the world of R&B and Jazz, planting both feet into American Roots Music. It is ironic that we have gotten so far away from this music that we have to give it a new, sexier name. Speaking of which Wright is no wilting flower. She plays a muscular brand of tenor that if it had a smell it would be leather and whiskey. Tight arrangements and even tighter composition makes a statement of Putting Down Roots. Oh, and she can sing just like she plays the saxophone, with guts beyond gender and any other cheap stereotype than finds application. 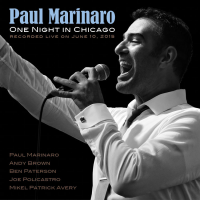 Paul Marinaro—One Night in Chicago (Self Produced, 2015). Chicago vocalist Paul Marinaro's debut recording, Without a Song (Self Produced, 2013) is an example of perfect production-performance-personal investment balance as could be imagined. Marinaro crafted this release as an homage to his father, Joseph Marinaro (who, at this writing, had recently passed away, making this recording that much more important). Marinaro returns to the laser with a live recording from his hometown of Chicago, recorded at the newly-minted High Hat Club (formerly, Katerina's). One Night in Chicago is a brilliantly stripped down performance of a brief nine-song set that allows Marinaro to pay tribute to favorite singers and composers. Highlights include a swinging "Devil May Care" and, in honor of the great Anita O'Day, "No Moon at All." Marinaro is thankfully from a vocal school other than Sinatra (Harry Connick, Jr., Peter Cincotti, Tony DeSare) or Crosby (Michael Buble). He has a fresh, emotive delivery sounding right from the heart. 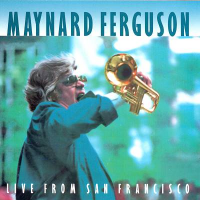 Maynard Ferguson—Live From San Francisco (Omnivore, 2015). Trumpeter Maynard Ferguson was one of the fist jazz artists I listened to in high school. The friend introducing me to jazz also exposed me to Oscar Peterson, Joe Pass and the Modern Jazz Quartet, all of whom, in jazz terms, are about a light year away from the brash brass of Ferguson. Needless to say, I was more taken with the gentle virtuosity of the MJQ than the in-your-face technique of Ferguson. That said, this live recording, committed to tape in San Francisco, May 27, 1983, places Ferguson as full heir to Buddy Rich and his big band direction. Everything about this performance is BIG. The sound, the arrangements, the sonics, the close capture of the percussion. Even the ballad, "Lush Life" has the sting of a large personality living within and trying to get out, even with Ferguson muted. The lengthiest piece is "Bebop Buffett" composed by Dizzy Gillespie, Charlie Parker, and Thelonious Monk. It is performed at Mach speed and includes every famous be bop head one can imagine. Ferguson is an acquired taste, but if you have that taste... here IT is. 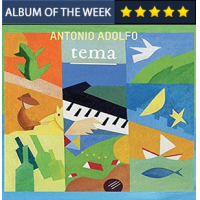 Antonio Adolfo—Tema (AAM Music, 2015). Brazilian pianist and composer Antonio Adolfo, alone and together with daughter/singer Carol Saboya has made chronic the release of the smartest and most developed jazz as seen through a Brazilian prism. Earlier this year, Adolfo and Saboya, joined by harmonica player Hendrick Meurkens released the entertaining Copa Village (AAM Music, 2015), which AAJ colleague Dan Bilawsky, deemed full of, "seductive and stylish songs [delivered] in seemingly effortless fashion. This same easiness pervades Aldofo's Tema, an instrumental outing that features only the pianist's compositions. Some composed as early as 1967, the ten selections heard here are dramatically updated in both arrangement and engineering. "Alem Mares" was written in 1969 to commemorate the moon landing. Its mood typifies the personality of the disc, a curious mixture of melted butter, morphine, and red pepper. Adolfo continues to entertain and amaze with his acute lyricism and musicality. 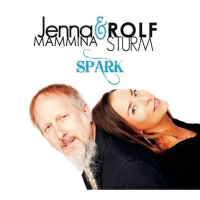 Jenna Mammina & Rolf Strum—Spark (Water Street Music, 2015). West Coast vocalist Jenna Mammina sings with a youthful coquettishness that is provocative azeotrope of equal parts Eartha Kitt, a young Madonna, and Colbie Caillat. She duets here with guitarist Rolf Strum, whom Mammina began working with in the mid-1990s on an orchestral treatment of the Grateful Dead, Illuminati. Vastly pared down, twenty years later, the two record one of the most entertaining discs of the year, sampling music as varied as the Stylistic's "Betcha by Golly Wow" to Johnny Mercer's "Dream." The duo slows down and turns Nat King Cole's "Straighten Up and Fly Right" into a roadhouse gutbucket blues while hinging together "Do You Know What it Means to Miss New Orleans" and "I'm Beginning to See the Light." The pair turn in what has to be one of the most beautifully strange "The Girl from Ipanema." Isn't that what it is all about? 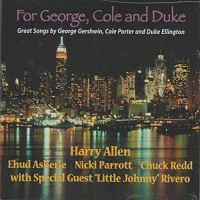 Harry Allen—For George, Cole and Duke (Blue Heron Records, 2015). Years ago, I christened tenor saxophonist Nicki Parrott who sings and solos to her heart's content on Ellington's "In A Mellow Tone" while breaking things down on the Gershwins' "How Long Has This Been Going On" and Ellington again, "Mood Indigo." Pianist Ehud Asherie proves Allen's musical soulmate, as he did on the exquisite duet recording Upper West Side (Posi-Tone, 2012). Harry Allen joins those to whom he pays tribute. 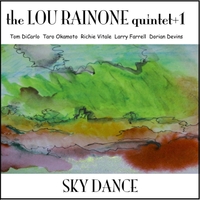 The Lou Rainone Quintet +1—Skydance (Rain1jazz, 2015). One of the highlights of 2013 was Dorian Devins' The Procrastinator (Rain1Jazz). On on that recording played pianist Lou Rainone, who was soon to wed Devins, creating a creative super force of sorts. Rainone again joins rand with Devin for a recital of ten original Rainone compositions (with Devins lyrics applied to "Shifting" and "Time is a Friend"). Rainone and his quintet composes and performs an amiable and accessible brand of circuitous post bop that is fully contemporary without the harmful electronic trappings. Trumpeter Richie Vitale is top drawer throughout, as it trombonist Larry Farrell. Devins, for her part, pens and sings introspective, perfectly in vein with Rainone's composing. Smart music. 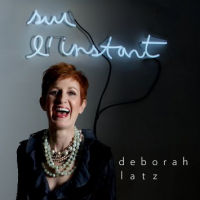 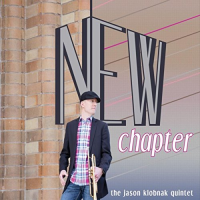 Jason Klobnak Quintet—New Chapter (Self Produced, 2015). Trumpeter Jason Klobnak's Mountain Move (Self Produced, 2013) was an exceptional debut by a young artist fully formed. Klobnak returns with an equally satisfying collection, New Chapter, featuring saxophonist Elijah Samuels and drummer Paul Mullikin from the earlier record. Klobnak's composing skills continue to evolve, particularly in the ballads as heard on "Awe" and "New Chapter." Klobnak and company represent a cooled version of hard bop that never fully disintegrates into post bop and beyond. He employs complex heads that allow soloist the most room in which to forage for higher sounds and lyric ideas. 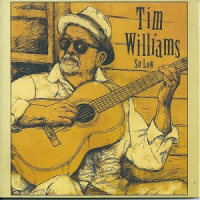 Tim Williams—So Low (Lowden Proud Records, 2015). There is a "period instrument and performance" movement happening in the blues much like that which has commanded the classical music market for the past 40 years. Playback speeds of Robert Johnson are recent (and periodic) evidence of this. Many artists are using "period instruments" and making overt note of it, as it guitarist Tim Williams, who plays, in turn, a 19th century Washburn parlor guitar, a contemporary Gretsch resonator, a 1920s Stella mandolin and a late '60s Harmony Sovereign. He swings through 10 clever originals and carefully selected standards on which he features is antique guitars. He tears things up with his Washburn on his original "More Peppers in Your Chili" and Blind Boy Fuller's nine-bar "Pistol Snapper." Williams turns Johnny Cash's "Big River" into a Delta bottle-neck confection that is fully satisfying (on his resonator). He closes on the Washburn with a slick, resonant "Lightnin.'" So Low is a capable and exceptional contemporary blues recording.