Nicki Parrott, an internationally acclaimed bassist, arrived in New York in May of 1994, the recipient of a grant from the Australia Council for the Arts allowing her travel to the US and study with her mentor, one of the world’s premiere double bassists, Rufus Reid. In the same year she was also nominated for the “Australian Young Achievers Award”.

Today, Nicki Parrott is a world-class double bassist and an emerging singer/songwriter. In her work with artists from around the globe she has brought a signature sound to every bass part she has played. She performs regularly at the world’s best Jazz Festivals and can be seen Monday’s at the Iridium Jazz Club in New York City with the legendary guitarist and inventor, Les Paul. Since June of 2000, this union has been an ideal showcase for her musical abilities, flair for improv, and gift for entertaining a crowd.

Born in Newcastle, Australia, Nicki Parrott began her musical training on the piano at the age of four. She also took up the flute and continued to play both instruments throughout her school years. At the age of 15, Nicki switched her focus to the double bass, formed a band with her older sister Lisa (alto sax) and began composing instrumental pieces that they would eventually record for their premier CD release, The Awabakal Suite (2001).

After completing high school, Nicki moved to Sydney and attended the New South Wales Conservatorium of Music, where she graduated with an Associates degree in Jazz Studies. When bassists such as the legendary Ray Brown (Dizzy Gillespie, Ella Fitzgerald, Duke Ellington, Oscar Peterson) and John Clayton (Diana Krall, Whitney Houston) were playing in town, Nicki would find them, contact them and arrange lessons from them. She was awarded a scholarship to the prestigious Pan Pacific Music Camp, and soon after, took first place in the 1992 Jazz Action Society's Annual Song Competition for her composition, Come and Get It.

In May of 2002, The Nicki and Lisa Parrott Quartet headlined the prestigious Mary Lou Williams Jazz Festival held at the Kennedy Center in Washington D.C. The show was broadcast on NPR and was well received by the press. She was also the resident bassist with the Kitchen House Blend, a house band that premiered and performed new music from local New York composers. They would blend jazz, hip-hop, classical and rock in one evening...“It was a very creative experience”.

Nicki expanded her musical repertoire and appeared on the Broadway stage in such shows as: Imaginary Friends, You're a Good Man Charlie Brown, Summer of '42, and Jekyll and Hyde. She is still active on Broadway today and regularly performs in the comedic musical, Avenue Q.

Nicki Parrott is committed to the continuing musical education women receive in order to further their careers and ultimately remain active as musicians past their teen years. In keeping with her sense of community, Nicki’s desire is to teach underprivileged kids to play instruments and learn to enjoy music. It is her belief t hat teaching music to children helps keep them interested in school and out of trouble. Show less

Toronto Art Orchestra Does It Again

“The most astonishing new jazz musician we have seen in years.”
The Washington Times

“More Than Just Beauty & The Bass”
The Mississippi Rag

"Nicki has become an extraordinarily emotive bassist seemingly extending her instrument's range to convey the subtlest of sentiments."
All About Jazz

From: People Will Say We're In Love
By Nicki Parrott 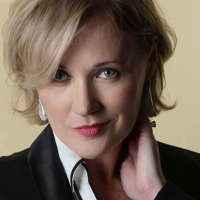 All About Jazz musician pages are maintained by musicians, publicists and trusted members like you. Interested? Tell us why you would like to improve the Nicki Parrott musician page.