Nat King Cole was one of the most popular singers ever to hit the American charts. A brilliant recording and concert artist during the 40's, 50's and 60's, he attracted millions of fans around the world with a sensitive and caressing singing voice that was unmistakable.

Cole has a rare blend of technical musical knowledge and sheer performing artistry topped off with an abundance of showmanship. In the 23 years that he recorded with Capitol Records, he turned out hit after amazing hit - nearly 700 songs - all the while managing to remain a gentle, tolerant and gracious human being.

Nathaniel Adams Coles was born in Montgomery, Alabama on March 17, 1919. He was the son of Baptist minister, Edward James Coles, and mother, Perlina Adams, who sang soprano and directed the choir in her husband's church. Cole grew up in Chicago, met and married a girl in New York; they had five children and lived in Hancock Park in Los Angeles.

He had a distinctive voice, which has been compared to the quality of velvet, a pussy willow, a calm evening breeze, a still summer morning and a soft snow fall. In the case of Nat King Cole, who dropped an “s” off his last name and put a nickname in the middle, the lyricism is merited.

The first sign that Cole was destined for a musical life was at age four, when he was able to pick out a fairly good two-handed rendition of “Yes, We Have No Bananas.” He later played the organ in his father's church. In high school he organized a 14-piece band, with himself as pianist and leader.

In 1937, after finishing high school, Cole joined a road company of the revue, “Shuffle Along.” The show broke up a few months later in Long Beach, California, when a sticky-fingered member of the troop made off with the show's $800 treasury. He also wrote a song called “Straighten Up and Fly Right,” which he sold for $50.

Cole spent the next period looking for work and not having much luck. Finally a night club manager offered him $75 per week for an instrumental quartet. He hired a guitarist, bass fiddle player and a drummer. On opening night the drummer didn't show up but the manager took trio and didn't cut the price.

Even though instrumental trios were not highly popular in those days, the King Cole Trio developed a large and faithful following. With Cole on the piano and later, vocals, Oscar Moore on guitar and Johnny Miller on bass, the trio eventually played the best clubs in the country and had their own radio show. They eventually won awards from every music publication in the U.S., and their jazz records are now treasured collectors' items.

A new career was inadvertently created for Cole when a tipsy customer at a small Hollywood bistro insisted on hearing him sing “Sweet Lorraine.” To quiet the drunk, he sang the tune and thus launched his legendary singing career.

In 1942, Cole became one of the first artists to join Capitol Records, then a fledgling company. With his King Cole Trio, he recorded such popular songs as “Straighten Up and Fly Right,” “Sweet Lorraine” and “Embraceable You.” For the remainder of this life, Cole always sang with the trio even when he began to sing with an orchestra.

“Capitol and I felt that a big band behind me would sell more records,” said Cole. 'Nature Boy' was the first of these and it proved we were right. “He never regretted the decision.”

Cole became one of the world's leading record-sellers. It is not correct to say that every Nat King Cole recording was a hit. There was one, in 1953, that was a decided bust. But, as far as anyone at Capitol can recall, that was the only one to reach flop status. From the time he recorded one of his very first discs, “Straighten Up and Fly Right,” through “Mona Lisa,” “Too Young,” “Route 66,” “Non Dimenticar,” “Rambling Rose,” and countless others, Cole probably had more hit records than any other artist of his day, including the number- one-selling holiday recording of all time, The Christmas Song.

In 1956, Cole had his own network television show on NBC- TV. The “Nat King Cole Show” attracted a wide audience and celebrity guests like Ella Fitzgerald, Tony Bennett and Mel Torme. It could not, however, attract national advertisers willing to back a show hosted by a black. Rather than submit to an airtime change, Cole abandoned the show after 64 weeks. In December 1957, Cole telecast his last show. It was a bitter disappointment. He put it best when he explained his TV demise, “Madison Avenue,” he said, “is afraid of the dark.”

Throughout Cole's career there was a woman who supported him with love and enthusiasm. His wife, the former Maria Ellington, was a vocalist in Duke Ellington's (no relation) band. She met Cole in 1947 when they were both performing at the Club Zanzibar in New York, and then ten months later they were married. They had five children - Carole, Natalie, Kelly and twins, Timolin and Casey.

“Nat was a very humble man.” Maria said after the death of her husband. “I don't think he ever realized what a great international talent he had become.”

He made us music millionaires while he lived, and he left a musical legacy to generations to come. All over the world today, his songs are played and as long as those sounds continue, Nat King Cole will live. Show less

Straighten Up and Fly... 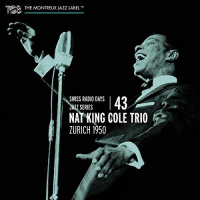 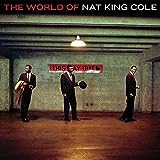 The World Of Nat King... 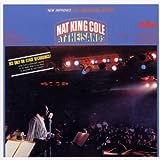 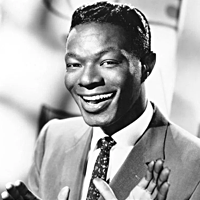 All About Jazz musician pages are maintained by musicians, publicists and trusted members like you. Interested? Tell us why you would like to improve the Brook Benton musician page.