"America the Beautiful Swinging" – Frank Lamphere’s New CD August 01, 2020 – Veteran jazz crooner-songwriter-recording artist Frank Lamphere has released his third CD "America the Beautiful, Swinging". The sessions were recorded with a group of world-class jazz musicians and include his original compositions Las Vegas and the swinging baseball song The Cubs Go All the Way. The balance are unique covers of: the patriotic America the Beautiful, bossa-infused Meditation, a funky swinging Born Free and two versions of the Bacharach-David This Guy's In Love With You in ¾ time, sung in both English and Italian. Frank Lamphere is a professional singer in the highly specialized genres of straight-ahead jazz and especially, traditional pop. (Frank Sinatra, Tony Bennett, Dean Martin, Jack Jones) Vast portions of his performances and repertoire are presented in a "small group-big band" style and always, with a live band. Frank's musical journey began at a young age, singing along to the records he collected, on his "record player". While in his late-teens and early 20s opportunities to sit-in with local bar bands and mini sets with a wedding band were a great introduction to performing in front of a live audience. A short time later as jazz began to take on a greater role in his musical direction, Lamphere "found" pianist Billy Pierce and began frequenting jam sessions. Finding steady club work with the Johnny Gabor Trio, he then formed his own band and took on lots of club and numerous corporate jobs. It’s important to note that Lamphere has a "day job". Deck carpenter-contractor and owner of A-Affordable Decks, 30 years in business as of 2022. In 2002 Lamphere released a thirteen-track album "Ain't Love a Kick" a tribute to lyricist Sammy Cahn, attracting national attention. The follow-up studio project was a well-received five song EP of original songs "Frank Swings" in 2012. Some career highlights include: radio and television commercials, headlining numerous shows across the Midwest, gigs from Las Vegas to New York to Milan, Italy. The song I Never Forgot from his CD "Frank Swings" was featured prominently in the award-winning independent film Theresa Is a Mother. Frank continues to be hired across the U.S. to perform his specialty "Rat Pack Jazz" for weddings, fundraisers, music fests, anniversaries and product unveilings including the Frank Sinatra special edition Jack Daniels whiskey. Lamphere is married and has two children

Crooner Frank Lamphere’s Original Songs to Be Featured in Movie

"His voice, now more than ever before, is a wonderful blend of masculine strength and smooth, rounded edges" "The fledgling composer succeeds with five originals with catchy lyrics, good production value, and top notch playing by some of Chicago’s finest musicians" "Unlike singers like Michael Buble who initially succeed in one genre but cross over into more popular styles, Frank demonstrates respect for the style he loves. Without being a generic impersonator, Lamphere derives inspiration from the usual suspects, Sinatra and Dean Martin. But I didn’t find myself comparing him to either" 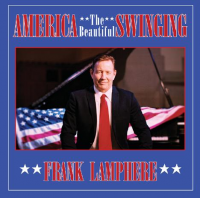 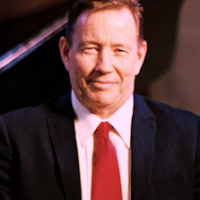 All About Jazz musician pages are maintained by musicians, publicists and trusted members like you. Interested? Tell us why you would like to improve the Frank Lamphere musician page.