"When people ask me about my music and how I got started, I tell them that my singing career really started by accident. Music was never something that I planned to do or something that I picked. It just happened. After all that I've experienced, and all of the wonderful people that I've met, I don't think I would trade this gig for any other in the world."

One day a shy girl from Philadelphia, PA, was sweeping her front stoop and sweetly singing "Summertime” when a guitarist/writer from Philadelphia International Records walked by and heard her singing. He was so impressed by what he heard that he auditioned her, hired her and the rest is history. That was the beginning of a singing career that would WOW people in Brazil, France, Africa, Japan, Turkey, and other places around the world.

With no formal vocal instruction, it’s apparent that she was born to sing. She was introduced to Jazz at age twelve by an uncle who had an extensive collection of Jazz LP's. Her "studies" involved hours of listening to the Jazz greats, both vocalists and instrumentalists. Denise borrowed phrasing styles from Sarah Vaughan, Ella Fitzgerald, Nat "King" Cole and Frank Sinatra. She gained an appreciation for lyrics from Lil Jimmy Scott, Nancy Wilson, Carmen McCrae and Nina Simone. The early gigs were difficult in that she was painfully stage shy.

But with the help of Sam Reed, sax man and leader of the legendary Uptown Theater Orchestra she overcame her stage fright. Her early experiences involved sharing the stage with many legends, Butch Ballard, Arthur Harper, Sam Dougherty, Cecil Payne, Jymie Merritt, Bootsie Barnes, Lex Humphries and many, many more. They taught her the importance of having something to say every time she stepped up to the microphone. Their instruction paid off. While performing at Zanzibar Blue in Philly, Denise met Dexter Wansel, writer, producer, which opened the door to many recording experiences at Philly International Records.

Denise King is a very passionate singer who has a way of pulling her audiences into her performances. Listening to her warm tone, impeccable phrasing, and the absolute control she has of her voice is mesmerizing. Whether she's singing a Billie Holiday, Ella Fitzgerald or Sarah Vaughan standard, or a Gladys Knight or Aretha Franklin cover, she puts her heart and soul into every note. Denise has mastered the art of making a song her own no matter what the genre. Over the years, she has shared the stage with such greats as Roy Hargrove, The Brecker Brothers, Phil Wright, Cecil McBee, Christian McBride, Orrin Evans, Lonnie Plaxico, Uri Caine, Sid Simmons, Dr. Guy Ramsey, J.D. Walter, Barbara Morrison, Derrick Hodge, Chris Beck, Billy Paul, Jean Carne, Celine Dion, Bunny Sigler and the list goes on and on.

When performing with her band whether trio, quartet or quintet they are the driving force behind her and support her every note. They instinctively know what she's going to do next and meet her there with perfect timing. With a voice described as velvet smooth she captivates you and holds you with every note. When she's in concert, it's not unusual to see her break out into a dance on stage or with someone from the audience. Her shows are always energetic, fun and spontaneous. Her love of people, performance style, and energy are sure to always make Denise King a favorite at any venue.

Denise King Steps up to the Mic at Firehouse

"Denise King sings pop and jazz standards with touches of the blues, soul and even gospel in a voice steeped in a sophisticated, swinging, sometimes soulful, satin style much like one of her idols, Sarah Vaughan." —Donald True Van Deusen, All About Jazz 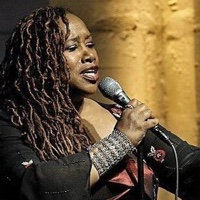 All About Jazz musician pages are maintained by musicians, publicists and trusted members like you. Interested? Tell us why you would like to improve the Denise King musician page.