“Beat Kaestli’s emergence as a vocalist bespeaks a life full of experience. Like Jazz itself, his willingness to adapt and improvise has given rise to a unique young man and artist.” (David Donnenfeld, Esquire Magazine)

A native of Switzerland, Beat Kaestli always felt akin to American Popular Music, especially Jazz and R&B. In the songs of Billie Holiday, Nat King Cole, Luther Vandross and Aretha Franklin Beat found a truth that became the essence of his own style. His music has an emotional depth stemming from the warm fluidity of his voice, rounded out by his arranging and songwriting artistry.

When faced with the choice of a promising singing career in his homeland or broadening his musical horizon in the US, he decided to make New York City his new home. A Scholarship Recipient at the prestigious Manhattan School of Music, he enjoyed special attention from lauded Jazz vocalists Nancy Marano and Luciana Souza. While honing his craft alongside young Jazz note worthy’s like Jane Monheit, Stefon Harris and Jason Moran, he immersed himself in Manhattan’s fiercely competitive music scene, emerging as a seasoned performer. He now appears at renowned clubs such as Birdland, The Jazz Standard, B.B. King’s, 55 Bar and The BlueNote and in 2005, Beat was the chosen vocalist for the Glenn Miller Orchestra, thrilling audiences in concert halls across the USA.

Besides Jazz, Beat’s versatility as a vocalist has led him to excel in many other styles of music. He sang on Dario G.’s club-smash Sunchyme and with his solo projects Beat performed at festivals in the USA, such as the CMJ Festival, NYC and he appeared at award shows like the Swiss Oscars (Prix Walo), with Nubya. Additionally, he traveled the world, producing and starring in the Orange Gospel Tour 99.

Beat is part of the original cast of various musicals, like Neil Goldberg’s Christmas Dreams, Job and the Snake (Lambs Theater, NYC) and the Off- Broadway hit Pure Gospel Christmas directed by David Tobin.

As a songwriter Beat’s collaborative works boast a roster that includes Grammy Winners James Lloyd (Pieces of a Dream) and Peter Eldridge (New York Voices), as well as Grammy Nominated Songwriter Schon J. Crawford (Love like this, Faith Evans). His music is getting Radio Play on CD 101.9 Smooth Jazz and WBAI in New York and on over 100 stations in the US, Canada, Europe, Australia, Argentina and Brazil and his songs can be heard in clubs such as The Culture Club and China Club in New York City and Feathers in New Jersey.

Beat is featured on numerous recordings in the US and Europe and he released two solo CDs, his critically acclaimed debut CD Reasons (Billboard 10/05/2002), a collection of original songs, and the 2005 release Happy, Sad and Satisfied, his tribute to the American Standard. 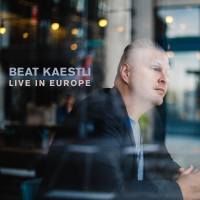 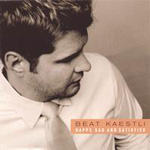 All About Jazz musician pages are maintained by musicians, publicists and trusted members like you. Interested? Tell us why you would like to improve the Beat Kaestli musician page.