With over ten recordings as a leader, vocalist, businessman and educator Kevin Mahogany has been the standard setter for jazz vocalists for three decades.

His broad baritone was forged in his hometown: the legendary jazz metropolis known as Kansas City; where he learned to swing like Charlie Parker, shout the blues like Big Joe Turner, and cry a ballad like Lester Young; while, extending, elaborating and refining the jazz vocal legacies of Lambert, Hendricks & Ross, Eddie Jefferson and Al Jarreau into the myriad, interwoven dimensions of music – from gutbucket, the Great American Songbook, and gospel, to Mingus to Motown.

Mahogany played the piano, clarinet and baritone saxophone before he started singing in high school. He played saxophone on his first professional gig with Eddie Baker’s New Breed Orchestra. Mahogany studied with local jazz legend Ahmad Aladeen at the Charlie Parker Academy, and matriculated at Baker University in Baldwin, Kansas, where he formed a jazz vocal choir and earned a BFA in Music, English and Drama in 1981. He returned home and joined a nine-piece horn band called Robinson-Pike. He later formed two R&B-centric bands; The Apollos and Mahogany. In1991, he toured with the NRE Trio, and was featured on pianist Frank Mantooth’s 1993 CD, Dangerous Precedent.

That same year, Mahogany released his debut recording, Double Rainbow, was released on the Enja label in 1993. Specializing in performing and seldom-heard songs, the stylistic range of Mahogany’s recordings range from the kinetic big band bravura of Pussy Cat Dues: The Music of Charles Mingus; which featured Mingus sidemen trombonist Jimmy Knepper, alto saxophonist Charles MacPherson with the WDR Big Band, to Pride and Joy, his ebullient Motown tribute featuring the music of Stevie Wonder, Marvin Gaye, The Temptations, Gladys Knight and the Pips, Michael Jackson and Smokey Robinson and the Miracles.

Mahogany published a magazine, The Jazz Singer and, with his business partner, Rick Cioffi, started his own Mahogany Jazz label, and recorded two recordings: Kevin Mahogany: Big Band, To: Johnny Hartman, a tribute to the exceptional vocalist who recorded with Dizzy Gillespie and John Coltrane, and The Coltrane Hartman Fantasy, Vol. 1, with tenor saxophonist Tony Lakatos, inspired by the legendary 1963 Impulse recording, John Coltrane and Johnny Hartman.

In addition to being a trend-setting leader of the first order, Kevin Mahogany has also been an in-demand sideman and guest artist with a select cadre of jazz stars. He’s recorded with T.S. Monk (Monk on Monk), The Ray Brown Trio (Christmas Songs With Ray Brown), Marlena Shaw (Dangerous), Roseanna Vitro (Passion Dance), Carl Allen (Testimonial), Barbara Morrison (Visit Me) and Elvin Jones (It Don’t Mean A Thing).

In 1996, Mahogany made his screen debut in the 1996 Robert Altman film Kansas City, portraying a character based on blues singer Big Joe Turner, and was also featured on soundtrack.

Mahogany is also an exceptional master teacher, as evidenced by his well-received work teaching at the Berklee College of Music in Boston and the University of Miami. He received an Honorary Degree from his alma mater, Baker University, in 2001.

Well into the change of the twenty first century, Kevin Mahogany continues to restructure the vocal metaphysics of a jazz thing, with his dynamic and down-home artistry. Show less 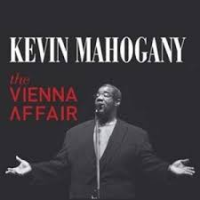 A Portrait of Kevin...

All About Jazz musician pages are maintained by musicians, publicists and trusted members like you. Interested? Tell us why you would like to improve the Viktoria Tolstoy musician page.