Though not a household name in America, jazz-pop vocalist Susannah McCorkle has released 17 albums during her 20-year career which have earned international critical acclaim. McCorkle's repertoire of over 3,000 songs has helped keep the music of such songwriters/composers as George Gershwin, Antonio Carlos Jobim, and Johnny Mercer alive in cabarets and on concert stages around the world. For a person whose original intention was to be a simultaneous language interpreter for the Common Market in Brussels, utilizing her skills in German, Spanish, French, and Italian, McCorkle instead decided to begin a singing career and move to London. McCorkle discovered jazz for the first time after moving to Europe in 1970. The American singer, Billie Holiday, made a particularly strong impact on McCorkle. When she heard the recordings of the blues and jazz giant, McCorkle was inspired enough to follow her own dream of singing. McCorkle grew up on top 40 hits and Broadway show tunes, but it would be the American jazz standards that would eventually take her to the top of the charts.

Susannah McCorkle was born in Berkeley, California, in 1946. She received a Bachelor's degree in Italian literature and studied language in Mexico, France, Italy, and Germany. When she decided to head to London to try a career in music, McCorkle was also well on her way to becoming a prolific writer. Her fiction has been published in Mademoiselle, Cosmopolitan, and the O. Henry Book of Prize Short Stories. Her non-fiction includes articles published in the New York Times Magazine, and American Heritage. Some of those articles include 10,000 word pieces on such people as singer and actress Ethel Waters, legendary American blues singer Bessie Smith, and composer Irving Berlin. McCorkle also wrote English translation versions of countless Brazilian, French, and Italian songs, including those of Brazilian musician Antonio Carlos Jobim. In addition, McCorkle writes all of her own shows, including her own anecdotes about the songwriters and songs she performed.

McCorkle does not deny her appeal to the "over 40" crowd, especially with one of Jobim's songs, "Caminhos Cruzados." "I call it the best love song ever written for people over 40," McCorkle said in comments included at the Concord Records website. "The character who's singing is generalizing. You realize only gradually during the course of the song that she is in love with the person she is singing to but afraid to say it, trying to hint at it, hoping he will get the hint. And we the listeners are in on the secret, so by the end of the song we're hoping too that he'll understand what she wants to say but can't. I love it!... I was once called by People magazine a 'bruised romantic.' It's a great description of me."

One of McCorkle's "quirks" is that she must record live in the studio, with all the musicians present and playing together, according to her Concord Records biography. "I don't come in later and overdub, because I want that spontaneity that I first experienced on Billie Holiday record," she said. "I just love it when you feel people in a room making music together and responding to each other right in the moment." In discussing her tastes in music, McCorkle said that she was as "comfortable" delivering the song, "I Ain't Gonna Play No Second Fiddle," a Bessie Smith wild and rowdy "protofeminist" blues tune, as she is singing a song she found on a Ray Charles record titled, "Losing Hand." She related that she "recorded 'I Ain't Gonna Play...' because Nick Phillips heard me do it at the San Jose Jazz Festival and people just roared." McCorkle added, "I think people think it's funny since I don't usually belt a song, and yet they can tell I've really listed to Bessie's phrasing and timing." Regarding the Ray Charles song, McCorkle said, "all the way through he got a down, sad feel as if he were singing it just to himself. I have a lot of blues in my soul too, and I wanted to pay tribute to him."

McCorkle never stops looking for songs to sing. She is always hunting out the new and the old, and anything to which she could add her own soulful interpretation. "I need to feel a personal connection to a lyric. It needs to be something I've gone through in my life or something that I find wonderfully amusing or deeply moving. I have to have something to say with a song," McCorkle was quoted in her Concord Records biography.

In his June 1998 review of her latest cabaret show, Holden said that, "grounding her interpretations is a sexiness that veils everything in a light mist." For Holden, the high point of the show was her rendition of "I Loves You Porgy," from the Gershwin musical, Porgy and Bess. "Her blend of scholarship and musicality," suggested Holden, "has never appeared more seamless." In quotes included at McCorkle's website, Time Out New York noted in 1997 that "McCorkle may make her living on the cabaret circuit, but you'd have to look pretty hard to find a jazz singer with her precision, articulation, and timing." That same year, a notice in the Chicago Tribune said that McCorkle was, "as much stage actor as vocal stylist," and that, "she persuades the listener to hang onto her every syllable, as if one hadn't heard these tunes so many times before."

McCorkle's website offers insight into her diversity. She is as comfortable performing at Carnegie Hall with renowned Pops conductor Skitch Henderson, as she is in the quiet confines of the famed Algonquin Hotel in New York City. Her website lists her workshops for children, as well as her availability for private parties.

McCorkle died May 19, 2001, in New York, New York, at the age of 55. She was found dead outside her apartment and had apparently jumped to her death. Show less

A Tribute to the Life and Music of Susannah McCorkle (Washington, DC... 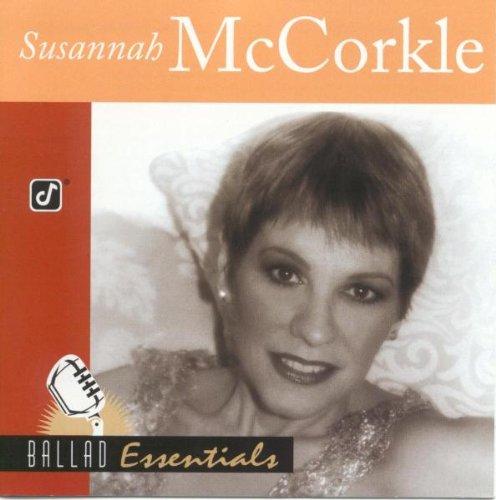 From Broken Hearts To... 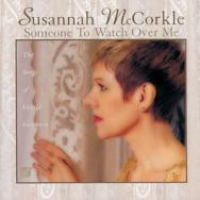 Someone To Watch Over...

Someone to Watch Over...

All About Jazz musician pages are maintained by musicians, publicists and trusted members like you. Interested? Tell us why you would like to improve the Susannah McCorkle musician page.