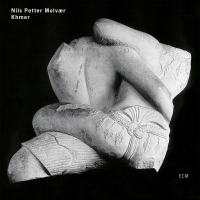 At a time when, with the sheer volume of music vying for attention it's almost an impossibility to release a recording that actually shakes the foundation of what music is and what it can be, there was a time, in 1997-98—and in, perhaps, the most unlikely of places—when four albums changed the course of music...particularly in their native country, to be sure, but also on an international scale. Out of Norway came four albums whose influence continues to be felt to this day. First issued in Norway in 1996, it was in 1997 that keyboardist and head of the nascent Jazzland label managed to find broader distribution for the first in a series of recordings, titled (with some hubris, but justified) New Conception of Jazz which, also the name of his group, joined house and techno music with jazz in a manner that was fresh and new. in 1998, Supersilent shook the foundation of improvised music with 1-3 (Rune Grammofon), a three-disc set of largely aggressive noise improvisation that created its own space for music that, despite its often harsh angularity, could also reach places of unexpected beauty. That same year, guitarist Eivind Aarset released Électronique Noire (Jazzland), an album that garnered comparisons to the electric innovations of Miles Davis in the 1970s, and completely reinvented and re-imagined what could be done with electric guitar, a computer and a bevy of effects.

But it was trumpeter Nils Petter Molvær's 1997 album, Khmer, that had, perhaps, the most impact, if for no other reason than it was released on Munich's heralded ECM Records, a label with broad international reach and a reputation so strong that many of its fans would purchase albums by artists unknown to them on the basis of their simply being on the label. It's an album that, along with those from Aarset, Wesseltoft and Supersilent, positioned Norway as a significant contributor to music's forward motion towards the end of the 20th Century and kick-started an entirely new movement both in Norway and abroad, making it a perfect candidate for Rediscovery.

Molvær was already known to ECM fans as a member of the more jazz-centric, acoustic group Masqualero, led by fellow Norwegians, bassist Arild Andersen and drummer Jon Christensen— both very well-known to label followers as two of the five Scandinavian artists whose work the label began releasing as early as 1970, and who formed the first "new wave" of Norwegian music of which the 1997-1998 period is considered to be the second. But while Molvær had already garnered attention as a particularly lyrical player capable of fitting into many contexts, and while Norwegians may have been aware of some of the work he was doing leading up to the release of Khmer, for the non-Norwegian public this was a powerful shot across the musical bow, and a huge surprise for ECM fans as well.

ECM had, by that time, garnered a reputation for making records quickly—two days to record, one to mix—and, while there have been exceptions to that rule, also generally eschewed the use of overdubs and significant post-production work. What a surprise, then, to hear the starting moments of Khmer's album-opening title track, with Aarset's serpentine e-bowed guitar creating a Mid-Eastern vibe, as Molvær and Roger Ludvigsen's ethnic percussion mesh with the more conventional sound of Rune Arnesen's drum kit, creating a cross-cultural stew, Molvær layers some Harmon-muted trumpet with echoes of Miles Davis...but also the sound of a player who, by this time, had a fully formed voice and clear intentions that, irrespective of context, leaned more towards the lyrical than they did the extreme, though some of his approaches—whether electric or acoustic—certainly explored (and continue to explore) the farthest reaches of his instrument's possibilities. As Arnesen slowly enters, first with percussive cymbal splashes and drum punctuations, it becomes clear that, while Molvær has created compositional constructs, the overall context is wide open and that this is a project where improvisation remains a fundamental.

Segueing into "Tløn," Molvær's tone changes into something more personal—an early sign of even more distinctive colors to come as he experiments with embouchure to attain tones never before heard on the instrument. Yes, hints of Miles Davis and, in particular, Jon Hassell imbue not just his playing but the overall ambience of Khmer; but in its combination of electro-acoustic textures and dub-informed constructs it's a song that, like the entire album, is filled with constant surprise. Gradually morphing from its near-ambient but primal-pulsed intro to percussive electronics and Aarset's equally rhythmic talk box guitar, and from house-centric, backbeat driven grooves and a temporally open mid-section where rhythms ebb and flow as Molvær alters his tone from piercing stratospherics to more lyrical musings—all the while with acoustic and electronic percussion coming in and out of the mix, along with samples and gut-punching beats—"Tløn" finally resolves into Khmer's most flat-out rocking moments and some of Molvær's most impressive playing of the set.

Co-produced by ECM label head Manfred Eicher and Norwegian Ulf. Ø Holand—who contributes samples to many of Khmer's eight Molvær compositions—the album also features names lesser-known internationally, but known better within Norwegian circles, including guitarists Morten Mølster (who passed away unexpectedly, and tragically, at the age of 50 in 2013) and Roger Ludvigsen, along with electronics wizard Raidar Skår, who would go on to garner recognition with later Molvær collaborator, turntablist Pål "DJ Strangefruit" Nyhus in the wonderful warped group Mungolian Jetset. While folks searched for a name to call this music, it ultimately became associated with the then-nascent Nu Jazz, a blending of electronic music, free improvisation and more that was a logical extension of Miles Davis' '70s electric music, Herbie Hancock's electric music ranging from Mwandishi to Head Hunters, and others; still, it's a bit of a square peg in a round hole as there are many qualities of Khmer that distance it from the more immediately accessible and, more important, danceable sound of Nu Jazz.

It may stretch the imagination of ECM fans when it comes to everything from its musical touchstones to its blending of house, world music and improvisational collaboration, but it absolutely fits within the label's sonic universe of sonic transparency and pristine clarity. A recording where every detail—and with the amount of production layered into Khmer, there's plenty of it—is crystal clear, pushed to higher volumes through my Tetra 333 speaker-based system, the sonics are stunning, the 111 bass bins delivering never-before heard punch and the 222 bookshelf speakers delivering every minute layer with separation that makes spinning Khmer a whole new experience. It's the closest I've come to experiencing my days in the control booth of a good recording studio.

There'd never been an ECM album that sounded like this before, and with the the exception of Molvær's 2000 follow-up, Solid Ether—the trumpeter/composer/sound sculptor's second and final ECM recording before creating his own Sula imprint and continuing to break new ground on albums including 2004's live album Streamer, 2005's er and 2008's Hamada, before he began to work in other contexts, including 2011's more hardcore Baboon Moon, featuring guitarist Stian Westerhus and drummer Erland Dahlen, and the overall softer, pedal steel guitar-driven approach of his most recent recording, 2014's Switch—there's never been anything like it since.

But it all started here, with Khmer, an album that seamlessly crosses cultural boundaries, merges glorious acoustic tones with cutting edge electronics—and, while there are others who contribute significantly to the recording, was the most visible beginning of a long-lasting musical relationship with Eivind Aarset, one of the most unconventional guitarists you're apt to find—dubbed, in a 2012 All About Jazz interview, as "Guitar Anti-Hero." It was also, in some ways, the beginning of the musical developments and technological innovations that would lead to the start of the Kristiansand, Norway's Punkt festival, where Molvær and Aarset continue to be regular participants in a live remix event that, co-directed by live sampler Jan Bang—a member of Molvær's touring group for a decade—and Erik Honore, continues to expand musical boundaries, form new cross-cultural, pan-stylistic musical partnerships and, just as Khmer, Supersilent 1-3, New Conception of Jazz and Électronique Noire did nearly 20 years ago, redefine how music can be perceived and what it can be.