Saxophonist and composer Cecilie Grundt grew up in Stavanger, Norway. Her family enjoyed listening to both classical and jazz music from their record collection, introducing her to music of Dexter Gordon and Charlie Parker from an early age. No wonder she began playing alto saxophone at the age of nine. She took lessons at the Stavanger Performing Arts School, while playing in different marching bands, where she often performed as a soloist. Cecilie was playing both the alto and soprano saxophone at age 14, before the tenor became her obsession a few years later. She listened carefully to numerous jazz recordings, and played along with them. She cites John Coltrane, Sonny Rollins and Jan Garbarek as her main influences at that time. While finishing her last year in high school, she took lessons at the Department of Music and Dance in Stavanger, where she also played the tenor in Bjergsted Jazz Ensemble.

Harlequins Enigma is a Bergen, Norway-based band created in 2008 by synth musician, composer, and video producer, Åge Riisnes. Harlequins Enigma is mostly a one-man-band, but Elin Berge, Katie Leung, and Sara Jensen has served as co-members in the past with several album appearances over the years. The primary musical creations revolve around chip-tune, electronica, techno, experimental, video game soundtracks, space, ambient, and new age genres. Åge began experimenting with synth-based music in the early 1990’s. Åge was identified as a medium in in 2000-2001 via a senior psychiatrist at haukeland sykehus post 4 in bergen, norway 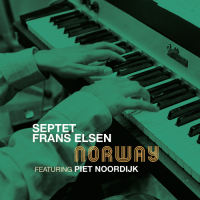 One of the earliest jazz uses of the Fender Rhodes electric piano was in 1968, when Herbie Hancock played it on Miles Davis's Miles in the Sky. He may have come to the instrument through the Columbia record label. CBS bought the Fender Rhodes company in 1965. By the early 1970s, the keyboard was ubiquitous, especially ...

Eivind Aarset Hotel Norge, Blå Kors Punkt Festival Kristiansand September, 2-4, 2021 Live remix is the key element and trademark of Punkt Festival in Kristiansand, southern Norway, now in its 17th year. Life itself had been remixed severely by the COVID pandemic that struck at the beginning of 2020. It ...

HITRA plays imaginative original music and improvisations. A project born at the Norges Musikkhøgskole in jny: Oslo, HITRA reunites four artists who have extensively investigated contemporary art forms. The band is made up of pianist and composer Alessandro Sgobbio, Hilmar Jensson on guitar, Jo Berger Myhre on bass and Øyvind Skarbø on drums. The band has ...