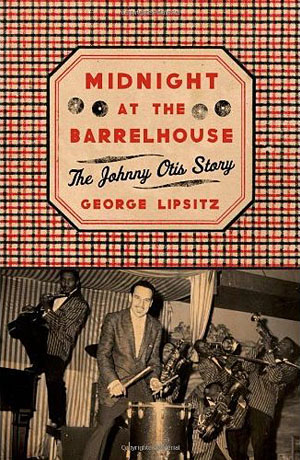 For six decades, Johnny Otis played just about every role you can play in the music business: musician (on drums, vibes and piano), singer, songwriter, arranger, bandleader, talent maven, producer, business manager, promoter, radio and television personality, author and nightclub owner. In the age spanned by the ends of WWII and the Vietnam wars, Otis' musical and social impact on black culture in and around Los Angeles seems impossible to overstate.

Johnny Otis is enshrined in the Rock 'n' Roll, Blues, and R&B Halls of Fame. He was not the greatest rhythm and blues musician, but may have been the rhythm and blues musician's greatest advocate. Otis was responsible, wholly or in part, for launching the careers of R&B legends Big Mama Thornton, Jackie Wilson, Little Esther Phillips, and Etta James. He produced R&B and blues records for the Duke, Federal, King, Peacock and Savoy labels, and for three decades produced The Johnny Otis Show, public radio's overview of popular black music and culture.

Midnight at the Barrelhouse: The Johnny Otis Story presents the first authorized biography of Johnny Otis, written by University of California professor of black studies and sociology George Lipsitz. Lipsitz recently wrote the foreword for the 2009 republication of Otis' cautionary book published in the wake of the riots in the Watts district of Los Angeles, Listen to the Lambs (W. W. Norton, 1968).

It's fitting that Lipsitz's opening scene casts Otis driving through churning Watts riots, because his socio-political biography crisply articulates Otis' place in the social and cultural milieus of Los Angeles, from his 1943 arrival—eventually leading The Johnny Otis Orchestra as the Club Alabam house band—through his 1998 production of Carlos Zialcita's album Train through Oakland. Lipsitz stakes this position from his fantastic opening line: "As he drove home from work late in the afternoon on Friday the 13th in August 1965, Johnny Otis could see black smoke rising in the sky and orange flames flickering from the rooftops of distant buildings."

Oh, and by the way, the Johnny Otis who did so much to advance the music and circumstances of black Los Angeles is white—born John Alexander Veliotes in 1921 Vallejo, California, to immigrant parents from Greece. By his own description, Johnny Otis is "black by persuasion." He fell in love with black American culture through the neighborhood churches that his black schoolmates attended. "It was the cultural impact of the preaching of the black preachers and the gospel choirs and the singers and that whole marvelous thing," he once explained. "Black culture captured me."

"I feel black. I can't explain it. It's a mystery. Ethnically, I'm a Middle Easterner, but psychologically and culturally, I'm black. I chose to be."

The multicultural, mixed gender Johnny Otis Show was a pillar in the heyday of Los Angeles' jazz which blossomed up and down Central Avenue, performing with saxophonists Lester Young and Charlie Parker, vibraphonist Lionel Hampton, pianist Art Tatum and guitarist T-Bone Walker. Between 1950 and 1970, Otis scored 17 Top Twenty R&B hits, most famously "Willie & the Hand Jive," handmade rhythmic patterns in a simple recording with New Orleans drummer Earl Palmer and guitarist Jimmy Nolen (later one of James Brown's most famous sidemen). Lipsitz continually writes the neighborhood's changing social and political circumstances into the evolution of the music that Otis and others played there, from big and brassy swing dance bands to smaller, more economically viable R&B and rock combos that used electronic amplification to make up the difference in sound. Later on, Lipsitz notes: "Otis remembers realizing he had entered a new era when he showed up at clubs and found they no longer had in-house pianos because rock bands did not need them."

Otis also spent much of his career fighting discrimination in education, employment and housing, and many other related issues, serving as pastor of his own interracial fundamentalist church (Esther Phillips was the first member of his congregation, which later included organist Jimmy Smith), and as featured columnist for The Sentinel, one of LA's black newspapers.

With Midnight at the Barrelhouse, Professor Lipsitz not only tells the story of Johnny Otis, a story of humanistic collaboration and respect, a story that needs to be told. He tells this story in a visionary yet disciplined way. Highly recommended.