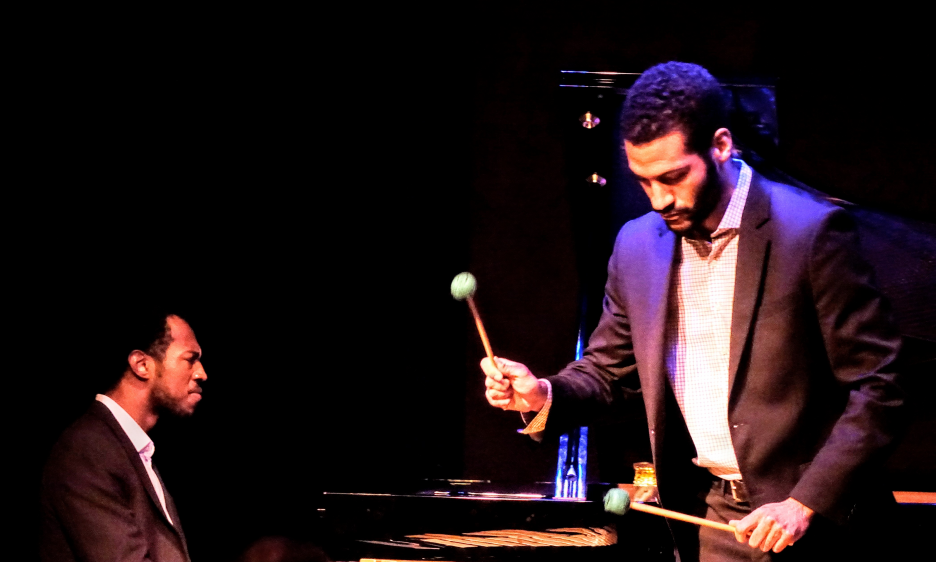 The Joe Doubleday quartet centered around the mellow sounds of the house Musser vibraphone. Its precisely tuned bars of varying lengths are each suspended over equally tuned resonator tubes. A spinning rod runs across the top of the tubes turning discs, which created the vibrato effect. Varying the speed of the rod increased the effect, which can be damped out from below by a felt-covered bar on a foot pedal. Invented in 1921 by an American drum company, the vibraphone swept into jazz in the Roaring Twenties and on through the dance band era.

Milt Jackson's "Bags Groove" is a vibraphone anthem that they played long by taking extended solos. They moved on to the poetically titled "Softly, As in a Morning Sunrise" (the light of love comes stealing/ into a newborn day), making a perfect lyrical fit between music and meaning. The song was initially written as a tango in The New Moon, a 1928 Romberg & Hammerstein operetta lamenting lost love. Space and distance created by the pulsating echo from the vibraphone added poignancy to the moment.

The 1930 Johnny Green composition "Body and Soul" followed, adding to the somber beauty of the echoing ethereal mood. Marriner's drum solo was partially obscured behind two insistently repeated vibraphone chords, which finally led them back to the head. They played out with Dizzy Gillespie's "A Night in Tunisia," written around 1942, which became a bebop then mainstream standard.