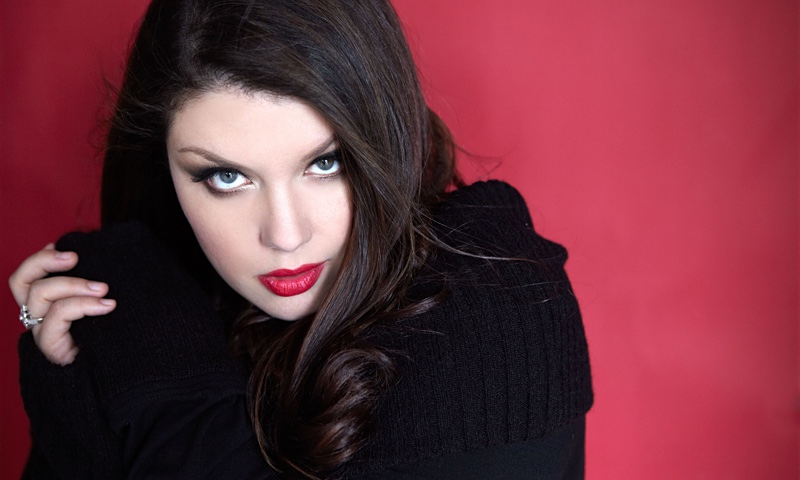 BY C. MICHAEL BAILEY
July 14, 2016
Sign in to view read count
When vocalist Jane Monheit blew the music community's hair back with her debut recording Never Never Land (N-Coded Music) in 2000, she was 22-years old, beautiful, sensual, soon-to-be-married and talented with chops to spare. By 2016, Monheit had released nine additional studio recordings, including the well-received Come Dream With Me (N-Coded Music, 2001) and Surrender (Concord, 2007). Her most recent recording Songbook Sessions: Ella Fitzgerald (Emerald City Records, 2016) elevates her to a class by herself.

All About Jazz: What musical artists, both vocal and instrumental, from any genre, did you enjoy listening to most when growing up?

Jane Monhiet: It varied a lot across different genres. In traditional jazz, there's Ella Fitzgerald, Sarah Vaughan, Carmen McRae, Keely Smith, Helen Merrill, Joe Williams, and Sammy Davis Jr.. Almost everyone has influenced me one way or the other; they're all in there. It all becomes part of you. Judy Garland, Bernadette Peters, Barbara Cook, Joni Mitchell, Bonnie Raitt, Stevie Wonder, so many different people! Maura O'Connell, the Irish folk singer. My dad was a bluegrass musician so I grew up with a lot of that as well.

AAJ: What singers do you feel most significantly informed your own singing style?

JM: Certainly Ella, certainly Judy—those are the two major, major ones. Probably Sarah as well. Maybe Bernadette too, because I do tend to sing with my heart on my sleeve, and I learned a lot of that listening to her.

AAJ: The Songbook Sessions: Ella Fitzgerald is the most tightly focused project of your ten recordings. How did the concept for this project come about?

JM: It's something I'd wanted to do for a long time. I'd always wanted to pay tribute to Ella in some way because she was so important to me. I'd just done a live show based on the jazz side of Judy Garland and it was a big success on the road. I followed up with another project, male artists who'd been important to me. But finally I just wanted to do something for Ella. I had the maturity to approach it as myself and not just another acolyte. The timing was perfect in that I had just started my own label, and so we put the project together for touring and recording.

AAJ: Ella Fitzgerald released her own famous "Songbook" series, paying homage to the composers and lyricists of the Great American Songbook. You take this concept a creative generation deeper by highlighting a specific interpreter of this repertoire. What challenges do you see Fitzgerald having had in her approach to the composers/lyricists and what have been your challenges in doing the same with Fitzgerald's body of work?

JM: It's hard for me to judge what Ella's challenges would have been, but from listening to the recordings I can guess that it might have had to do with restraint, really sticking to the melodies and what the composers intended. But that's just me speculating. For me the challenge was to do something different than the recordings I grew up on, and that's where Nicholas [Payton] came in.

AAJ: What criteria did you use in selecting the songs to include on this recording?

AAJ: How was your experience working with Nicholas Payton?

JM: It was amazing. We hit it off right away. There'd been a lot of mutual respect there for years, so that was a good foundation. When you have a good musical and personal chemistry with someone, when there's a good friendship, it makes the music better. It's important to making great music, which is why I've worked with the same musicians in my trio for so long!

AAJ: How did the arrangements used on The Songbook Sessions come about? Did you provide input?

JM: I always do. Less with Nick this time than I do with Neal [Miner] and Michael [Kanan], who also do arrangements for me. With Nick, he just went with his genius. He'd bring the charts to me, and it was 'wow.' When we work together in the future I'll probably give more input, because this time, starting out, I was a little more holding back.

AAJ: The beauty of the title of your new recording is that it hints there are more "Songbook Sessions" to come. Can you comment on what artist's work is on your short list to be addressed next and will these projects include Nicholas Payton?

JM: I definitely want to make an Ella volume 2, and definitely with Nick. I don't feel we're done yet. I'd like to get into the Ella and Louie [Armstrong] material, in a modern way. But also Brazilian artists, any number of Great American songbook composers—unlimited ideas there.

AAJ: Chris Becker, in his book Freedom of Expression: Interviews with Women in Jazz (Beckeresque, 2015), in which you are interviewed, If Billie Holiday is number 1 and Ella Fitzgerald is number 2, who, in your opinion, rank among numbers 3, 4, and 5 (I am not asking you rank them, only who they would be) and why?

JM: Sarah, can't make that list without her. But then it gets murky. There are so many wonderful singers in so many ways. For me it's all about Joe Williams. Carmen McRae. But there are so many great, great women. Helen Merrill, June Christy, Peggy Lee, Nancy Wilson, Dinah Washington. The list goes on forever.