Singing a mixture of blues, ballads, popular songs, and jazz standards, Joe Williams was an elegant and sophisticated baritone known for his clear pronunciation and jazz styling. His name may not as well known to the general public as it should be, but Joe Williams is nevertheless counted among the masters of jazz and blues singing; he has, in fact, earned the title "Emperor of the Blues." His singing style, which he developed over a long and consistently successful career, contributed to the success of the Count Basie Orchestra and influenced the style of many younger singers.

Joseph Goreed was born in the small farming town of Cordele, Georgia, on December 12, 1918. His father vanished when Williams was very young, His mother, who was no older than 18 when she gave birth to her only child, provided a strong emotional bond until her death in 1968.

Soon after Williams was born, his mother moved them in with his grandparents, who had enough money to support an extended family. During this time, she was saving up for a move to Chicago, Illinois. Once she had made the move alone, she began saving the money that she earned so that her family could join her. By the time Williams was four, he and his grandmother and his aunt were on a train to Chicago, where they would live for many years.

What became most essential to Williams's life was the music scene that thrived in Chicago in the early 1920s. Years later, he recalled going to the Vendome Theatre with his mother to hear Louis Armstrong play his trumpet. Chicago also offered a host of radio stations that featured the then rebellious sound of jazz, exposing Williams to the styling of Duke Ellington, Ethel Waters, Cab Calloway, Joe Turner, and others. By his early teens, he had already taught himself to play piano and had formed a quartet, known as the Jubilee Boys that sang at church functions.

In his mid-teens, Williams began singing solo at formal events with local bands. The most that he ever took home was five dollars a night, but that was enough to convince his family that he could make a living at it. At the age of 16, Williams dropped out of school. After a family conference, the name "Williams" was chosen as a better last name for a singer, and he began marketing himself in earnest to Chicago clubs and bands. His first job was at a club called Kitty Davis's. Hired to clean the bathrooms, Williams was allowed to sing with the band in the evening and keep the tips, which would sometimes amount to 20 dollars a night.

Williams's first professional break came in 1938 when clarinet and saxophone master Jimmie Noone invited him to sing with his band. Less than a year later, the young singer was earning a reputation at Chicago dance halls and on a national radio station that broadcast his voice from Massachusetts to California. Williams toured the Midwest in 1939 and 1940 with the Les Hite band, which accompanied the likes of Louis Armstrong and Fats Waller. One year later, he went on a larger tour with the band of saxophonist Coleman Hawkins.

Williams quickly attracted the interest of jazz great Lionel Hampton. In 1942, Hampton hired Williams both for the band's home performances at the Tic Toc Club in Boston and for their cross-country tours. His work with Hampton ended when the band's regular male singer was able to return. By that time, Williams was able to resume his burgeoning career in Chicago.

In the early 1950s, Chicago disc jockey Daddy-O Daily secured for Williams an opportunity to sing with the band of one of the most powerful band leaders of the era, Count Basie. After the gigs, Williams returned to his floating solo career style, but by 1954 Basie wanted him on contract. Williams would stay with the "Basie machine" until 1961, making New York his home base and securing the best exposure a blues singer could have. National tours were interspersed with long spells in a number of America's musical capitals, when the band would play at one club for three or four weeks at a time. After 1955, the band stopped every year at the Newport Jazz Festival, one of the biggest events on the jazz calender. The years 1956, 1957, and 1959 also found the Basie band touring Europe, where the popularity of jazz had skyrocketed.

Williams developed his essential repertoire while he was with Basie, including standards such as "Every Day (I Have the Blues)," "Five O'Clock in the Morning," "Roll 'em Pete," "Teach Me Tonight," "My Baby Upsets Me," and "The Comeback." The recordings that he made with the Basie band cemented his popularity, selling briskly in record shops and earning airplay at major radio stations across the country. In 1955, Williams won Down Beat magazine's New Star Award. That same year, he won Down Beat's international critics' poll for Best New Male Singer, as well as their readers' poll for Best Male Band Singer—citations he would continue to accumulate throughout his career.

Despite his tremendous success with Count Basie, Williams eventually began to feel that his position with the Basie band was limiting his potential as an artist. During 1960 Williams tired of singing with the Basie band. He played his last engagement with Basie in January 1961 and began a solo career by touring with a quintet led by trumpeter Harry "Sweets" Edison. They recorded three albums together in 1961 and 1962. From 1963 to 1965 Williams recorded for RCA Victor, including a 1963 live album, “Joe Williams at Newport.” Williams went on to sing with the Thad Jones-Mel Lewis band during the latter half of the 1960s, including a 1966 date at New York's Village Vanguard that was captured on a live album.

During the 1970s Williams continued to tour, playing clubs, concerts, and festivals throughout the world. In 1971, he and pianist George Shearing collaborated on a recording, “The Heart and Soul of Joe Williams.” They had been friends for more than 20 years. In 1973, he recorded “Joe Williams Live,” with saxophonist Julian "Cannonball" Adderley. He also sang in Adderley's folk musical, “Big Man,” which was released on record in 1975.

In 1974, Williams sang an a cappella version of Duke Ellington's First Sacred Concert at a memorial concert for Ellington held at the Hollywood Bowl. That year he also reunited with the Count Basie Orchestra for a Newport Jazz Festival concert in New York City. It was so well received that Williams appeared frequently with the band until Basie's death in 1984. Toward the end of the decade he toured Africa with trumpeter Clark Terry under the sponsorship of the U.S. State Department. A 1979 recording, “Prez and Joe,” with Dave Pell's Prez Conference, which played ensemble versions of Lester Young's tenor sax solos, earned Williams a Grammy nomination for best jazz vocal. He earned another Grammy nomination in 1981 for the song, "8 to 5 I Lose," from the movie Sharky's Machine.

Williams toured with Edison and other former members of the Basie band as well as with his own trio during the 1980s. He was given a star on the Hollywood Walk of Fame in 1983, next to Basie's. When Basie died in 1984, Williams sang at his funeral, moving the crowd with a rendition of Duke Ellington's "Come Sunday." In 1985, Williams received a Grammy Award for Best Jazz Vocalist for the album “I Just Want to Sing.”

During the 1980s Williams appeared at the Playboy Jazz Festival ten times. In 1988, his schedule included more than 100 nights of performing, including two trips to Europe, a week aboard the Floating Jazz Cruise, the Monterey Jazz Festival, his annual participation at the Kennedy Center Honors, and more.

When Williams reached the age of 70, a birthday tribute concert was held at New York's prestigious Carnegie Hall as part of the JVC Jazz Festival. The two-part concert featured Williams singing with his own trio during the first half, then joining the Count Basie Orchestra led by Frank Foster for the second half.

In June of 1991, the Society of Singers, whose Board of Directors is a virtual Who's Who of American vocalists, honored Joe Williams for his distinguished career. The tribute, "For the Love of Joe," was held in his then hometown of Las Vegas, Nevada, and included presentations and performances by such artists as Henry Mancini, Nancy Wilson, Vikki Carr, Billy Eckstine, Della Reese and many more. In 1992, his recording of "Every Day (I Have the Blues)" with the Basie band was named a Grammy Hall of Fame recording by the National Academy of Recording Arts and Sciences (NARAS). He earned a second Grammy Award for his release Ballad and Blues Master in 1992, and was honored by the Johnson Publishing Company with its prestigious Ebony Lifetime Achievement Award in 1993.

The following year, Williams performed at the White House for President and Mrs. Clinton. He continued to attend the Kennedy Center Honors each year. Williams began recording with Telarc Jazz in 1993 releasing “Joe Williams with the Count Basie Orchestra.” He also released the albums “Jump for Joy,” (1993), “Here's to Life,” (1994), and “Feel the Spirit” (1995).

A 1993 video, Joe Williams: A Song is Born, captured the singer in a live performance with pianist George Shearing and his trio. In 1997, he performed to rave reviews in the San Francisco revival of Duke Ellington's 1943 classical and jazz composition, Black, Brown and Beige, which included "Come Sunday" and "The Blues." He subsequently recorded duets with a young singer, Nicole Yarling, for the Manchester Craftsmen's Guild. In 1997, he was presented with the Jazz Vocalist Award from the Los Angeles Jazz Society. That same year, Williams was inducted into the International Jazz Hall of Fame.

After complaining of respiratory problems, Williams was admitted to a hospital in Las Vegas in March of 1999. He died on March 29, 1999. Show less 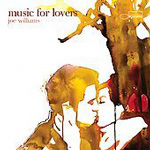 Everyday I Have the... 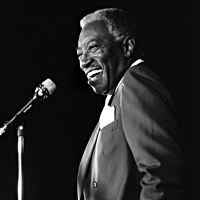 All About Jazz musician pages are maintained by musicians, publicists and trusted members like you. Interested? Tell us why you would like to improve the Joe Williams musician page.