Helen Humes hails from Louisville, Kentucky, she came from a happy, close-knit musical family and learned to play trumpet and piano when she was young. As a child she sang with the local Sunday school band, which boasted future jazz stars such as Dicky Wells and Jonah Jones. In 1927 she made her first records for the OKeh label in St. Louis. Humes then went to New York where she recorded again, this time accompanied by stride pianist James P. Johnson, and worked for several years with the orchestra led by Vernon Andrade, star of Harlem's Renaissance Ballroom.

She also recorded with Harry James and in 1937, was offered a job by Count Basie but turned it down because the pay was not enough. The following year she changed her mind and signed up, replacing Billie Holiday. Her recordings at this time mixed attractive performances of poor-quality songs and marvelous versions of the better material she was given. She left Basie in 1941 to freelance, and by 1944 was working on the West Coast. She had moved into the then popular R&B field. Humes had a big hit with “Be-Baba-Leba,” recorded with Bill Doggett and on a 1947 session in New York, supervised by John Hammond Jr., she made some excellent mainstream jazz records with Buck Clayton and Teddy Wilson.

By the 50s, after another big hit “Million Dollar Secret,” her career slowed significantly and this hiatus continued into the late 60s when she officially retired to care for ailing members of her family. Upon her mother’s death in 1973, Humes sold her records and piano and resolved never to sing again. That same year, music critic Stanley Dance asked her to appear with Count Basie at the Newport Jazz Festival. This date was a great success and Humes returned to full-time singing.

Equally at home with ballads, to which she brought faultless jazz phrasing, blues shouting and R&B rockers, Humes was one of the outstanding singers of her day. Her light, clear voice retained a youthful sound into her 60s, and her late-period recordings were among the best she ever made.

In 1979 Humes teamed up with the Muse All Stars to record a superb album. On this release, Humes joined up with altoist/singer Eddie "Cleanhead" Vinson on "I'm Gonna Move to the Outskirts of Town" and is in top form throughout. Tenors Arnett Cobb and Buddy Tate, along with a fine rhythm section led by pianist Gerald Wiggins, did the vocalist justice. An enthusiastic "Loud Talking Woman" and "My Old Flame" are highpoints.

Helen Humes And The... 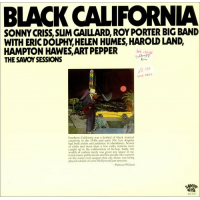 All About Jazz musician pages are maintained by musicians, publicists and trusted members like you. Interested? Tell us why you would like to improve the Helen Humes musician page.