Singing a mixture of blues, ballads, popular songs, and jazz standards, Joe Williams was an elegant and sophisticated baritone known for his clear pronunciation and jazz styling. His name may not as well known to the general public as it should be, but Joe Williams is nevertheless counted among the masters of jazz and blues singing; he has, in fact, earned the title "Emperor of the Blues." His singing style, which he developed over a long and consistently successful career, contributed to the success of the Count Basie Orchestra and influenced the style of many younger singers. Joseph Goreed was born in the small farming town of Cordele, Georgia, on December 12, 1918 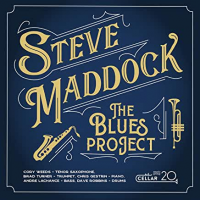 As a result of past visits to jny: Norfolk, Kenny Washington has amassed a large following of fans here, so it was no surprise that tickets sold out when the Virginia Arts Festival announced that he would be the first guest of the post-Covid season. As one of the best male jazz vocalist singing today, Kenny ...