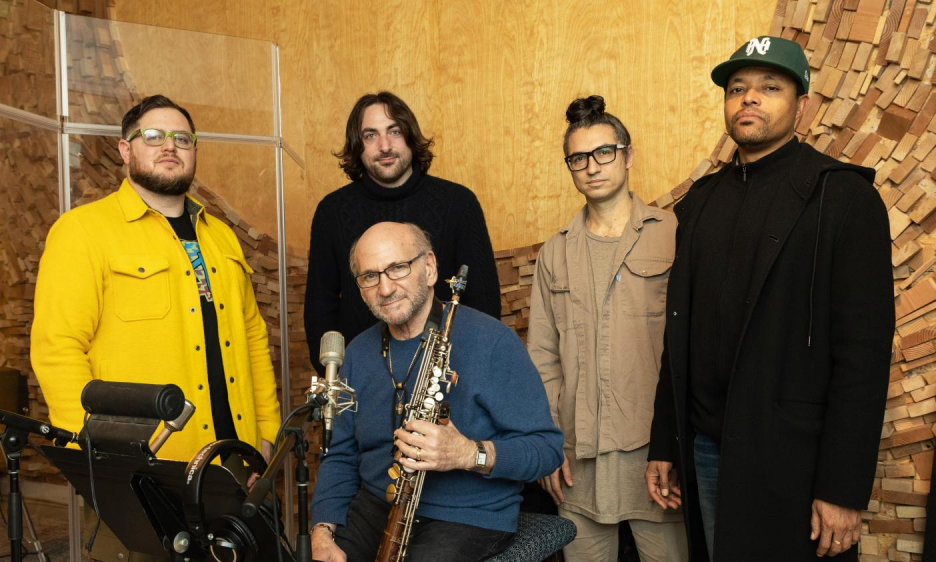 Elvin Jones was once asked how often he had played 'My Favorite Things' with John Coltrane. 'Once or twice a night for six years,' he said. 'That's 1,500!' said his questioner. Jones leaned forward: 'But we played it like there'd be no tomorrow, every night, you dig?'

When the founder of the Netherlands-based Criss Cross Jazz label, Gerry Teekens, passed away in 2019, there was an odds-on chance that Criss Cross would leave town with him. That is often the fate, in such circumstances, of organisations led by a singular visionary and defined by their personal aesthetic. The loss of the label would have been sorely felt, for between 1981 and 2019, the label released over 400 albums, every one of them uncompromising and most of them high end.

Fortunately, Criss Cross survives and is in 2023 in rude health. Shortly before Teekens passed, his son Jerry promised his father that he would keep the label alive and on track. The owner of a real estate company, with no first-hand experience of the music business, Teekens Jr. faced a steep learning curve. But he is doing well: guitarist Mike Moreno's Standards From Film was one of the most enjoyable albums of 2022.

Trumpeter Alex Sipiagin's Mel's Vision and bassist Michael Feinberg's Blues Variant (both reviewed below) are the January 2023 additions to the Criss Cross catalogue, and although at the time of writing it is early days, Blues Variant is certain to figure in one Best Albums of 2023 list, and deserves to figure in others. 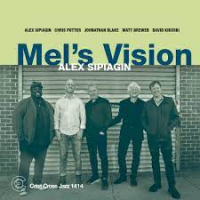 Alex Sipiagin's disc is the thirteenth album the Russian-born trumpeter has recorded for Criss Cross since emigrating to New York. It was made with a virtuosic band, whose members have all crossed paths with Sipiagin before: tenor saxophonist Chris Potter, on his eighth Criss Cross outing with the leader, pianist David Kikoski, bassist Matt Brewer, the bassist on Moreno's Standards From Film, and drummer Johnathan Blake, the anchor on the most exalted jazz album of 2022: tenor saxophonist Oded Tzur's Isabela (ECM).

It is a great lineup, but the music does not quite live up to expectations. There is technical excellence in spades, there is lyricism, there is sinew. Yet try as one might, one senses too little of Teekens Sr.'s holy grail—"some fire and some blood." An exceptional track is the cover of the Ukrainian folk tune "Vesnianka." Sipiagin says in the liner notes that he included it as a salute to his many friends in Ukraine, for whom "my heart bleeds." The remaining tracks—two originals by Sipiagin, one by Potter, Don Friedman's "Summer's End," McCoy Tyner's "Four By Five," Ornette Coleman's "Bird Food" and Charles Mingus's "Peggy's Blue Skyrlight"—are somehow too pat, too... performative.

In 1986, on a train in Italy, Elvin Jones was asked how often he reckoned he had played "My Favorite Things" with John Coltrane. He replied: "I was with John for six years and we played it once or twice a night, so, do the math." His questioner did that and exclaimed: "That's 1,500 times!" Jones leaned forward in his seat, right into his questioner's face and said: "But we played it like there'd be no tomorrow, every night, you dig?"

Listen to Sipiagin and company's version of Tyner's "Four By Five." It is good, the performances are technically accomplished, and Chris Potter brings some fire to his solo. Now listen to the original on The Real McCoy (Blue Note, 1967). A band can play with all the technical excellence in the world, but in the end it is the emotional weight behind the notes that counts. 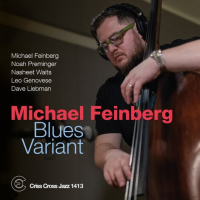 Now this is the real deal. That is signalled during the first few bars of the opening track and is the case through the entire fifty-minute album. As it happens, Elvin Jones figures in the backstory here, too. In 2012, Feinberg released The Elvin Jones Project (Sunnyside), with Billy Hart on drums (and Blues Variant's Leo Genovese on piano). The bassist has a groove-centric, expansive approach to music and has, he says in the liners, "always been chasing Elvin." Blues Variant's Nasheet Waits is a less polyrhythmic drummer than Jones, though he touches on him on Genovese's "Gather Power." But he stokes the fire alright and is locked in snugly with Feinberg throughout the disc. Another ancestor who figures on the album is John Coltrane, echoes of whom resonate in Noah Preminger's tenor and Dave Liebman's soprano (Liebman guests on three of the ten tracks).

There are also shades of Cannonball Adderley / Joe Zawinul circa "Mercy, Mercy, Mercy," most explicitly perhaps on "The Healing Power Of Grits," one of seven Feinberg originals. The soulful vibe is heard throughout the album, including on the lovely Feinberg ballad, "Cycle Song," and on tunes using 3/4 and 5/4 as much as on those in 4/4 with a backbeat. Referring to the over-arching importance of emotional engagement, Feinberg writes of Preminger: "He's one of the most technically virtuosic saxophonists—and that's the least impressive thing about what he does." And of Waits: "[He] plays all my really hard music in ways that can make it sound effortless." Of Genovese he says: "He's like a shaman."

There is only one cover on the album, of Herbie Hancock's "Eye Of The Hurricane." In the interest of balance and fairness, try the "Four By Five" test applied to Alex Sipiagin's album. Listen to Feinberg and company's metrically modulated version, then the original on Maiden Voyage (Blue Note, 1965). They are different, but it would be ridiculous to say one is "better" than the other.

Feinberg's final sentence in the liners gets to the nub of things. "It all comes down to authenticity," he says.

Tracks: Blues Variant; Saqqara; High Or Booze; The Healing Power Of Grits; Eye Of The Hurricane; The Water Spirit Brought Us, The Water Spirit Will Take Us Home; Gather Power; Improvisation (for Leslie); Cycle Song; Year Of The Ox.