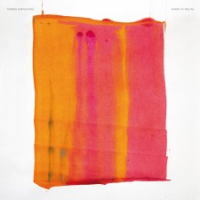 The Homo sapien caveman picked up a goat's horn and blew some notes through it to entertain the Neanderthals, who had somehow, not paid the cover charge for the spring solstice show. No worries he thought, they'll soon be extinct, and I've just invented music.

What the Neanderthals were fascinated with, was, just how did the caveman make those sounds? Same can be said of musician Torben Snekkestad's recording Winds Of Mouth. Actually, it's just one of three releases on ILK Music that comprise his trilogy "The Poetics of a Multiphonic Landscape" that also include The Reed Trumpet and Plateau.

A gifted saxophonist in both jazz and classical music, Snekkestad is a sound explorer with a zealous commitment to extended technique and free improvisation. His previous release was the duo session Slip Slide And Collide (Maya, 2014) with legendary bassist Barry Guy. His other projects include The Living Room with pianist Søren Kjærgaard and drummer Thomas Strønen, a classical chamber ensemble—The Copenhagen Saxophone Quartet, and Trygve Seim's Ensemble.

On Conic Folded (ILK, 2009), he presented music in some solo music alongside an album of duo and trio music. Here he goes it alone, except where he utilized multi-tracking to reinvent the wheel, as it were.

His vinyl only (w/download) release The Reed Trumpet produces eleven improvisations from his hybrid reed trumpet, an invention of Eddie Harris in the 1970s in which a reed mouthpiece is fashioned to the brass instrument. The effect can be that of a muted trumpet, the game calls of John Zorn, the minimalist breathy sound of Axel Dorner's trumpet, a very formal classical chamber trumpet, or an electric current as in Sachiko M's sine waves. The music here is minimalist raw material Snekkestad is cataloguing for his future reference, or techniques prospective musicians can marvel over.

On Plateau, he switches to tenor and soprano saxophone, but maintains his dedication to new sound explorations. His circular breathing, coupled with overblowing his saxophone, creates hypnotizing effects. His music, especially on soprano, is the progeny of pioneer Evan Parker's work. Snekkestad takes free improvising to yet another level. He has all the tools, from slurry notes, to mouthpiece pops, upper register balancing acts, and tone control to forge a new musical path.

Winds Of Mouth draws together all the instruments he has been investigating, tenor and soprano saxophone, reed-trumpet, slide trumpet, clarinet, and water bowl. He also utilizes multi-tracking to layer one instrument upon another. "South Abyss" floats breath-only notes over and through the prickling scratches of and pulses of notes. His deep bass notes come from somewhere under water. The title track opens with what sounds like an animal's horn, then a response from various woodlands creatures. Without visuals, there is no way to grasp how these sounds are created. He can sound like an entire steampunk invention from the 19th century. Switches and valves powered by the steam of his breath create a neo-noir soundtrack for an imaginary movie.