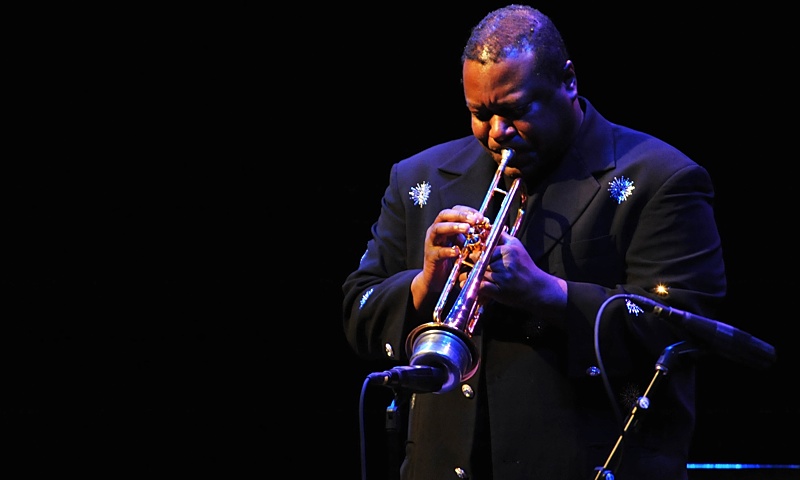 It's like the Holy Grail of music that was written specifically for Miles and that band.
—Wallace Roney

Wayne Shorter is universally acknowledged as one of the greatest composers in the history of jazz, which is the history of American music. His compositions are played by instrumentalists in cramped and crowded nightclubs wherever on earth jazz music is performed. It's hard to imagine a jazz festival where at least few of his works don't cascade upon the ears at some point. Vocalists have added lyrics to some of his songs so they, too, can get involved in their interpretation.

"He's an absolute jazz master, one of the greatest composers in jazz and, in my opinion, in modern music," says Joshua Redman, who has made his own mark as one of the finest saxophonists of his generation.

Shorter is prolific. He writes often and in different forms. He has pieces of music written many years ago that he occasionally gets back to and brings out in some fashion. "Finishes" isn't really a term he prefers. "When people say something is finished, that's like a consensus," he says, proudly. "That's just an opinion. 'That's the end of that song.' No. the song's just sitting there. That's not a law."

Lately, there is some special music sitting in Shorter's vault that is finding its way out, albeit slowly, to be finally heard. It's being done by the extraordinary trumpet player Wallace Roney, who obtained the music in 2012 from Shorter, his close friend. Until about a year ago, when Roney formed a band that played it in concert, all but one piece had never been performed before.

These are extended scores for 23 musicians, written around 1968 by Shorter specifically for Miles Davis to play with his great quintet of that time, Shorter, pianist Herbie Hancock, bassist Ron Carter and drummer Tony Williams at the core.

"I've got to get it out there so people can hear it," says Roney. "It's like the Holy Grail of music that was written specifically for Miles and that band."

There are five extended pieces, "Legends," "Universe," "Twin Dragon," "Utopia" and "5/4." Roney struggled to get opportunities for the music to be played. He had some rehearsals, but no one was willing to book a performance. But in January of 2013 he finally got a chance to play publicly at a club called Drom in New York City. "Nobody got paid, because they weren't paying anything," says Roney. "It was a showcase. Everybody came out and there was a buzz all over the place for a moment. Because the music was that great," but nothing happened. A few months later, in a May conversation, Roney was still scratching his head. "I can't get nobody. Let me give you a capital N, capital O, capital B, capital O, capital D, capital Y. NOBODY. They're interested when they first hear. But I've gotten resistance so much it's incredible. You've got to be kidding me. No one wants to hear this? It's like when I was with VSOP and nobody would book us. It's the same thing."

Roney says the VSOP band that toured as a tribute to Davis in 1991' with Roney on trumpet along side Williams, Carter, Hancock and Shorter ("the greatest band I ever played in in my entire life. Period"), had trouble getting booked in the United States.

In July, Roney was able to get the music into the Jazz Standard in New York City. Trumpeter David Weiss conducted the orchestra, which contained flutes, French and English horns and bassoon, plus violin, clarinet and two bass clarinets along with standard instrumentation." Man, it levitated," he says in December. "It felt like the whole room was levitating. It was amazing. After they let us do it, they were supportive of us. They felt it as well."

Still, he notes "We've been having a hard time. People are passing on it. The record companies are passing on it. I haven't given up. I've dedicated [2014] to getting this music out there and performed... We're trying to get it into art houses and concert places. Even some prestigious clubs would be nice too."

There is one concert slated so far, January 9 at at the Poisson Rouge as part of Winter Jazzfest presents SummerStage/Charlie Parker Jazzfest Showcase.

Roney explains the music was written around the time the Davis quintet—often referred to as his Second Great Quintet—dispersed "and then Wayne lost the music. Years later Wayne found it. He called me and he said, 'Look. I've got some music here. We never got a chance to do it. I want you to do it. You're the only person who can do it.' I said. 'Thank you, of course.' You would think a situation like that, the world would be hyped up on this new music that Wayne wrote. Everyone loves Nefertiti and those things from that era... It was for Miles. On the score it has all the instruments plus Miles' name. And Herbie and Tony and Ron. Ron is playing between the acoustic bass with the band and playing with the string section. [The score] had him doing double duty."

"What makes the music unique," notes the trumpeter, "is that when Miles usually does stuff like this with music, he'd usually give it to Gil Evans to orchestrate. But this one, the orchestration and the arrangement came from the mind of Wayne Shorter. That's what makes it really special."

Shorter recalls the music and that Davis was fond of it. He says one composition was played live. "It was called 'Legends.' We played it at the Monterey Jazz Festival in 1967. Gary McFarland conducted it. Ray Brown was playing bass. It had English horn and stuff like that. And one Hawaiian guitar." It was a special concert that day in which Gil Evans' group played one of his own pieces, also extended, with large ensemble, and another large ensemble played a piece by Ornette Coleman, according to Shorter.

"Miles knew" the value of the music, says Shorter. "When we played the music with Miles, before Miles died, [a 1991 concert in Paris that featured Miles alumni like Shorter, Hancock, Williams, Dave Holland, Chick Corea, Joe Zawinul, Steve Grossman and others], he asked me [in dead-on Miles voice:] 'Hey Wayne.' Like that. 'Hey Wayne, you still got that 'Legends'? You still got the score?' I said 'Yeah.' He said, 'Let's do it.' He wanted to do it again. He wanted to record it. He'd only played it in Monterrey. He was to record it and get it done, but he died. He was sick when he talked to me about that, then he passed away weeks after."

Regarding the difficulty Roney has experienced, Shorter says "You see the real face of business and all that stuff. I wrote the music. Wallace Roney doesn't have a track record of all kinds of marketed stuff for 20 years and all that stuff. It's pretty much the same now, when you write something extended... In the United States, you're going to have to do it yourself, get the money. When Joseph Haydn [an Austrian composer, one of the most prolific and prominent of the Classical period] wrote 199 pieces, he had a prince who financed him all his life. So that's what he did daily. That's not happening now."

"Whatever they feel about me, that's not the point. This is music that Wayne wrote that was never heard before," Roney says. "People should understand that the music created for that quintet, that collection of individuals, was special. It didn't get recorded only due to circumstance, not because it wasn't amazing. The band started breaking up. That's all it was."

The music, when Roney gets a chance to perform it, has his working quartet at the center and himself on trumpet as the main soloist, as the music dictates. "On one piece, there's a tenor spot that Wayne wrote that the tenor player would play. There's a lot of beautiful orchestration and writing to weave in with the solos. There's a lot of creativity up in this music. It's like Nefertiti [Davis's 1967 recording with the Second Great Quintet on which Shorter wrote four of the six tunes.] Nefertiti is almost orchestrated. It's like that... 'Universe' is amazing. 'Legends' is amazing too. All of them are."