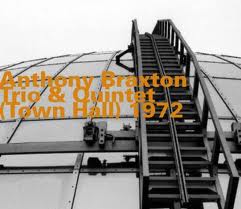 Time has an ability to obscure certain details of the past. This notion is apparent when considering the multi-decade oeuvre of visionary composer Anthony Braxton, whose restructuralist Tri-Axium Theory is as unique as Ornette Coleman's Harmolodic Theory or Cecil Taylor's Unit Structures. Braxton's use of pulse structures and multiple logics has long encouraged a considerable amount of expressive autonomy from performers, yet the composer's idiosyncratic aesthetic has commonly been attributed to an iconoclastic sensibility that inadvertently undervalues his seminal membership in the AACM—an organization whose collective ideology places great importance on group collaboration. Embracing this communal methodology more than most of his albums, the live concert recording Trio & Quintet (Town Hall) 1972 documents some of Braxton's most intriguing and embryonic experiments, conceived well before his elaborate concepts blossomed into the daunting complexities for which he is renowned.

Totaling in the hundreds, Braxton's numbered/graphical compositions have encompassed a wealth of technical innovations over the years; this set reveals the expansive dynamics of his Number 6 series—realized in a range of approaches, from austere introspection to brash expressionism. The first half of the concert presents Braxton's oblique alto excursions supported by bassist Dave Holland and drummer Philip Wilson. Holland's earlier work with Braxton, pianist Chick Corea and drummer Barry Altschul in the avant-garde super-group Circle (1970-1971) lends his rapport with the leader an intuitive, freewheeling air. Holland's virtuosic pizzicato and Wilson's lithe, in-the-pocket accents provide Braxton's blistering chromatic flights a supple undercurrent through a range of extreme sonic dynamics, while framing the lyrical interpolations of an abstract reading of "All The Things You Are" with recognizably melodic footnotes.