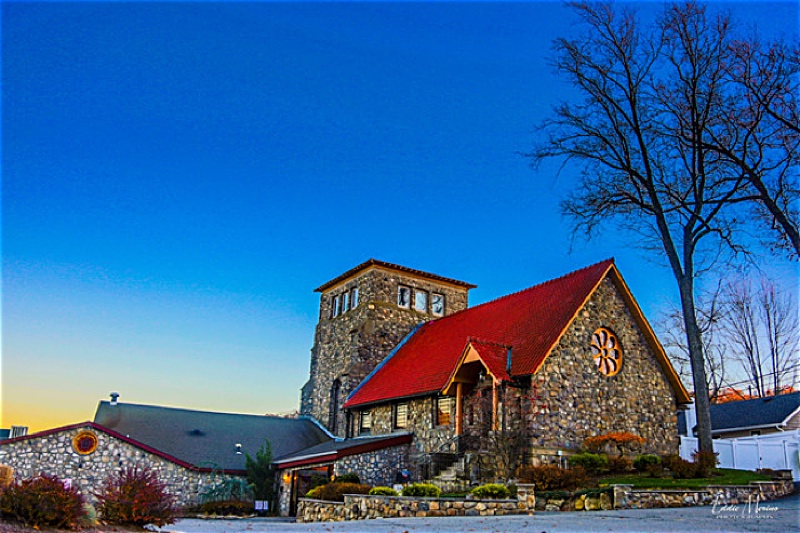 When I walk into the live room, a little early, on Day 3, Gillespie has already swapped out the piano for a Hammond B-3 organ and Leslie speaker. Three boom mics are positioned in the area closest to the window to the control room. Each one looms over a music stand. Nick and Leonieke discuss some fine points of the Hammond B-3 while she warms up. They decide to play Bobby Timmons' "Moanin'" as a means of checking the volume level. It's an invigorating way to begin the day. The energy in the room surges as Leonieke solos. A quality both very real and difficult to define runs through her fingers, something that's profoundly human and speaks to the joys and sorrows of everyday life. Noticeably absent are displays of technical brilliance that leave the listener awestruck, but emotionally distanced. At the age of fourteen, she's making music for all people, not just showing off or playing to impress other musicians.

Trumpeter Duane Eubanks and alto saxophonist Mark Gross enter the room and introduce themselves. Though they've yet to play a note, it's evident that their energy and affable personalities are going to be useful in keeping the session on a positive course. In the first of many instances suggesting the profound connection between generations of jazz musicians, Gross talks with a respect bordering on awe about some of the elders, including Jimmy Heath and Roy Haynes. Gillespie continues to make mic adjustments. Eubanks and Gross begin their warm up rituals in separate isolation booths, with the doors open. While Leonieke discretely executes a blues at a low volume, the room is awash in disparate sounds. Gross plays rapid fire, rollercoaster lines. Eubanks sounds out long, deliberate, sometimes bent tones. Gross reenters the live room, and the sound of his alto pervades the space. When Eubanks joins him, they continue to play, standing side by side, a few feet apart, seemingly oblivious to one another.

The proposed work for today's session is getting takes of Stanley Turrentine's "Sugar," Bobby Timmons' "Moanin,'" Nat Adderley's "Work Song," and Lalo Schifrin's "The Cat." When Nick originally conceived of devoting one day in the studio to a sextet featuring Leonieke on the organ, he wanted original arrangements of three of those selections rather than imitating charts off of previously recorded versions. He called on Andy Farber, who has written for names ranging from Wynton Marsalis, to Ray Charles, to Wynonna Judd, to apply his expertise as an arranger to the project.

While Leonieke hums a snatch of something she heard Gross play just a few seconds before, guitarist Mark Whitfield enters, introduces himself to all, and starts to set-up. Accompanied by the popping sounds made by his fingers on the keys of the alto, Gross tells stories about getting a spur of the moment ride on a private plane to a gig in the South of France, and playing in a concert space built inside of a yacht. Steve Davis arrives, trombone in hand, as Whitfield talks about the demands of the long sets he played in the band of Hammond B-3 master Jack McDuff.

Nick passes out copies of Faber's arrangement of "Moanin'" to a roomful of people telling stories and making jokes. There's a sense of community in the manner in which they work and enjoy themselves. I can hear bits and pieces of the tune emanating from various parts of the room. At times during the course of the day, it's like the sextet is an organism that periodically divides itself and then comes back together again. Leonieke counts off a tempo for a test take. It goes well and Gross remarks that it was interesting to navigate a difference or two between the version on the page and the way he usually plays the tune by memory. During a playback in the control room, Davis grins at Gross in response to the alto saxophonist's solo. They return to the studio and Whitfield briefly plays an "extra sauce" parody of the tune's melody. The first take features solos by everyone save Nick, as well as background figures by the horns behind Leonieke's turn. Nick slams home thunderous triplets, in unison, on the snare and floor tom-tom. Everyone agrees that the take went well, and there's talk around the room about the futility of multiple takes.

Leonieke likes the tempo Gross suggests for "Work Song." Davis unceremoniously leads the horns in a run-thru of the arrangement's background figures. Nick uses this time as an opportunity to snap photos of everyone in the live room. Gross suggests that they take another look at the letter "C" section of the arrangement, a staccato figure that eventually rounds out. Work and play continue to overlap as spontaneous jokes and laughter erupt throughout the room. The take includes brief solos by Gross, Eubanks, Davis, and Leonieke (with a horn background), plus a shout chorus. "I think we have a winner," Whitfield declares with a theatrical flourish. The guitarist induces gales of laughter by telling a story about a leader he once worked with who often drooled while playing.

Nick goes over the chords of "The Cat'" arrangement with Whitfield. The horns, individually, work on the music while Nick explains the sections of the horn arrangement vis-à-vis the solo order. Whitfield and Gross amuse themselves by playing a portion of an unrelated tune, which inspires more laughter and clapping of hands. Although they're still learning the chart, a test take is in order. Leonieke's interpretation of the melody and the boogaloo feel inspires applause and bodily movement. The music is powered, in part, by Nick's definitive ride cymbal and punchy figures played by the horns. Whitfield whoops in response to Gross' solo. The guitarist sings grunting syllables in near unison with his instrument. Davis beams with approval while Leonieke solos. The first real take is high energy, sharp, and unified. Sometimes Leonieke drives the band; in other instances, it's Nick who provides the momentum.

At the beginning of the break, Davis shakes Leonieke's hand, and says, "It's so good. I'm so glad to be on this date with you." Back in the control room, there's a playback for the band of Day 1's "Please Send Me Someone To Love." Davis snaps pictures of everyone with his phone. Leonieke lingers in the live room, playing the organ for herself. As she plays I can hear the high-spirited laughter coming all the way from the break room, where Whitfield obliges a request for an anecdote about Jimmy Smith, his former employer. While the others continue to eat and relax, Leonieke plays snippets of "Cry Me A River," a song she often performs with Natasha.

Whitfield enthusiastically responds to Leonieke's and Nick's plan to play "Sugar" in an organ, guitar, and drums format. Without much discussion she counts off a middling tempo. Whitfield makes eye contact with Leonieke during the head, and then plays the first solo, wordlessly singing along with his guitar and stomping his foot on the wood floor. He shouts encouragement while she solos. Immediately after the take there's laughter all around. When Nick and Whitfield leave the room, Leonieke stays at the organ and, once again, plays a blues. Juxtaposing phrases that are run on and sharply cut off, she makes the instrument talk, preach, and soothe the soul.

Nick proposes an improvised blues for the sextet, encouraging each musician to solo at length. Everyone likes the deliberate tempo set by Leonieke and Nick. Details regarding a horn background are discussed. Nick sings out a long tone figure that works to everyone's satisfaction. Davis declares, "Just let it happen!" Without a second's pause, Whitfield quips, "Just let it happen? Who is going to make it happen, first?" After the laughter subsides, he deadpans, "Don't mind me. I'm here for comic relief." Gross' solo is an amalgam of sweet and sour elements before he builds up steam and starts to sting. Eubanks extends one note, quietly slurs another, briefly goes silent, and comes back loud and brassy. Gross nods his approval as Davis quotes a snippet from "Work Song." Whitfield's guitar quivers, shakes and often stops short in mid-flight. Leonieke hits him with one broad chord, and then abruptly backs off. All eyes are on Leonieke when she solos. Davis spontaneously throws his arms in the air and grins, and then the horns execute the background figure. A few seconds after the take ends, Davis asserts, "That was as natural as heck!"

The remainder of the session is spent recording comparison takes of "Moanin,'" "Work Song," and "The Cat." The sextet's energy and enthusiasm never flags. A few highlights include Nick's snare drum response to a phrase played by Gross on "Moanin'"; a shout chorus that really does shout during "Work Song"; and Nick's four limbed drumming, a model of coordinated, swinging propulsion, throughout "The Cat." Confident that the session was something special, everyone begins to pack up. Before he leaves, Whitfield asks Nick to take his picture with Leonieke. After bearing witness to three days of an abundance of fine music, I believe that Nick has his work cut out for him in choosing the takes that make it onto the record.