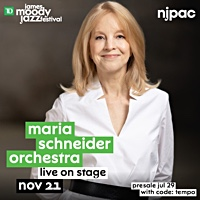 Beverly Kenney was an American jazz singer. Kenney's career began as a birthday singer for Western Union. After moving to New York City, she recorded a demo tape in 1954 with Tony Tamburello (the demo was released in its entirety in 2006 under the title Snuggled on Your Shoulder). By the end of the year, she moved to Miami and worked regularly at the Black Magic Room. For several months she toured with Jimmy and Tommy Dorsey's Dorsey Brothers Orchestra before returning to New York. Kenney said "Tommy and Jimmy liked me, but they thought I was too much of a stylist for the band. After a few months on the road, I left, and returned to New York", where she sang in clubs with George Shearing, Don Elliott, and Kai Winding. Her big break came in October 1955, when she was featured in a Jazz Benefit concert for Israel at Carnegie Hall, sharing the bill with Miles Davis, Art Blakey, Tito Puente, and Marian McPartland

Joey DeFrancesco Quartet Live from Van Gelder Studio Englewood Cliffs, NJ May 15, 2021 Rudy Van Gelder (1924-2016) was a rarity among sound engineers in that his name was highlighted on many album covers and he achieved legendary status in the jazz world. He initially held recording ... 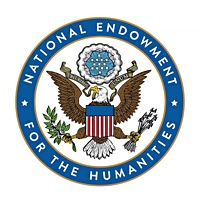 Funded by a joint grant from the UK Arts and Humanities Research Council (AHRC) and the US National Endowment for Humanities (NEH), City, University of London computer scientist Dr. Tillman Weyde, is the UK lead on a project to develop AI for music information retrieval tools and archival workflows to enhance access to archival jazz collections. ...

In this edition of Chats with Cats I interviewed someone from a jazz record label. It's no secret that selling music has become much more difficult in recent times so I was wondering what the outlook is for someone who's been doing it for 25 years. It was a nice surprise to hear the optimism that ...

In this edition of Chats with Cats I interviewed an on-air host at one of the world's leading jazz radio stations. Sheila Anderson is someone who has worked in many communication mediums but I wanted to find out the status of jazz radio in particular, from someone who is at the center of the jazz broadcasting ...