When he’s not playing jazz, Farber composes music for TV and film and is a staff composer at Duotone Audio Group. Farber also teaches jazz composition and arranging at The Juilliard School in New York City.

This Could Be The... 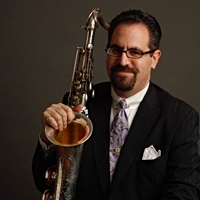 All About Jazz musician pages are maintained by musicians, publicists and trusted members like you. Interested? Tell us why you would like to improve the Andy Farber musician page.