Tibor Prettschnöder: The Largo And The Lame

By MARK CORROTO
February 22, 2019
Sign in to view read count 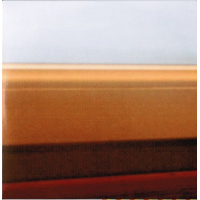 By now it is generally accepted that there is such a category as Germanic free improvisation. One separate from the Peter Brötzmann, Alexander von Schlippenbach, Gunter Sommer, Peter Kowald, Manfred Schoof, Gerd Dudek, Albert Mangelsdorff, etc, etc. school of free jazz that machine-gunned its way into the European scene of the late 1960s. These new rebels include three musicians heard here: Axel Dorner,  Matthias Lorenz, and Robert Landfermann, plus artists such as Andrea Neumann, Burkhard Beins, Oliver Schwerdt, and Christian Lillinger, to name just a few.

Their music is more patient and imperturbable than that of their forefathers. For instance, Dörner's trumpet can sometimes be heard as merely breath for an entire performance, or he can utilize processing that disguises any notion of the instrument. The question to be posed then is, can he play changes? Absolutely. Dörner can be heard in the alt-swinging Die Enttäuschung, and von Schlippenbach's Monk's Casino (Intakt, 2005), in which the band covered every composition by Thelonious Monk. The same can be said for bassist Robert Landfermann in groups led by Pablo Held, and the various New Old Luten Projects. Of course, the Brit bassist John Edwards has performed with everyone from Louis Moholo-Moholo to Sunny Murray, François Carrier, Joe McPhee, and Charles Gayle.

What then to expect from Tibor Prettschnöder? The Largo And The Lame comes with the admonition, "This recording is proven to be listened to at night. Just watch out your window and do not move in any way!" Resisting the advice and listening to this during the daytime still has its intended effect. The 45 minutes and four tracks cast an otherworldly, almost paranormal spell. Bowed basses drag elongated tones while processed trumpet (if indeed Dörner is utilizing his full horn) glazes the affair with an unearthly hum. This beast of a sound is moving at a torpid pace. Basses squeal with a metallic hum as electronics mimic the sound of air flow. Imaginary scenes are conjured, and maybe the suggestions of a factory, railways, and rocket fire arise as placebo. Nonetheless, the imagined is always stronger than the actual. The sounds are mesmeric; listen at your own risk. Maybe the release should come with a stronger warning label.