Alto saxophonist and improviser François Carrier is definitely going his own way. Carrier singular vision has led him to maintain a wide recorded presence all over the world. His rich, deep playing that blends lyricism with boldness and a sense of surpassing one’s self has earned him a place in the Annual International Critic’s Poll of El Intruso of El Intruso 2018, 2017 as well as 2015 and in the DownBeat’s 2013 Best Alto Sax Players List. In 2001 he won a Juno Award in the Best Contemporary Jazz Album category for his third album Compassion (Naxos Jazz). To date, François combines an impressive discography of over 35 internationally acclaimed albums with legendary musicians such as Paul Bley, Gary Peacock, Bobo Stenson, Tomasz Stanko, Uri Caine, Jason Moran, Dewey Redman, Mat Maneri, Sonny Greenwich, Jean-Jacques Avenel, John Edwards, Steve Beresford, Rafal Mazur, etc

This week's spotlight is clearly on the great bassist, composer, multi-instrumentalist & culture maker, William Parker. His 10-CD box set is almost overwhelming in its scope and originality. You'll hear a sampling from three of the CDs, plus a track from a new recording with his partner, Patricia Nicholson. We check out new discs from Montreal's ...

As is true of countless other players, the output of French-Canadian saxophonist Francois Carrier took a nosedive after the arrival of covid-19 and lockdown. Where he had been averaging two album releases a year, Glow is his first release since Japan Suite (NoBusiness) which was released eighteen months before, in May 2020. In addition, Carrier's globe-trotting ... 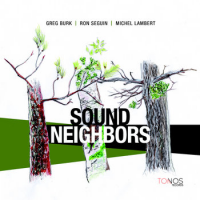 Just as they say in real estate, “location, location, location," the same can be said for the piano trio of Greg Burk, bassist Ron Seguin, and drummer Michel Lambert. Recorded in Rome, where the American Burk now makes his home, Sound Neighbors reunites the pianist with the Canadians Seguin (also a resident of Rome) and Lambert, ... 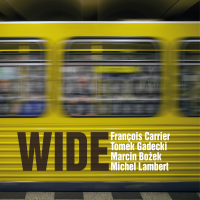 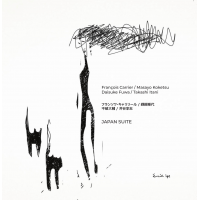 Canadian alto saxophonist François Carrier frequently travels light. Even more so on this occasion as his regular peripatetic partner drummer Michel Lambert was not on board for a 2019 tour of Japan. This 78-minute album presents a first-time meeting with a group of Japanese improvisers, comprising bassist Daisuke Fuwa founder of the Shibusa Shirazu Orchestra, with ...

This first July show features the debut of a new record label with a focus on improvisation: Tau Forms. The artistic director is drummer Whit Dickey, and it happens that his new Expanded Light is one of first two releases by the label; the other comes from pianist Matthew Shipp. Good luck to Tao Forms! I ...