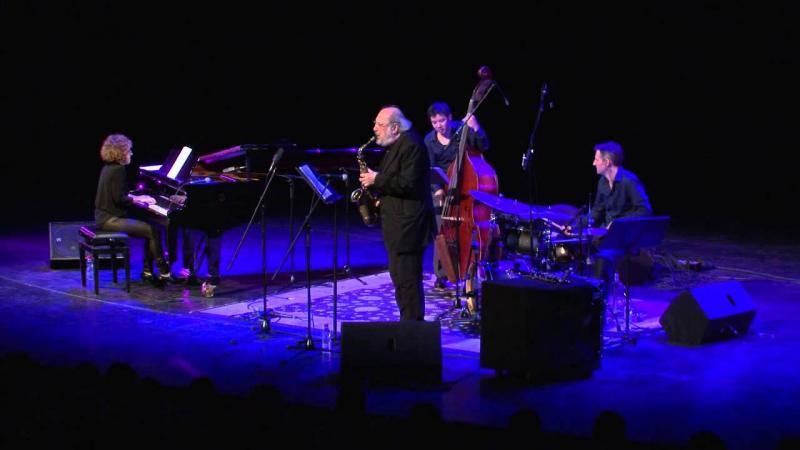 Pianist/composer Anat Fort's trio last played at the Rubin Museum of Art in November, 2008, and it seemed like the packed house had collectively been waiting for its return. Applause, and even cheers washed over the stage as she was introduced; it felt like a homecoming.

The concert was part of the CD release tour for her new album, Birdwatching, which features her long time partners, bassist Gary Wang and drummer Roland Schneider, with the addition of the delightful reedman Gianluigi Trovesi playing only alto clarinet.

The set included a number of tracks from the record (announced a bit too softly by Fort), including "Song Of The Phoenix," "Murmuration," "Earth Talks" and "Milarepa Part 1," but also "Lullaby" and "Not A Perfect Storm" from her first album, A Long Story .

Birdwatching itself harkens back to A Long Story which had the same instrumentation, but with Perry Robinson on clarinet, so the set reinforced the feeling of a return to something familiar. This is not to say that her second album, And If ought to be skipped, indeed, "Something 'Bout Camels" was brought over from the first album. Perhaps Fort just feels that having another, contrasting solo voice enhances the musical colors available.

In any case, the music did not disappoint. The mixture of simplicity and elegance, when combined with seemingly inevitable, but yet surprising harmony is seductive. Fort's music somehow floats while remaining anchored; it is quite accesible yet challenging and deep without feeling formidable. Fort creates music that is at turns playful, then serious, but always mellifluous and joyful even when it is pensive.

The mark of good music performed well is that time manages to stand still, and yet the set felt too short. One encore was not enough, and everyone in attendance would gladly have stayed another hour.