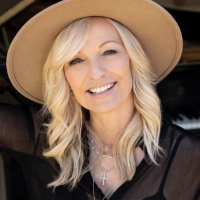 A true original at the top of her game.
—All About Jazz

Laced with a pulsating West Coast cool energy, the award-winning composer and acclaimed pianist Lisa K. Hiltons’, recordings are imbued with subtle historical references from a wide variety of genres and eras, sounding distinctly twenty-first century and uniquely of her own style. Her compositional inspirations do spring from jazz legends Thelonious Monk, Count Basie, Horace Silver and Duke Ellington, but they also include her favorite bluesmen, Muddy Waters and Robert Johnson, touches of minimalism from the likes Steve Reich, rhythmic swatches from modernists such as Prokofiev and Bartok or chords from rockers like The Black Keys or Green Day – they all hold sway in Hilton’s imagination when she composes.

Originally from a small town on California’s central coast, Hilton studied classical and twentieth-century piano formally from the age of eight, where she was inspired by her great uncle, Willem Bloemendall, (1910-1937), a Dutch piano virtuoso. Hilton accompanied on the piano for her grammar school glee club starting in third grade, later joining orchestra and band on flute, and performed piano scores for high school musicals.

In college though, due to the lack of creativity in the music program, she dropped out, switching majors and receiving a degree in art instead. Since becoming a professional musician though, this background in the arts has informed Hilton’s composition process noting that she “paints” her compositions with harmonic washes and then “sculpts” them with textural and rhythmic ideas

. In the book, The New Face of Jazz, by Cicily Janus (with an introduction by jazz legend, Wynton Marsalis and an afterword by jazz icon, Sonny Rollins), Janus notes that Hilton has been “compared to some of the best pianists in history”–comparisons are often made to the legendary Bill Evans and Dave Brubeck, but Hilton’s compositions are also considered to be reminiscent of musical impressionists such as Claude Debussy and Erik Satie.

Hilton has performed at venues across the US from the legendary Carnegie Hall to Chicago’s historic Green Mill and is known her expressive technique at the piano as well as for her warmth and storytelling on stage. Over a career that has lasted several years, Hilton has worked with many of todays’ living jazz legends such as JD Allen, Rudy Royston, Larry Grenadier, Terell Stafford, Christian McBride, Sean Jones, Billy Hart, Marcus Gilmore, Nasheet Waits and others. Her latest recording, OASIS was recorded with Luques Curtis on bass and Mark Whitfield Jr. on drums. With her high-profile band mates, Hilton continues producing an album a year through her publishing company, Lisa Hilton Music. Her deep catalog of compositions is now nearing 300 recorded tracks – and her releases annually receiving strong support from radio and acclaim from critics around the world.

Hilton now lives in Malibu, California–home at one time to jazz musicians Miles Davis, Joe Zawinul, and Horace Silver among others – finding inspiration in the essence of the sun-dappled hills and within the fog-dense mornings along the beach. The daughter of a professor of biology, nature holds a special place in Hilton’s life, and she brings in the wider world outside into her compositions with titles such as Vapors & Shadows from OASIS, Mojave Moon off 2017’s ESCAPISM, and Sunset on the Beach from the album DAY & NIGHT.

Committed to helping students who are often overlooked, Hilton has regularly spends time to help students who are blind or visually impaired at the Perkins School for the Blind in Boston, The Chicago Lighthouse for People Who are Blind or Visually Impaired, The Junior Blind of America in Los Angeles, Camp Bloomfield for the Blind in California, or The Berklee College in Boston and their Adaptive Music Lab for visually impaired musicians.“ I enjoy extending help to those with physical disabilities–music should be for everyone,” Hilton explains. Show less

Lisa Hilton Celebrates Optimism In 'Life Is Beautiful' With Luques...

Lisa Hilton and her Trio with Rudy Royston and Luques Curtis...

Lisa Hilton Sets Forth On A Journey Promoting Peace, Tranquility and...

Enter the "Lisa Hilton - Getaway" Giveaway at All About Jazz!

“One of the major voices in the modern jazz community, ” —The Jazz Messenger, 2012

“A Lioness of Jazz” —JazzReview.com

All About Jazz musician pages are maintained by musicians, publicists and trusted members like you. Interested? Tell us why you would like to improve the Lisa Hilton musician page.