Jazz pianist, composer and Grammy Award-winning arranger Bill Cunliffe is known for his innovative and swinging recordings and compositions. Bill began his career as pianist and arranger with the Buddy Rich Big Band and worked with Frank Sinatra, Joe Henderson, Freddie Hubbard, Benny Golson and James Moody. He has since established himself as a solo artist and bandleader, with more than a dozen albums under his name.

Bill currently plays with his trio; his big band; his Latin band, Imaginación; and his classical-jazz ensemble, Trimotif. He performs in the U.S. and around the world as a leader and sideman as well as a soloist with symphony orchestras.

Other recent releases include his Overture, Waltz and Rondo for jazz piano, trumpet and orchestra (BCM+D Records, 2012). Bill performed the work with trumpeter Terell Stafford and the Temple University Symphony Orchestra, conducted by Luis Biava. The recording won Bill his fifth Grammy nomination, in the Best Instrumental Composition category.

Also released in 2012 was his Concerto for Tuba and Orchestra, with tubist Jim Self and the Hollywood Ensemble, with Bill conducting (Metre Records, 2012). Bill’s album of solo improvisations on Christmas carols, “That Time of Year” (Metre Records, 2011), was described as a “tour de force” in the Los Angeles Times.

Bill’s other recordings show his affinity for Latin rhythms (“Bill in Brazil,” Imaginación” and his Grammy-nominated trumpet concerto “fourth stream … La Banda”) and pay tribute to some of his musical heroes, including Bud Powell, Oliver Nelson and Paul Simon.

Bill wrote the score for the film “On the Shoulders of Giants,” Kareem Abdul-Jabbar’s homage to the Harlem Rens basketball team of the 1920s and ’30s. The movie recently received an NAACP Image Award for Best Documentary. Bill’s soundtrack was nominated for Best Album.

He recently completed scoring a film noir by Singaporean director Ying J. Tan and is producing a jazz album for singer Freda Payne.

Bill’s books “Jazz Keyboard Toolbox” and “Jazz Inventions for Keyboard” (Alfred Music Publishing) have become standard reference works. His most recent publications are “Uniquely Christmas” (2012), a book of arrangements inspired by his CD “That Time of Year,” and “Uniquely Familiar: Standards for Advanced Solo Piano” (2010).

Bill was awarded a Grammy for Best Instrumental Arrangement for “West Side Story Medley,” on the album “Resonance Big Band Plays Tribute to Oscar Peterson” (Resonance Records, 2009). In addition to receiving five Grammy nominations, he is a two-time Emmy nominee.

The Los Angeles Jazz Society honored Bill in 2010 with its Composer/Arranger Award. That year he was also named a Distinguished Faculty Member of the College of the Arts at Cal State Fullerton, where he is a jazz studies professor. He also teaches at the Skidmore Jazz Institute and the Vail Jazz Workshop.

Bill grew up in Andover, Mass. He studied jazz at Duke University with pianist Mary Lou Williams and received his master’s degree from the Eastman School of Music. He was the 1989 winner of the Thelonious Monk International Piano Competition. Show less

"Our audience loved the show; several folks thought that the chemistry of the trio was the best they've ever heard." Doug Moody, North Coast Brewing Company

"BIll Cunliffe (and his trio) shared his genius with us in Roswell, with some of the most brilliant piano playing we've heard!" Michael Francis, Executive Director, Roswell Jazz Festival 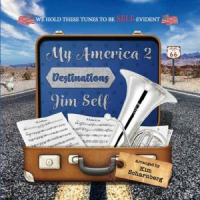 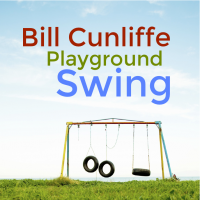 From: BACHanalia
By Bill Cunliffe 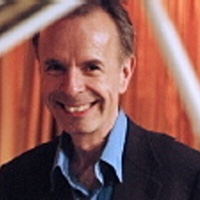 All About Jazz musician pages are maintained by musicians, publicists and trusted members like you. Interested? Tell us why you would like to improve the Bill Cunliffe musician page.