The clouds of war were gathering over Europe in 1937, when Milcho Leviev was born in Plovdiv, Bulgaria. His journey to jazz fame had begun and he recalls it thusly: “During W.W.II Bulgaria was, for the most part, a fascist country, on the German side. My father was Jewish, but the Bulgarian Jews didn't go to the gas chambers, they were saved, like the Danish Jews. When the war ended I was 7. I experienced some bombing of my town at the end of the war; Hitler ordered Bulgaria to declare war on the USA! It was proper at that time for middle class family kids, war or no war, to have music lessons, so my brother started first. We had an old upright on which I started picking out tunes from that time, you know, from the big band era, but of course I didn't know, for example, that “In The Mood” was a 12 bar blues. My awareness of jazz, as an art form, came much later in my teens. A violinist friend of mine, who played jazz piano on the side, was actually one of my first teachers. I started listening every midnight to the 2 hours program “Voice of America” - Willis Conover's jazz radio show. What turned me on to jazz first, was not the big bands, or be bop, (I couldn't hear at first what Bird was doing) but the later, cool stuff - Miles & Gil, Bill Evans, and especially M. J. Q.”

In 1960 Leviev graduated from the State Music Academy in Sofia, eventually becoming the Musical Director for the state drama theater, and the Bulgarian radio and television big band. He also led the “Jazz Focus” Quartet which won a prize at the first Montreaux festival in 1967. He moved to Los Angeles in '70 and became a U.S. citizen in 1977. In the years from 71-77 He began a memorable stint with Don Ellis. Leviev remembers:

“The biggest impression a jazz musician had on me between 1955 (the year I started listening to jazz) and 1970, was Don Ellis. His orchestra was the first jazz group I saw in America, not only saw, but had the pleasure to occupy its keyboard chair for 7 years. I'll say one thing about Don: he could play New Orleans jazz as good as Wynton, (if not better), but his musicality led him to new, unexplored things with the time elements in music. He studied the folk music of India,Turkey, Bulgaria, and achieved highest results in terms of swinging, and grooving on odd meters. So, imagine what this was for me: a dream come true. I not only played, I wrote for the band. We recorded a double disk LP, “Tears of Joy”, live in 1971, (Columbia never released it on CD) - a lot of our highest quality music was played then.”

This magnificent jazz pianist has worked with the major players on the music scene namely, Art Pepper, Billy Cobham, Roy Haynes,Ray Pizzi, Charlie Haden, Ray Brown, Oscar Brashear, Mundell Lowe, just to name a few. He has recorded live at the legendary Ronnie Scott's in London. Leviev led a bop inspired quartet that featured Art Pepper, they recorded the superb albums “Blues For The Fisherman” and “True Blues” at this time. He also recorded with Gerald Wilson's big band and with Charlie Haden as well in '86. Milcho Leviev has a marvelous sense of humor that is revealed in the music he plays, there is a constant shift of ideas in his solos, He can be in a bebop mode and shift midstream to the fascinating mystique that he is famous for, with a bit of Monk added as an aside. His amusing attitude toward life is summed up in this hilarious anecdote:

“The 22 piece (we had strings) Don Ellis Orchestra toured the U.S. extensively in 1971 on Greyhounds, sometimes we had to cover more than 600 miles a day. One sunny Sunday, while the band was having lunch in downtown Omaha, Nebraska, I, not being hungry told my friend Sam Falzone the sax player, that I was going to take a stroll. “Stroll!” said Sam, “are you crazy man, with your big black beard, black hat, and your hippie look, alone, Sunday, in downtown Omaha?” Nevertheless I took my stroll. In the middle of it, a beggar asked me for a dime. I gave him some change, and forgot about it. Approaching the restaurant, where the band was finishing its lunch, I noticed a police car pulling in front of the restaurant. Before I understood what was happening, the cops pushed me in the car, and sped away with me. In the police station they took my fingerprints, and conducted a thorough search. I asked “Would you tell me what are you looking for?”, “Shut up”, said a cop, and brought me to a cell where the beggar was. “Do you know this man?” asked the cop “I gave him a dime” said I, “A dime, eh,” the cop replied sarcastically. To make the long story short - they had suspected me of making a drug connection!. It got cleared, but at one point during the interrogation, an officer asked me: “Do you have a record?” I said: “Yes, we just recorded one live, it's called 'Tears of Joy'.

From 90-95, Leviev did solo gigs in Europe and in 1995 he received an honorary degree and a prestigious award from the Paris Academie Internationale des Arts. He has lectured at The University of Southern California on composition and improvising. Milcho is currently leading a highly acclaimed trio, “LESENTU” which includes Pat Senatore a gifted Bassist and Kevin Tullius on Drums. The piano artistry of Milcho Leviev has made him a revered member of the major jazz innovators of this century. Show less 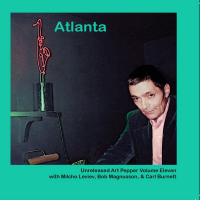 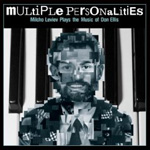 Concert By The Black...

All About Jazz musician pages are maintained by musicians, publicists and trusted members like you. Interested? Tell us why you would like to improve the Milcho Leviev musician page.