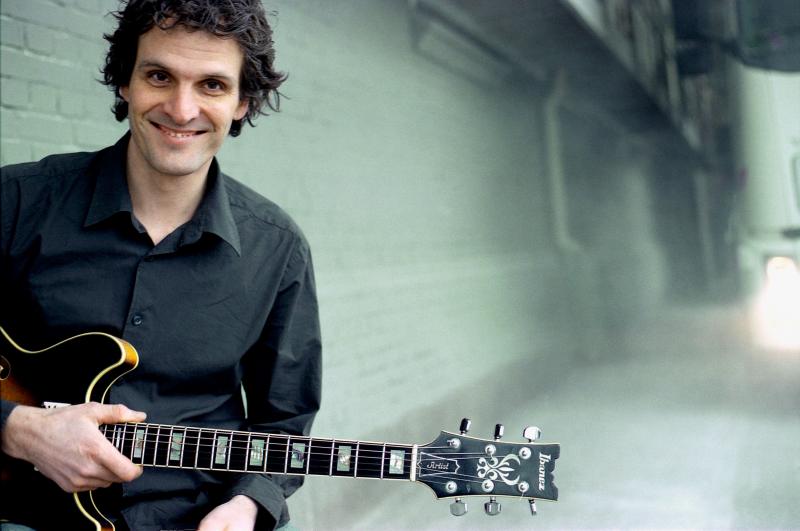 view slideshow
BY TORBEN WALDORFF
August 18, 2011
Sign in to view read count
Meet Torben Waldorff:
Born and raised in Denmark. Went to Berklee for four years. Have two CDs out on Swedish label LJ-Records. Signed with ArtistShare in New York 2006, with three CDs out—Brilliance, Afterburn and American Rock Beauty, all with saxophonist Donny McCaslin, a friend from the Berklee days, plus drummer Jon Wikan and bassist Matt Clohesy. Sam Yahel is also on Afterburn, while Jon Cowherd plays on American Rock Beauty.

Article on ArtistShare projects in Musica Jazz (I). Afterburn and American Rock Beauty appeared on "Best CD of" 2008 and 2010 in many countries, incl. Jazz.pt (PT), Something Else Reviews (US), Montreal Gazette (CA), No Depression (US), Jazzman (F), Weekendavisen (DK).

Teachers and/or influences?
For influential teachers, I'd say that my two years studying with Herb Pomeroy at Berklee and two years with Charlie Banacos in Magnolia MA. They left me with never-ending inspiration, unafraid to go to work and approach this music from the atoms as well as from the bigger picture. Extremely demanding in the studies of sound, both these men had such a deep humanistic vibe about all of it and it's such a fertile mix. Best ever. Sometimes when I hear Duke Ellington, which for many years have been my main listen, I get Herb showing up talking about music, sharing, he was so much in that vibe.

I knew I wanted to be a musician when...
Parents said next time Jimi Hendrix plays in Copenhagen you can come too.. I was six, Jimi died, and I made cardboard instruments to loud music like Jimi and the The Rolling Stones, until some hippies in the neighborhood gave me an electric guitar and my mother's new man moved in with a Vox AC15 amp. It got loud; I still have the poor thing. Sometimes I can't believe I'm still doing exactly the same thing.

Your sound and approach to music:
My sound..I love to connect my beautiful Sadowsky guitar to pedals and great amps and play with people. Time, sound, harmonies, lines, melodies. It's so intense.

When I come up with music for my projects it's mostly by some sort of (elaborate) accident. It comes from feeling, and more often than not the melodies seem like they were there all the time, I just have to get myself to a place where I can reel them in. Sometimes I think it's not much effort, but getting to the position in life is, for sure. Sometimes my tunes take me in a different direction than I thought I might—and would like—but I don't care.

Your teaching approach:
In teaching I would really aspire to have some of what Herb and Charlie Banacos had. A humanistic thing that becomes a lasting inspiration and help, somehow coupled to the details of the music. And being the boss of a musical situation is for somebody else's band; I instill for both students and co-musicians to figure out what to do in the music. Sometimes that makes people confused for awhile. Everybody's full attention and engagement is a good sound.

Your dream band:
I want to play with Brian Blade; He's really good.

Road story: Your best or worst experience:
10 years ago, me and Ingrid Jensen, Mattias Welin, PA Tollbom, on tour in US, I had a gig as the closing act of some sort of mini-festival at the C-Note in the East Village. When we arrived, which nearly cost Mattias the head of his bass from sticking out cab window, we could see the place wasn't all that packed, no-one was there to receive us, and the band, a rock trio, announced this was the last tune for tonight's program. With seven people in the crowd, we took off to a restaurant.

At last summer's Rochester Jazzfestival [2010], with Seamus Blake and Henry Hey, as I am about to start a show in front of some 700 people, the guitar amp went dead. The tech got it right and the mishap actually turned into a nice and loose vibe. Good excitement.

Favorite venue:
55Bar is a great space to be in and play, I like that place. I also like Village Vanguard, but I haven't played there yet!

Your favorite recording in your discography and why?
Duke Ellington, 1930-40s, that's the matrix. It's always amazing to come back to Michael Jackson, for sure, he probably holds some of what Duke held. Trio 1961—Jimmy Giuffre, Paul Bley, Steve Swallow. Ornette Coleman's Dancing in Your Head. This is all such imaginative music, it's unbelievable

The first Jazz album I bought was:
Wanting to make a shift in direction to jazz at 17 or 18, my first jazz album was Oscar Peterson and Joe Pass duo. Turned out Oscar Peterson was playing cembalo, which kind of made me wonder what I had done. I regressed and bought Frank Zappa's Ship arriving too late to save a drowning witch, before I went for Miles Davis' Man With The Horn, which was my major thing until I started to dig back in time and found all the other stuff.

What do you think is the most important thing you are contributing musically?
Still playing, figuring new stuff out.

Did you know...
I tried to become a farmer; I thought, for awhile, that driving a tractor and milking cows was happiness. Studied for year, but when I got to a farm and worked I was sent away—the farmer could tell I was misplaced. So I snapped back to guitar.

What is in the near future?
Setting up tour for spring 2012—Europe, US, Canada.

If I weren't a jazz musician, I would be a:
Maybe a helicopter pilot, I love those things. But they are even more expensive than a jazz career. I'm also into cooking, but I don't know that I would enjoy the pressure of the pro chef.