With Louis Armstrong as inspiration, Herb Pomeroy chose the trumpet as his instrument. By age twenty-five, he had performed with Charlie Parker, toured with Stan Kenton and Lionel Hampton and recorded with Serge Chaloff. Herb Pomeroy became known as a "musician's musician," a leader in big band jazz, an improviser of uncommon stature, a legendary educator at the Berklee College of Music for forty-one years and founder and director of the Festival Jazz Ensemble at MIT for twenty-two years. By the age of twenty-two audiences already had identified Pomeroy as an exceptional trumpet player. He left Harvard University after one year to join the legendary Charlie Parker Quintet 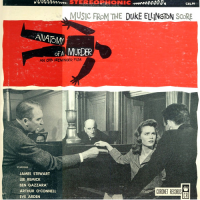 Bob Freedman was a wonderful arranger and ardent JazzWax reader. His finest arrangement was And We Listened for Maynard Ferguson's A Message From Newport (1958). He finest album was the little-known Jazz Themes From Anatomy of a Murder. The album was recorded at Boston's Ace Studios for the Coronet label in 1959—the same year Otto Preminger's ...

Jazzkaar Tallinn, Estonia April 23-28, 2019 Towards the second half of Jazzkaar, there was an invasion of starry Americans, overwhelming the normally quite striking wealth of indigenous Estonian talent. As ever, the fundamental structure of this 10-dayer revolved around its two main stages in the Telliskivi Creative City, Vaba Lava ...

Boston trumpeter and educator Herb Pomeroy was known largely for his big band work as a leader and sideman. But in the early 2000s, Pomeroy led a gorgeous, romantic working trio consisting of Pomeroy on trumpet, Anthony Weller on guitar and David Landoni on bass. The group recorded three albums—two live and one in the studio. ...