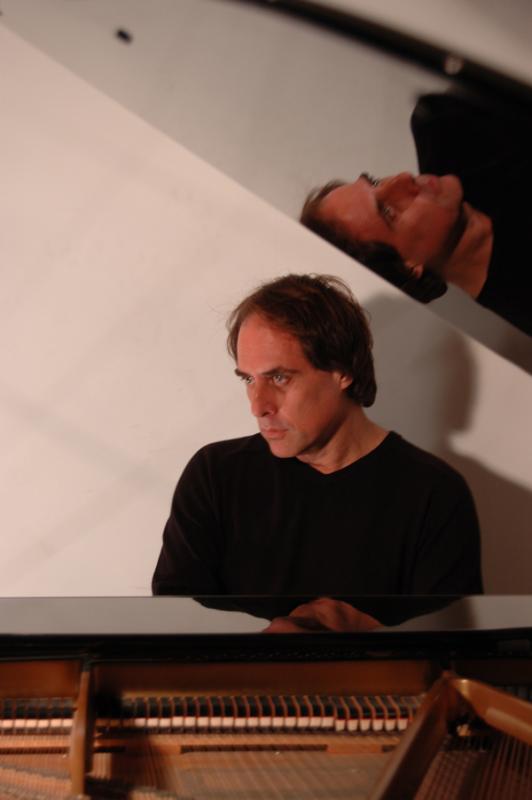 Eddie Reyes has evolved a unique and personal style on the guitar. Although for much of his playing career he has focused on electric jazz guitar, he now turns mostly to the acoustic. He has evolved his style from, first, a fascination with Brazilian Jazz to his present passion, Flamenco. In the process he developed a way to fuse the authentic rhythms and style of playing inherent in Flamenco with his contemporary jazz language and sensibility.

He has long been taken and involved with the wonderfully evocative rhythms of the Caribbean, specifically the complex and beautiful sonic tapestry that flows from the Afro-Cuban percussion tradition—Rumba, Guaguancó, Yambú and especially the sacred music of Bata, a music that evolved from a deep and longstanding African folkloric and spiritual practice.

Wanting to give voice to these eclectic influences, he created and produced a special "World Jazz" recording project that he christened Lost World.

As a composer in musical theatre, he is currently at work as composer/lyricist on a large-scale Broadway musical celebrating the great inventor Nikola Tesla: Tesla, the Elektrical Spectacle. He also composed the score for Dorian Gray, his adaptation of Oscar Wilde's classic The Picture of Dorian Gray.

Presently based in Los Angeles, he also works in film & television as a composer.

I knew I wanted to be a musician when...
I took up the guitar and just couldn't put it down. And after a start in an education in electrical engineering, I had an epiphany on the streets of Berkeley, CA and subsequently gave up a significant amount of scholarship money to study jazz at Berklee College of Music.

Your sound and approach to music:
Melodic music that connects with people while at the same time probes just underneath the surface with interesting harmonic complexities and subtleties.

Your teaching approach:
Opening the flower that sleeps within...

Your favorite recording in your discography and why?
"Muana," from Lost World. It represents the merging of three of my significant passions: Flamenco, Jazz, and Bata. It also nicely mirrors the kind of musical language that I like to project.

The first Jazz album I bought was:
Miles Davis—Seven Steps to Heaven

What do you think is the most important thing you are contributing musically?
I hope I have a unique voice.

How would you describe the state of jazz today?
Jazz is a vibrant and dynamic music that will never die, no matter what the economic circumstances and challenges are for the music. It's just too powerful and doesn't pay homage to the purely commercial approach to music we see in the world.

What are some of the essential requirements to keep jazz alive and growing?
Young people are the vital force that recognizes and resonates with the true essence of jazz and will continue to lead it to its next phase.

How did you discover flamenco guitar?
Wandering through Tower Records ( remember those days?? ) I heard the most beautiful and captivating guitar music wafting through the store. It was Vicente Amigo, the wonderful young lion of the instrument, who himself has a bit of a jazz bent in addition to being a truly amazing authentic "flamenquista."

Then in 2000 I was visiting Spain, specifically Madrid and Andalucia, with my wife for the first time. I wandered into a luthier's shop in Madrid, and for the first time played a true flamenco guitar—made by a master. I was immediately "interested" in this different type of guitar. I had spent years playing Brazilian nylon string jazz guitar, and had even bought a Brazilian guitar in Rio years ago. But this was something else. After 2 weeks of visiting the south of Spain -Granada and Sevilla -and trying out other flamenco guitars there, it was clear that something was happening.

Returning to Madrid, I had one night left, New Years Eve. Early that evening, right across the street from the hotel I was staying at, I wandered into yet another guitar shop, and I couldn't stop myself -I bought my first flamenco guitar. I played it everywhere: airport waiting lounges and nooks and crannies all over the place, wherever I could grab yet some more time with my new companion. Such was the power of this amazing instrument. I haven't put it down since.

If I weren't a jazz musician, I would be a:
Writer

What do you find most rewarding about being a jazz artist?
The music is its own reward. The process is so incredible, to be in the moment with the playing, the writing. And... anything goes!

Did you know?
I have always liked building things: electronic equipment, intricate leather gig bags for my guitars, anything with wood. In the day I even made a Leslie speaker for my guitar rig out of a 30-gallon drum, a 12" speaker, of course, and a rotating wooden cylinder powered by a small motor. Incidentally, that little motor's design and construction was based on the motor that my current hero, and the subject of my latest musical, Nikola Tesla, invented, designed and built for his AC system to great acclaim in the 1890's!