Bobby Militello has played with many artists for the last 4 decades, along with leading his own groups. Since 1982 he has been playing alto & flute with the Dave Brubeck Quartet and has recorded over 20 cds, played with almost every major orchestra in the U.S., Canada and Europe, appeared in many International jazz festivals, television and radio shows. A childhood dream come true, his tenure with Dave Brubeck has proven to be one of the highlights of his life and career. From 1975 to 1979, Bobby played with Maynard Ferguson, also a childhood dream, on baritone sax and flute. During his tenure with Maynard, he appeared in the Downbeat Readers polls from 1976 to 1979 on bari and flute and received critical acclaim in numerous articles and reviews throughout the United States and Canada 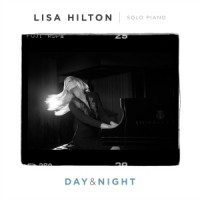 Meet Lisa Hilton:Lisa Hilton is considered one of the most distinctive composers and pianists in jazz today. Trained as a classical pianist but with a degree in art, she has created her evocative, individualistic and impressionistic “sound paintings" for over a decade as a leader. In the book, The New Face of Jazz, Hilton ...

Meet Lisa Hilton: Pianist Lisa Hilton is driven to compose. Her compositions--rich in blues inflections and soul--make precise use of harmony and rhythm, welcoming audiences into a unique exchange between composer and listener, a human intersection where magic happens. The result is a fresh sound that is evocative, engaging and infused with 21st century ...

MAYNARD! becomes the first new book on bandleader and jazz trumpet phenomenon Maynard Ferguson in nearly a dozen years. It's 240 pages of raw MF as remembered in interviews by 30 musicians and others from his earliest U.S. gigs in the late 40s to the peak of his career on Columbia Records in the 70s. Grammy ...