You don’t have to apologize if you don’t know who Moacir Santos is. Many people are oblivious to the works of the arranger and songwriter, regarded by the critics and researchers as one of the most innovative talents in the history of MPB. But from now on, there are no more excuses: the album Ouro Negro, produced by musicians Zé Nogueira and Mario Adnet, is coming out. The CD (released on the label MP,B) features the two instrumentalists performing the sophisticated music of Santos—who is 75 years old and has lived in Los Angeles for the past 3 decades.

In fact, the “secret” around Moacir Santos is not that secret. The arranger, born in Pernambuco (northeastern Brazil), is regarded as a walking encyclopedia in the realms of Brazilian instrumental music. Without hesitation, artists like João Donato, Dori Caymmi, Paulo Moura and Sérgio Mendes will testify to that statement. The late Brazilian guitar ace Baden Powell was Moacir’s pupil, once, and revered his master on the song Samba da Benção.

On Ouro Negro, saxophonist Zé Nogueira and guitarist Mário Adnet lined-up an all-star team, so as to reproduce the original arrangements written for the 28 instrumental pieces picked for the album. Besides the attention to the music, lyrics (written by Ney Lopes) were added to some of the originally instrumental numbers. That’s where big MPB singers come in: Milton Nascimento, Ed Motta, Djavan, Gilberto Gil and João Bosco, among others, appear on the new versions.

The best moments of the record are the covers of tracks from the album Coisas (1965), Moacir’s most famous release—considered a classic, which featured his most well-known song, Nanã (Coisa No 4), also present in Ouro Negro. The influence of Africa (noticed on Kamba, originally written in 1975) and its Brazilian northeastern portion (clear on Jequié and Maracatu) complete the sound spectrum of the double-disc.

Moacir himself supervised the recording sessions produced by Adnet and Nogueira. The work on Ouro Negro is the latest addition to a remarkable résumé. Coming from a poor family in the countryside, Moacir gained status as an arranger while working on the radio in the 1950s, at the same time when he was studying music with maestro Guerra-Peixe. In the ‘60s, he wrote various soundtracks for the movies. After settling in the USA in 1967, he made records for the renowned jazz label Blue Note, wrote soundtracks in Hollywood and worked with Sérgio Mendes. Show less

The Genius of Moacir Santos on Freedom Jazz Dance 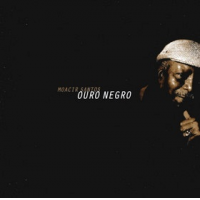 All About Jazz musician pages are maintained by musicians, publicists and trusted members like you. Interested? Tell us why you would like to improve the Moacir Santos musician page.