Moacir Santos: Music in His Blood 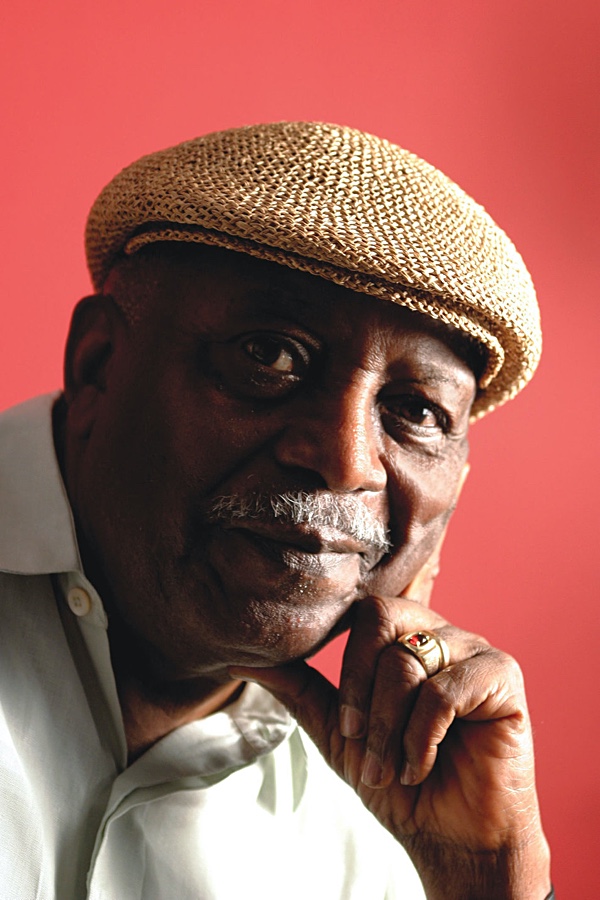 Moacir Santos speaks slowly, struggling from the after effects of a stroke suffered eight years ago. The 78 year-old also labors with his English, which doesn't come to him as easily these days as it did in the years after he arrived in Southern California from his native Brazil in 1967. He prefers to speak Portugese.

The words are slow, but heartfelt. They describe music and Santos' feelings about the art form to which he dedicated his entire life. Santos, you see, while relatively unknown in the U.S., is a legend among the great musicians of Brazil and a living monument to the musical treasures that have come from that country. He has been a composer, arranger, player (mostly reeds) and teacher for decades. For all his life, really. His legend has it that as a child of 3, he conducted other toddlers in a form of organized music in a poor neighborhood in Pernambuco, where he was born. Is that the creation of some fanciful writer?

No, says Moacir. He says he has memories of conducting a band of five children on makeshift instruments in his neighborhood. The temperatures were very hot, he recalls, so in this poor village the kids were naked.

"Can you imagine, a band of little children conducted by Moacir, without any clothes?" he says fondly. "In the street!"

His glee shines through with the recollection. His physical struggles are vanquished for the time being and there is sparkle in his manner. "I think I was born with music," says Santos from his California home. "When you called, I was listening to Brahms, Chopin. All my life is music, music."

The recent release in the United States of Ouro Negro (Black Gold) is a testament to his talent, showcasing some of his famous works written years ago. The songs are all re-done by a young and talented band of Brazilian musicians, but they capture the feeling of Santos. Even though he helped supervise the sessions, he is still amazed by how well—and how true to original form—the music turned out.

The album is a gem, showing all colors of Latin music, but with other influences, because Santos studied classical forms as well as the Afro-Latin grooves that are part of his heritage. The music on the discs seems to have more nobility than many forms of Brazilian music heard over the years. Santos is one of the sources of that music, having taught the likes of Oscar Castro-Neves, Baden Powell, Mauracio Einhorn, Geraldo Vespar, Bola Sete, Sergio Mendes, Dom Um Romao, Joao Donato Dori Caymmi, Airto Moreira, and Flora Purim, among others.

The music blares, struts, floats, chirps, dances. It's dense in parts and gentle in others. It speaks to the head and heart and has qualities that Americans might not normally associate with Latin music, because Santos has all these things in his soul and gets them out. It is rich in rhythm and melody and harmony. It is rich in spirit. And kudos should go to Nogueira and Adnet, who redid the charts to Coisas, including "Thing no. 5," also known as "Nana," perhaps Santos' most well known number (recorded some 150 times, they say, by people including Herbie Mann and Kenny Burrell), by listening to the original recordings. That's because the originals scores were lost when the Forma label was sold to Polygram.

The ultimate compliment to the music comes from the man himself.

He says that when he listens to the album, "tears come' Two days ago I was listening to the album and cried a little bit." On the album, "they were executing ' the music and musicians' the thoughts I need to express. It's very mysterious to me'some things I didn't write, they did exactly what I should do' my sensitivity' very mysterious' as a result of this, I cry."

Ouro Negro is a long overdue representation of a master.

Around the time Santos was conducting his naked band of children, his mother died. He was taken in by a family who sent him to school and to music lessons. He says he used to hang around musicians in one Brazilian village. The band members saw the great interest the youngster showed and they let him take care of instruments when they went on break. As a result, "I got to play all of these instruments."

As Moacir grew, he left home and found work as a saxophonist, arriving in Rio at the age of 22. He eventually became a conductor and worked for Brazil's R'dio Nacional, which he compared to BBC radio in London, arranging music for live programs, his days there running from 10 in the morning until 10 at night. He was involved in musical studies, as well as various other musical settings over the years, releasing Coisas in 1965. Two years later, he moved to the U.S. and got involved in writing for films. Much of the film work was ghost writing, he says, but he did get credit on 1985's "Final Justice."

But before that time, he taught music to many from his homeland who went on to become famous, particularly during the bossa nova craze "when it appeared 20, 30 years ago," he says. "Everyone in the city of Rio de Janeiro wants to study with Moacir," says Santos, "even some who could never study with him." The most notable icon of bossa nova did not study with Santos, he admits. But there was a long, friendly association between Moacir and Antonio Carlos Jobim.

"Jobim was a very good friend of mine" who called on Santos for counseling about an album he was doing when the two were in Los Angeles. Moacir recalls Jobim asking about the album Maestro, which was Grammy nominated. "We were very close friends. He was very close to me' He would come by my home and drink and talk about the music, but I never taught Jobim."

Santos taught music, in addition to his composing and movie work, for a long time in California. In 1996, he was decorated by the President of the Republic of Brazil with the prestigious Oficial da Ordem do Rio Branco honor. These days are quieter for he and his wife, Cleonice. But in March, he was able to attend a performance of the Ouro Negro music at a jazz festival in Brazil.