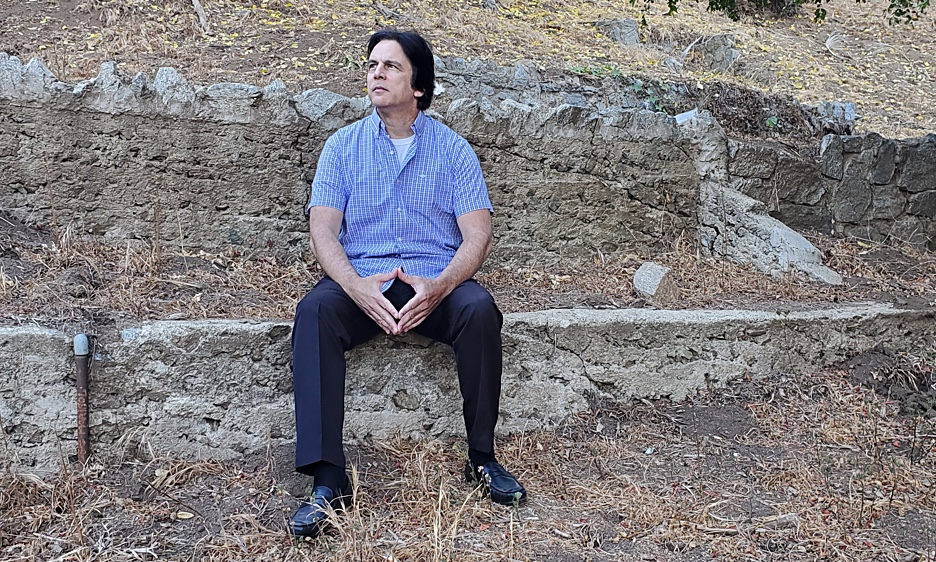 Pianist/keyboardist/composer Arie Salma is a versatile musician who focuses on Jazz-Fusion music, many times with World influences. Born to Spanish parents in Israel, Arie was exposed to elements of flamenco, Latin, African and Mediterranean music, which he likes blending with his Jazz playing and compositions.

Arie was introduced to Jazz as a young teenager, listening to giants such as Chick Corea, George Benson, Bill Evans, Oscar Peterson, Weather Report and others. After completing his musical degree in Rimon School of Jazz in Israel, and playing aside with many local famous artists, Arie moved to the US. He took part in a variety musical projects, many of them being his own creation. In 2010, Arie created the Flamenco-Jazz musical group Sonido, along with Guitarist Rob Math. Contributors to the band were Drummer John Ferraro, Bassist Hussain Jiffry, Percussionist Bob Conti and legendary Percussionist, Alex Acuña. The band played in many known Jazz venues in the US. Arie has also collaborated with various world artists such as renown multi-instrumentalists, Omar Faruk Tekbilek and Grammy awarded Brazilian singer, Luciana Souza, Bassist Carlitos del Puerto and others.

Influences: Chick Corea, George Benson, Bill Evans, Oscar Peterson, Weather Report, Yellowjackets, George Duke, McCoy Tyner. I am mostly self taught. I did however complete Rimon School of Jazz and Contemporary Music in Israel back in the day. And my beloved mother, who I got the musical ear from. She used to sing to us since we were babies

I heard my older brother play the guitar with friends. He was a guitarist (now mostly a hobby for him...). He used to play the entire George Benson record Breezin' including all the solos, and I (8 years younger ) used to fix him if there was a wrong note. :-)

I always prefer real drummers and bassists over loops. Love the sounds of pianos, electric pianos, synths. I love to hear how the artist struggles to really play. This is the human factor that makes music (particularly Jazz) great to me. I don't enjoy too much listening to machines playing instead of people. It would be great as an addition but not as the core.

Teach the ear first. Improvisation comes from the ear and the imagination. Then you need to develop the technical skill to perform it. But the best always comes when one is not bound to the chart, and music flows naturally.

My latest album Brazilian Muse. Especially the first three tunes, they sounded good even before mixing, thanks to the great job done by the talented friends/musicians.

I was exposed to a big variety of music from different cultures. Music brings more people together when it reflects that. I also learnt mostly by ear, so I play what I feel without the barrier of needing to think about which notes would theoretically work

Chick Corea's Light as a Feather. Many Jazz musicians were exposed to traditional Jazz first, then explored the more modern styles. For me it was the opposite -I started with Jazz-Fusion, then went backwards to explore the traditional.

That's a serious question...:) In short, it was depressing for a decade of two. Music became quite shallow, minimal harmony, no solos, auto-tuned vocals, too many samples. It looks like there is a big comeback now for real Jazz and Fusion. Many amazingly talented young people out there. I thank open platforms such as YouTube for this.

Music Education. Studying music brings exposure to the history of music, and passion that is derived from socializing with other music lovers. And emphasis on truth, not fake b###. Jazz is real . One needs to be real to play Jazz or listen to Jazz. And someone needs to take a deep look into the over-commercializing of so called Smooth Jazz. Some of it is good. Some is not even Jazz. Some people thing Jazz can be anything. It's not true. Jazz emanated from specific roots and has specific characteristics. Not all of them have to be met in order to be called Jazz, but one needs to be aware of them and respect them if they want to call it Jazz.

None. No seriously. I used to. But like other skills, you discover that the key is to be yourself and to be in the moment. If you're worried to much , you will not sound your best.