An excellent drummer both in big bands and combos, Charli Persip changed his name from Charlie in the early '80s. He had early experience playing locally in New Jersey and with Tadd Dameron (1953), but gained his initial recognition for his work with Dizzy Gillespie's big band and quintet (1953-1958). In 1959, he formed his own group, the Jazz Statesmen, which featured a young Freddie Hubbard. Persip appeared on many record sessions in the 1950s and '60s with such players as Lee Morgan, Dinah Washington, Red Garland, Gil Evans, Don Ellis, Eric Dolphy, Roland Kirk, Gene Ammons, and Archie Shepp, among others

This week we open with the Greg Abate Quintet and then go on marking the Charlie Parker centennial. Champian Fulton has a new album honoring Bird, Birdsong and we hear her take on “Yardbird Suite." There are profiles of Kenny Washington, Daniel Hersog and Hal Galper. We also pay respects to musicians that left us in ...

Concertgoers must have been forced back in their seats by the intensity of Sam Rivers opening foray at the 1977 Berlin Jazztage Festival. After an annunciatory tenor saxophone burst, he goes for the jugular with fierce vocalized overblowing atop a churning four piece rhythm section. But if that sounds forbidding, then like the audience, listeners to ... 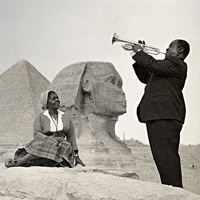 Jazz Ambassadors THIRTEEN Productions 2018 Here, long overdue, is a comprehensive documentary about the legendary jazz musicians in the 1950s who served as “cultural ambassadors" under the aegis of the U.S. State Department, touring Europe, Asia, Africa, and the Soviet Union. The film comes sixty years after the fact. As Americans continue ... 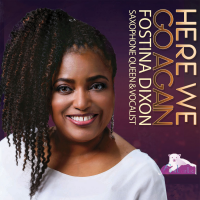 First Single “Prayer of Jabez” is a Tribute To Marvin Gaye, Whom She Toured with for 4 Years Wilmington, DE: As a highly-regarded, in-demand composer, vocalist and jazz soloist who plays soprano, alto and baritone saxophones, flute, and clarinet, Fostina Dixon has been honing her craft for decades as a guest soloist with Abbey Lincoln, Barry ...

Hyungjin Choi: Tales of a Dreamer 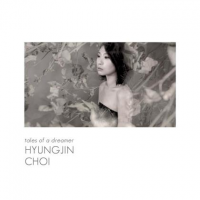 Wallace Roney: In the Realm of Anti-Gravity

Much is made of trumpeter Wallace Roney coming from the Miles Davis school, a mentor-protégé situation that blossomed in the 1980s that Roney is very proud of. But that wouldn't be telling the whole story of the Philadelphia native who, in his prime years, has become one of the world's finest trumpet players, and a musician ...