An excellent drummer both in big bands and combos, Charli Persip changed his name from Charlie in the early '80s. He had early experience playing locally in New Jersey and with Tadd Dameron (1953), but gained his initial recognition for his work with Dizzy Gillespie's big band and quintet (1953-1958).

In 1959, he formed his own group, the Jazz Statesmen, which featured a young Freddie Hubbard. Persip appeared on many record sessions in the 1950s and '60s with such players as Lee Morgan, Dinah Washington, Red Garland, Gil Evans, Don Ellis, Eric Dolphy, Roland Kirk, Gene Ammons, and Archie Shepp, among others. He was with Billy Eckstine during 1966-1973, was the main drum instructor for the Jazzmobile in the mid-'70s, and has led his Superband (a part-time big band) since the early '80s, recording several dates.

After having performed with Tadd Dameron in 1953, Persip gained recognition for his work with Dizzy Gillespie's big band and small groups, playing drums for Gillespie through 1958. In the 1950s and 1960s, he also performed with many other notable jazz musicians, a small sampling of whom includes instrumentalists Lee Morgan, Harry "Sweets" Edison, Phil Woods, Eric Dolphy, and Archie Shepp, and vocalists Dinah Washington and Billy Eckstine, in whose band he played drums from 1966 through 1973.

In the 1970s, Persip was the main drum instructor at New York's Jazzmobile. He has also led groups of his own, including the Jazz Statesmen in 1959 and, since the 1980s, Superband, with which he has recorded several albums.

Gretsch endorser with Dizzy Gillespie's Big Band. "Gretsch really came up with a drum that had the right sound for the day". 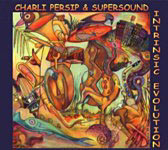 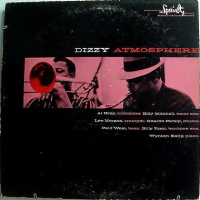 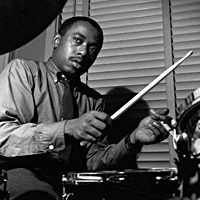 All About Jazz musician pages are maintained by musicians, publicists and trusted members like you. Interested? Tell us why you would like to improve the Charlie Persip musician page.