Maximize your visibility at All About Jazz by upgrading your musician page from standard to premium. With it, you'll receive All About Jazz home page exposure, a highly stylized / ad-free musician page with bonus features and benefits, an ad, plus you control where you sell your music and so much more.
Learn More
361 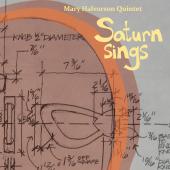 The arrival of a new star in the jazz guitar cosmos, and the chance it offers to wrest a little more of the instrument back from the smooth and fusion apes, is always something to celebrate. The emergence of Brooklyn-based Mary Halvorson, who debuted as a bandleader in 2008 with Dragon's Head (Firehouse 12 Records), has been accompanied by even more bunting than usual. "The most impressive guitarist of her generation" was an early verdict in All About Jazz. "Probably the most original jazz guitarist to emerge this decade" agreed the Chicago Reader. Neither opinion was hyperbolic. Halvorson is, indeed, the real thing, and she sounds like nobody else.

A featured member of bands led by reed players Tim Berne, Ingrid Laubrock and Anthony Braxton, trumpeter Taylor Ho Bynum and pianist Myra Melford, among other luminaries, Halvorson has form. Inevitably labelled an "outside" player because of the company she keeps, Halvorson defies the stereotype by also being easy on the ear. She employs dissonance and microtonality, but within the context of harmonically pleasing arrangements; she messes with the beat, but recognizes the connective power of motor rhythms; she's comfortable with rock grooves, but can swing like Jimmy Raney; she favors extended, single-note lines, but punctuates them with rapidly strummed, almost scrubbed, chord clusters, such as Johnny Smith might deliver on acid; she's a compelling soloist, and also a brilliantly supportive accompanist. She pretty much has it all.

Saturn Sings is the follow-up to Dragon's Head, and features bassist John Hébert and drummer Ches Smith, who together completed the trio which made that album, augmented by trumpeter Jonathan Finalyson and saxophonist Jon Irabagon. Halvorson has made the most of the harmonic possibilities offered by the addition of two horns, who with the guitar create gorgeous three-part harmonies during the theme statements. The harmonies, says Halvorson, were influenced by such diverse inspirations as trumpeter Clifford Brown, singers Sam Cooke and Marvin Gaye, pianist Thelonious Monk, saxophonist Archie Shepp and composers Alexander Scriabin, Dmitri Shostakovich and Robert Wyatt.

Once the themes are out, the quintet generally adopts a straightforward soloist-with-backing format—albeit a limber, interactive backing—with little collective improvisation, at least as that description is generally understood. Halvorson is the main soloist, but Finlayson and Irabagon step forward regularly, and Hébert and Smith get opportunities too. After Halvorson herself, Irabagon is the most charismatic soloist, his flexible embrouchure creating its own microtonal moments.

Outside but also inside, adventurous but also accessible, Saturn Sings is a new sound from a new star.