Jon Irabagon, winner of the 2008 Thelonious Monk International Saxophone Competition, has performed extensively as both a sideman and as a leader in an ever-expanding range of projects, from the most straight ahead to the most searching. Jon has studied under such divergent artists as Dave Liebman, Wynton Marsalis, Dick Oatts, Jason Moran and Victor Goines, and has performed and/or recorded with musical luminaries such as Billy Joel, Wynton Marsalis, Bright Eyes, Tom Harrell, Tommy Iago, Joe Lovano, Dave Liebman, Deborah Gibson, John Abercrombie, Frank Wess, Wycliffe Gordon, Renee Fleming, Kenny Washington, Lou Reed, Jenny Lewis, Ron Sexsmith, and Ken Vandermark 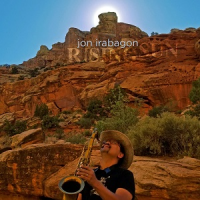 Perusing hundreds of new jazz albums is a trying job. But somebody's got do it. And we do it so you don't have to. So please sit back, relax and enjoy some the most delicious bites of the gargantuan meal that artists and labels have been cooking out of late...A musical bon appétit!